Agents of S.H.I.E.L.D. considerably raised the stakes this week in, “The Singularity”, though that’s to be expected, given that the team has to recover from the shocking betrayal of Daisy, now infected and controlled by Hive, at the end of last week’s episode. As the base struggles to regroup and re-fortify itself, Coulson immediately gets to work on preparing ways to bring Daisy back into the fold, with Lincoln also determined to do whatever it takes to bring her back.

Another focus this week however was on Fitz and Simmons, who have finally decided to begin pursuing their romantic attachment to one another. It’s good timing as well, since Coulson sends them on a mission together, to make contact with a transhumanist doctor that’s been developing ways to make animals resistant to parasites. Since Coulson believes that the doctor can develop a way for Inhumans to resist Hive, the race is on to get to the guy before Hive and Daisy do. 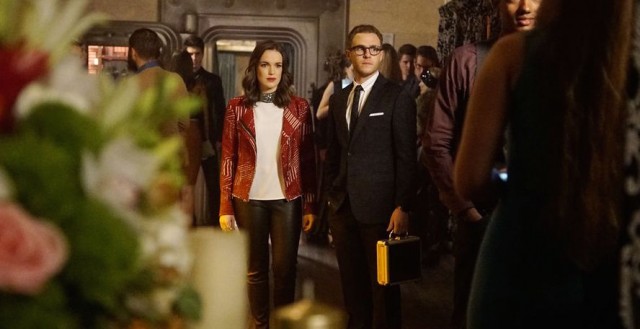 This episode did a great job of balancing the two major storylines that were at play this week, while also delving into a strong subplot involving Daisy sinking into the influence of Hive, as he begins to put together his own Inhuman task force. Daisy’s interactions with Hive were effectively unsettling, especially as she sees that the memories of Grant Ward still live in on Hive’s host body. Hive even refers to Daisy as, “Skye” before she corrects him, recounting the story of how she came to accept her birth name after the conclusion of Season Two.

The way that the show is playing toward Daisy’s constant longing for a family works well, especially when it comes out that Hive is not like any other parasite in the known world, instead strengthening its Inhuman hosts by drawing out their positive, strong feelings, and flooding their brains’ pleasure centers so that they become agreeable to everything Hive thinks and feels. Despite that though, Daisy’s actual need for a new family is spotlighted well, since she feels that Hive is finally giving her the family that Coulson and Jiaying never could. It makes you wonder; How much is Hive actually controlling Daisy, when it seems like Daisy is all too willing to go along with the cause of the villains via her own volition? 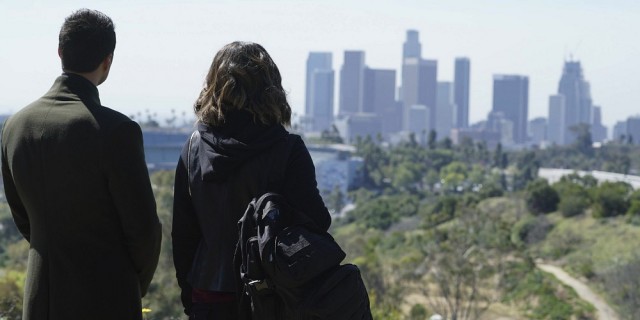 Meanwhile, with Fitz and Simmons, who are overseen from a hotel room by Mack, the two enter the secret party of the doctor they’re looking for, and pretend that their comms are broken to discuss their growing relationship further. They don’t get to do so for long however, as they’re soon led to an operating room, where the doctor they seek is agreeing to meet with them, if they can install the prosthetic eyes that Fitz made to lure the guy out within a live patient. After steeling her resolve, Simmons prepares for surgery, but soon sees something wrong with the patient’s eye, and stabs it with a needle, making the doctor reveal himself as the false patient. Apparently, this was a test of loyalty, and Simmons was tipped off when she noticed that the eye had avian muscles.

This is around the time that James crashes the party above. Remember James, the dick potential Inhuman that gave the Kree doodad to Lincoln and Daisy recently? Well, Daisy and Hive pay him a visit, since Hive knows that the artifact is incomplete, and after some blabbing, Daisy shatters a Terrigen Crystal around James, transforming him into an Inhuman that can heat up and detonate anything he touches, vaguely similarly to well-known X-Men personality, Gambit, only with heat substituted for raw kinetic energy. James was quite a lot of fun in this episode, especially in his search for an Inhuman code name, as he scares the other party attendees away, and even has a pretty entertaining scuffle with Mack, who attempts to run in to rescue Fitz and Simmons when things go sideways. 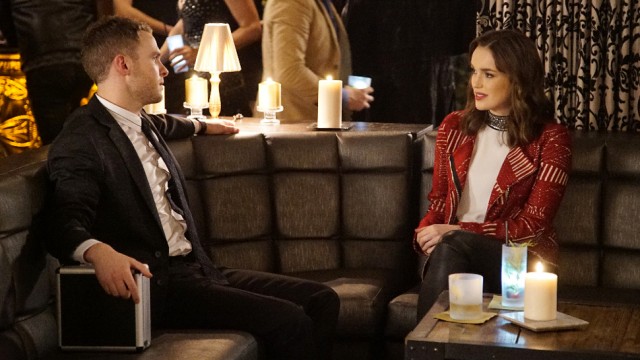 While this madness is going on, Coulson, May and Lincoln go to secure Alisha, the Multiple Man-esque Inhuman who can copy herself, formerly from Afterlife, before Hive gets to her. Lincoln tries to urge Alisha to enter S.H.I.E.L.D. protection, though he’s surprised by one of the other doubles pulling a gun on him. After a brief action scene where Lincoln and May end up cornered, Coulson kills one of the doubles after the double shoots the other double, and it’s revealed that Alisha was using them to spy on S.H.I.E.L.D., and confirm that Lincoln was still in their ranks. Looks like Hive’s going to be hitting S.H.I.E.L.D. very soon, even if he could care less about actually killing them, as evidenced by Daisy not dropping any bodies when she attempted to bury the base at the end of the previous episode.

This led to a climax where Daisy and Hive go to capture the doctor, with Daisy holding Fitz against the wall with her vibrations, while Hive visits Simmons, attempting to appeal to her with the memories of Will. Simmons shoots Hive and manages to escape, but Fitz is dropped violently after Daisy warns him not to rescue her, and if she sees him again, she’ll snap his neck. With the doctor lost, and Daisy appearing to be beyond saving, things are looking bad, though at the very least, Fitz and Simmons get back to the hotel room for some sexy time after Mack leaves the area. Well, I guess someone had to have a victory today.

Actually, Coulson has another victory in a sense, as Talbot urges him to tune in to the final push against HYDRA. Coulson blows Talbot off a few times, but eventually, he sits back and watches the U.S. military take down HYDRA’s various strongholds with May, which seemingly decimates the organization once and for all. Sure, Agents of S.H.I.E.L.D. seems to be moving beyond HYDRA at this point, but is it really prudent to just completely rip apart the organization off-screen like that? I imagine that HYDRA is never going to be permanently destroyed in the Marvel Cinematic Universe, since it’s too pivotal of a villainous force, especially with HYDRA villain, Baron Zemo being confirmed to show up in Captain America: Civil War after it hits theatres next week, but surely, just sweeping one of the biggest adversaries of S.H.I.E.L.D. under the rug like this is kind of a cop-out. Moreover, back on the note of Captain America: Civil War hitting theatres soon, I wonder how the show is going to reference the events of that movie from this point, since the movie’s events should be happening any day now in the background during the series’ events, and the showrunners already confirmed that the show will have some sort of tie-in to the movie before Season Three ends.

Regardless, “The Singularity” was a pretty entertaining Agents of S.H.I.E.L.D. offering this week, and one that fully cements that the team won’t be able to reverse their course with losing Daisy as the show begins moving towards its two-hour season finale in a few weeks. HYDRA’s apparent exit was rather lame, but at least the Fitz/Simmons material was satisfying, as were the interactions between Coulson and May, and Daisy and Hive. The end reveal that James was Secret Warriors member, J.T. Slade, a.k.a. Hellfire from Marvel Comics lore the whole time was pretty cool too, especially when he was definitely one of the episode’s better characters. With Hive literally buying an entire town to build his Inhuman army in, and S.H.I.E.L.D. having trouble celebrating their victories when one of their own seems permanently lost, things are getting dark for this series, and with seemingly no way to save Daisy now, they’re no doubt going to get even darker in the season’s final handful of episodes.