Considering their huge success as the creators and stars of former sketch comedy series, Key & Peele on Comedy Central, which just recently concluded its run, it’s small wonder that Keegan-Michael Key and Jordan Peele are already looking to the movie industry to continue their collaborations. Now with both comedians getting their foot in the door from their sketch series, and Key especially becoming quite active in several recent comedy movies, the wait predictably wasn’t too long before Key and Peele headlined their own movie together. That movie is Keanu.

Keanu is a perfect example of a movie that is so illogical and off-the-wall, and yet so strangely brilliant. The premise is definitely silly, but it’s the perfect first collaborative effort between Key and Peele in the movie space, maximizing their talents and chemistry to produce a very well-executed, very funny movie. Keanu is definitely one of the strongest comedies of 2016 at this point, and could very well be one of the year’s top sleeper hits at the movies. Whether or not you’re familiar with the sketch series that first brought Key and Peele together, anyone looking for a movie that is as irreverent and ridiculous as it is funny and charming would be well served to check out Keanu!

Key and Peele star as two cousins, with Key portraying successful, but uptight family man, Clarence Goobril, and Peele portraying down-and-out, aimless sad sack, Rell Williams. It goes without saying that Key and Peele work beautifully together, and that continues to be true with Clarence and Rell here. The two masquerade as false gangsters named Shark Tank and Tectonic, respectively, as one of the movie’s core jokes, to infiltrate a group of criminals that have stolen Rell’s cat, an adorable little runaway ‘gangster kitten’ that Rell named, “Keanu.” 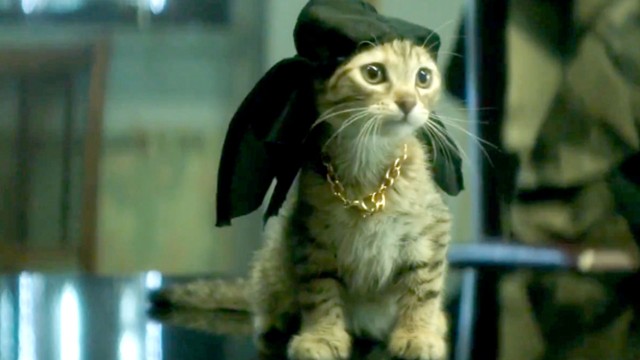 The idea of Key and Peele pretending to be gangsters lends to a lot of great jokes that just write themselves. Only Peele worked on the movie’s script, which he co-wrote with Alex Rubens, but Key clearly has just as great an understanding of the material. Keanu just works on every level with this core idea in terms of being funny, whether it’s satirizing the stereotypes of African-American gangsters, whether it’s mocking the vanity of a glamour-obsessed society, or whether it’s flat out exploiting an adorable kitten to get people to the theatre.

Yes, the kitten (or seven kittens, according to Peele, who were all used to portray Keanu at some point during filming), is a character in and of himself, despite largely existing just to be adorable. The kitten really is one of the most adorable felines in cinematic history too, which you will easily agree with, once you see this movie. The sheer charm of the cat will have you believing that Clarence and Rell would indeed go through all of their crazy shenanigans just to get this stolen cat back, but the whole satire of how people seem to be strangely captivated by adorable cat videos in modern society also works well on sort of an amusing meta level to boot. Keanu is placed front and center in most of the movie’s marketing, to the point where it feels like Key and Peele are poking fun at audiences as much as they are each other. Honestly though, this is the rare instance where that sort of deliberate audience mockery actually works really well, with audiences being able to appreciate the gag as much as Key and Peele clearly do. 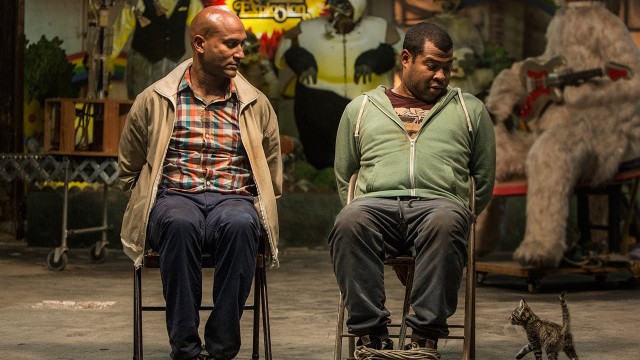 Helping further is that Keanu has a great supporting cast, especially since Key and Peele also play the two main villains of the movie, a pair of mute assassins called the Allentown Brothers, whom Clarence and Rell pass themselves off as to infiltrate the criminals, creating another funny bit of meta-style irony, which helps disguise the fact that these criminals are inexplicably believing that Key and Peele of all people are vicious assassins. Keanu is also loaded with lots of very funny cameo parts, including appearances by Will Forte, Anna Faris, Luis Guzman and, of course, Keanu Reeves, all of which are very entertaining, and do a great job of playing with audience expectations.

This movie is very much Key and Peele’s show, and that’s to be expected, but even if there’s not much depth to the characters beyond the two leads, that’s fine, since it has Keanu prioritizing the humour over everything else. It creates a strong and lovable screwball comedy, one that doesn’t really have much in the way of substance, but one that also doesn’t really need substance to succeed in this case.

Like I said, there’s not much to the story of Keanu, which is a proudly ridiculous tale of an aimless loser and his uptight cousin trying to reclaim their adorable stolen cat. The fact that the movie doesn’t try to be more than it is works to its advantage though, especially when the movie is as hilarious as it is. There’s an obligatory five-to-ten minutes of early establishment, but once that’s out of the way, and Clarence and Rell have started trying to get Keanu back, the laughs are absolutely relentless! This movie is frequently laugh-out-loud funny, simply because it’s so cleverly written, and it’s the kind of movie where some people’s sides are going to hurt because they will be laughing so hard and so frequently! 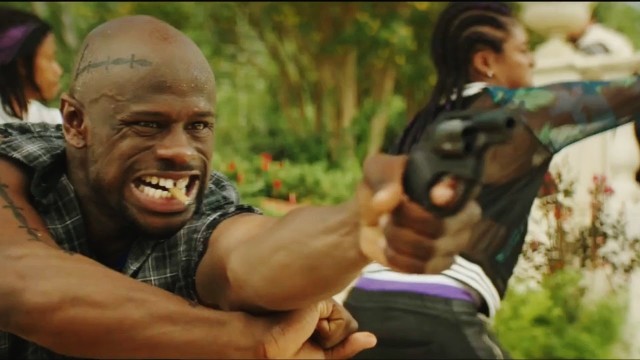 Of course, as much as Keanu’s tight focus and humility are a good thing, that still doesn’t account for the fact that the movie’s disregard for logic does leave a few holes, even by this movie’s standards. There are a few story turns that really don’t make sense, and there are times where the plot has to force itself along to keep the pacing smooth, even if it has to contrive a ridiculous explanation for something that really doesn’t add up.

The movie being as funny as it is means that audiences ultimately won’t care much about the illogical elements though, especially when Keanu wisely doesn’t take itself that seriously anyway. It’s not a terribly deep comedy, but its clever satire and sharp gags compensate very well for that, especially when the lead characters manage to be so effectively funny when they play off of each other as well.

Rather than having Key and/or Peele direct Keanu themselves, they instead trust helming duties to one of their frequent Key & Peele sketch directors, Peter Atencio, who is more or less making his feature film debut with this movie. As with the story, it’s probably wise that Key and Peele didn’t bite off more than they could chew by attempting to direct the movie themselves, especially when Atencio clearly has just as great an eye for great gag execution as Key and Peele themselves do.

Amazingly though, despite its simple progression, Keanu avoids the feeling of being an overlong feature-length comedy sketch, which is a common weakness of various sketch comedians trying to expand into movies. That’s great, and speaks to how effectively Atencio paces and executes the movie. Atencio clearly works very well with Key and Peele, and as with the writing, the direction just really works in terms of giving the movie a very screwball, ridiculous style, but one that also comes from a very witty and clever place.

There’s a clear satire of action movie cliches thrown into most of the direction as well, with gratuitous slow-motion shots in particular being used to maintain a sense of comedy in the movie’s action scenes, with lots of amusing carnage being thrown in the climax especially. The intentionally overdone direction in these scenes nicely plays off of the seemingly irrational investment that Clarence and Rell maintain towards a kitten, and against the odds, it continues to sell a sense of high, yet comical stakes within a premise that is so blatantly ludicrous.

Keanu is a superb breakout comedy for Key and Peele’s collaborative debut in the feature film space, proving that these two have lost none of their humourous magic in the graduation from their now-wrapped sketch show. This movie is a very funny, highly satisfying and wonderfully ridiculous satire of action movies, meme culture and kitten obsession all at once, and while there’s not all that much to it, its simple recipe for laughs gets pretty much everything right in terms of just being unapologetically hysterical.

While the movie does start to come apart a little bit towards the end, as it fails to resolve some of the especially questionable story elements, Key and Peele just take the movie and run with it to great effect, letting their chemistry and panache for great gags catapult Keanu to comedic greatness. It’s incredibly impressive for the first proper try at these two collaborating on a movie together, and will leave most viewers eager to see what Key and Peele can come up with next.

It remains to be seen whether Keanu will ultimately be surpassed by some bigger and more ambitious dedicated comedies that are releasing later this year, but for now, the movie stands not just as April’s top surprise hit movie, but also a contender for one of the best dark horse comedies in all of 2016! If you, like most people, love movies that are just incredibly good at making you laugh, then Keanu demands to be seen. Besides, when you see that kitten, you’ll strangely feel like these characters’ terrible plan suddenly starts making a strange amount of sense!