Powers’ first season had its ups and downs, and while it was a competent start to PlayStation’s first selection of original television programming, it also felt like a rough draft overall. Fortunately, that feeling is a lot more diminished with the start of this year’s second season in, “Caracas 1967”, a season premiere that already demonstrates several key improvements to the show, even if Powers still has a bit more to climb before it truly starts hitting its full potential.

One thing you’ll definitely notice with the start of Powers’ second season is that the show feels like it’s had a budget increase after the first season’s success. While there’s still a dodgy CG effect here and there, the show definitely feels more polished and better presented in its second season. It even replaced the dry old logo that would play after the opening act with a proper intro sequence for Season Two, and honestly, it’s a pretty cool intro, especially in how well it evokes the style of the original Icon/Marvel graphic novels, while blending that style with the presentation of the TV characters. 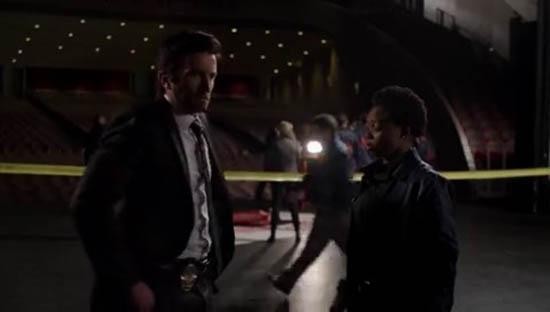 Unfortunately though, carrying off of where Season One ended, Powers has suffered a rather huge loss with the start of Season Two, with the murder of Retro Girl, echoing the famous opening arc of the source comics. Michelle Forbes still shows up every now and again, thankfully, in some effectively emotional flashbacks that beautifully highlight Walker’s anguish at Retro Girl’s passing, something that Sharlto Copley also effectively rises to the task of. Most of the episode revolves around the huge fallout from Retro Girl’s death more than anything else in fact, as the public gives their reactions and tributes, and the entire world now seems to hang on a foreboding edge. As some opportunistic reporters point out in one later scene, in the vacuum left by Retro Girl’s demise, is anyone truly safe, now that one of the world’s greatest and most powerful heroes is dead and gone?

The ambitious scope of the episode effectively illustrates just how much Retro Girl meant to the world of Powers, though it does also carry over a flaw with some of Season One’s episodes, in that this episode’s storyline somewhat suffers in terms of focus. The material with Walker, Pilgrim and the rest of Powers Division is handled well, as is a fleeing Krispin who is quickly abandoned by Marigold after a failed assassination attempt, but scenes with Calista, Zora and a few other unrelated characters feel a bit tossed in at random. It feels like the show has to set up a big season, and in doing so, it has to scramble to lay the groundwork for many plot threads to come. That’s understandable, but this season premiere still might have benefited from just forgetting about Calista and Zora at least for now, and primarily focusing on Walker and the fallout at Powers Division, even if commentary from the media and some world leaders still would have been alright. 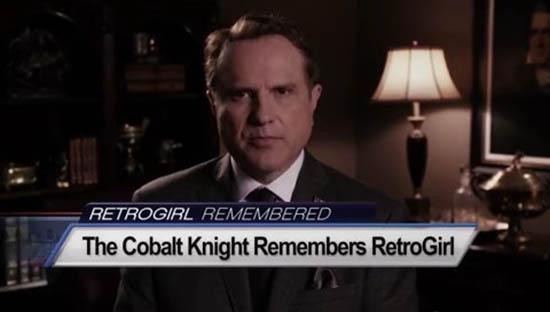 The material with Calista especially feels a bit mixed. The scenes of Calista learning to master her new abilities makes for some entertaining, if predictable montage sequences. When the episode tries to shoehorn Calista confronting her abusive father and following through on her promise to rough him up however, it just feels very underwhelming. Powers built up Calista wanting to manifest abilities so that she could get even with her nasty father all throughout much of Season One, and that’s supposed to be a big defining moment for her character. So, when the show just tosses in this huge turn and basically shrugs when it arrives, by having Calista beat up on her father a bit, then just drop him off at a hospital and fly off with not much maturity or insight gained, it just feels lazy, and like the show simply wants to abandon this Season One storyline in favour of other developments.

Like I said though, almost everything to do with Powers Division and Krispin was great stuff. Pilgrim being forced to work with Kutter, after Cross refuses to allow Walker to work the case, makes for some material that’s both dramatic and kind of amusing, while Cross getting the squeeze put on him by two nosy FBI agents that seem to want to shut down L.A.’s entire Powers Division, also presented some good promise for later. This also tied well into the introduction of a former ally from Retro Girl’s old superhero team, Unity, Senator Bailey Brown, once known as the superhero, Cobalt Knight, who is proposing extreme legislation that would make Powers use one of the worst and most punishing crimes in the entire country. This no doubt has a connection to the FBI agents, and I have the unmistakable feeling that Brown has a vested interest in seeing Retro Girl dead, in order to create the necessary fear to validate his proposed bill, installing a new, extra heavy-handed police force that he can better control in lieu of Powers Division. That’s a guess from me, but I wouldn’t be surprised if the good Cobalt Knight was dirty, and involved in this mess. 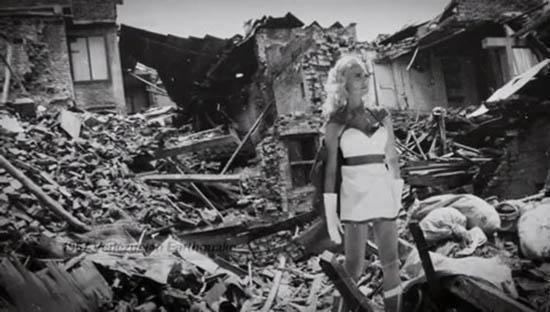 Another big introduction in this episode came from Michael Madsen’s SuperShock, simply known as, “Patrick” in his civilian identity at this point, another ally of Retro Girl’s who abandoned his superhero identity and went into self-imposed exile. That’s probably another thing that Season Two will considerably focus on, since SuperShock definitely would have had his reasons for walking away from the superhero game, especially when he’s supposed to be another of the world’s most powerful heroes, alongside Retro Girl. Walker even tries to twist SuperShock’s arm to put on his costume and succeed Retro Girl in order to keep the peace, but, “Patrick” isn’t having any of that. He’ll likely change his mind in an episode or two (hell, the trailers already showed him in costume, as does this season’s promo art), but regardless of what happens, Madsen already looks to be a strong addition to the show’s cast, and one that can help fill the void of Michelle Forbes’ compelling presence as Retro Girl.

The Krispin arc is a bit of a stretch to start, since Powers Division pretty aggressively goes after him, despite Walker pointing out the obvious flaw that there’s no way a 17-year-old could have taken down one of the world’s most powerful superheroes by himself, though later on, evidence does seem to point to Krispin. Obviously, Walker’s right when he says the whole, “Khaotic Chic” indicator is a smokescreen, and a pretty obvious red herring for audiences, seeing as this is the season’s first episode. When Krispin finally opts to give himself up to Walker however, he’s found dead at his family’s cabin, apparently by suicide, though considering that these new baddies killed Retro Girl, who could even say. Clearly, something very bad is about to happen, and even Powers Division might be in over their heads with this one! 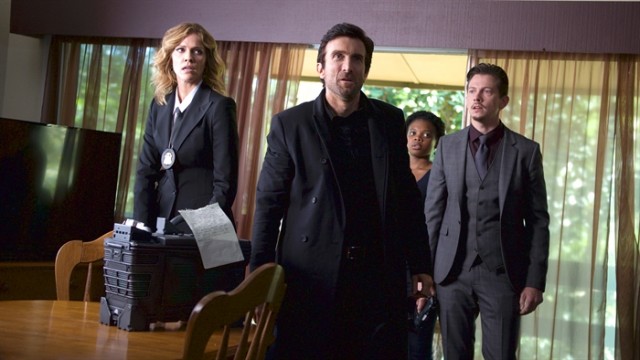 Again, “Caracas 1967” isn’t a leaps-and-bounds improvement for Powers in its sophomore run, but it is still an improvement over many of Season One’s episodes. Already, the show is presenting a strong hook with the murder of Retro Girl to anchor this season, and demonstrating a more slick and cool presentation than the lower-budgeted Season One. The big mess of storylines wasn’t realized with universal success, but the struggles of Powers Division, the suspicious death of Krispin, and the overwhelming grief that Walker faces, all made for a dramatically satisfying season premiere with no shortage of thrills. Now, we just have to see if the execution of this promising premise can live up to its opener.

Powers 2.1: "Caracas 1967" Review
While it's still got some flaws, Powers already presents some noticeable improvements in its Season Two premiere, thanks to a strong narrative hook and some compelling fallout for Powers Division especially.
THE GOOD STUFF
THE NOT-SO-GOOD STUFF
2016-06-06
81%Overall Score
Reader Rating: (0 Votes)
0%