Telltale Games has confirmed that they’ll be showcasing two of their upcoming episodic narrative-driven adventure game projects at E3 this year, but both will be shown off a bit early today. While The Walking Dead: Season Three is getting a large-scale reveal on IGN later today, Telltale has also given an early taste of a brand new project, Batman: The Telltale Series, which is set to debut its first episode this Summer.

Telltale revealed a handful of screenshots from the game, which show off protagonist, Bruce Wayne both inside and outside of the familiar Batman costume, as well as locations like Wayne Manor and The Batcave. One of the images also gives a first look at anti-heroine, Selina Kyle/Catwoman, as the two hang precariously off of a building together. You can check out the handful of screenshots below: 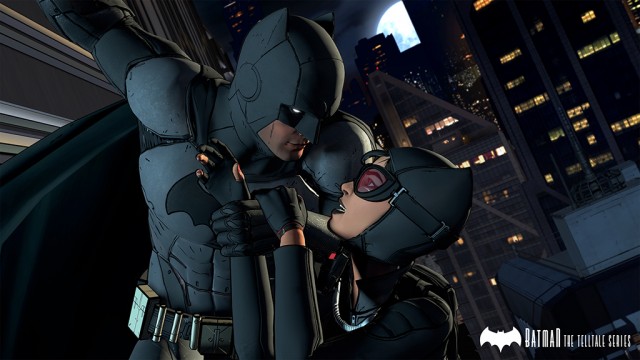 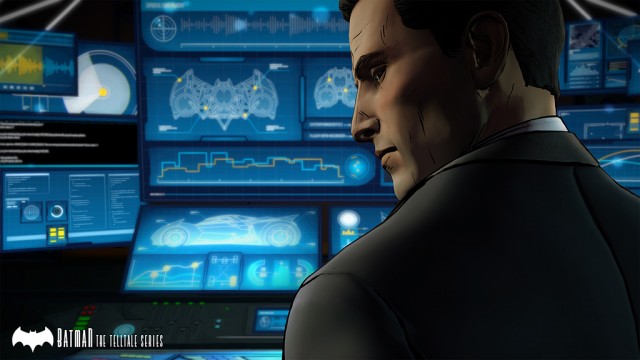 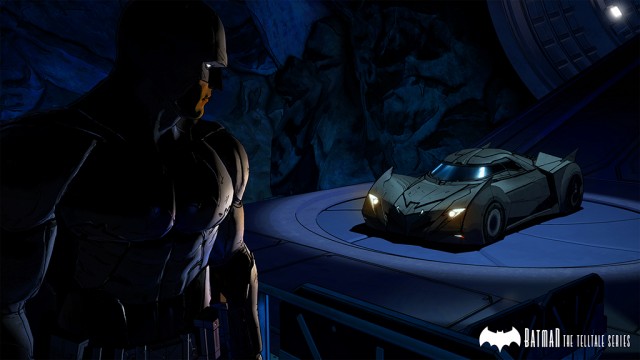 Along with revealing the first images of Batman: The Telltale Series, which still has no unconfirmed platforms as of yet (though Telltale does promise a much-needed technical upgrade of its aged Telltale Tool engine, suggesting that they could be dropping Xbox 360 and PlayStation 3 ports in their latest project), Telltale also announced the lead voice actors who will be inhabiting core roles in the game. The confirmed lead cast is: Troy Baker as Bruce Wayne/Batman, Laura Bailey as Selina Kyle/Catwoman, Travis Wilingham as Harvey Dent (conspicuously, he’s not identified as Two-Face in the cast roster), Erin Yvette as Vicki Vale, Enn Reitel as Alfred Pennyworth, Murphy Guyer as Lieutenant James Gordon (not a commissioner, evidently, but a lieutenant), and Richard McGonagle as Carmine Falcone.

Most of the story details of Batman: The Telltale Series are still unknown, beyond the fact that it won’t take place in any prior Batman media’s canon, and will begin an entirely new storyline. The game will be striving for an M-rating however, aiming to tell a purely adult-driven, visceral and mature Batman story in its selection of five episodes, and the fact that Harvey Dent doesn’t appear to have yet adopted his super-villain identity, James Gordon is still a lieutenant, and Carmine Falcone appears to be a major villain, seems to suggest that the plot will take place very early in Batman’s career, though will unfold in the modern era, and won’t be a period piece, according to Telltale. Another GCPD officer, Renee Montoya was also confirmed to be part of the cast, but her performer was not revealed in the announcement. Finally, while the potential for other Batman villains beyond Carmine Falcone, Catwoman and (potentially) Harvey Dent to show up isn’t yet known, and Telltale is intentionally keeping a lid on any other familiar Batman foes that the game may feature, supporting characters like Nightwing/Robin definitely won’t be featured in the game according to Telltale, likely due to the story being too early in Batman’s tenure for Bruce to have begun training his protegee.

We’ll be sure to hear more about Batman: The Telltale Series at E3 over the next few days, but keep stalking Eggplante for all major news and updates on Telltale’s latest project, and other major Telltale developments.