If you still enjoy making use of Microsoft’s maligned Kinect motion sensor on your Xbox One, and are thinking of upgrading to the new slimmer model, Xbox One S, Microsoft has a word of warning for you; Xbox One S doesn’t have built-in support for Kinect, and the sensor won’t work with the redesigned console out of the box. 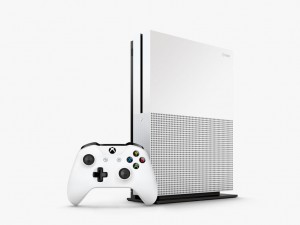 In case you do want to make use of Kinect on an Xbox One S, Microsoft nonetheless has your back. All you need to do is request a special USB adapter for the device, and Microsoft will send you one for free, allowing you to use your Kinect on your Xbox One S. Until that adapter arrives though, you’ll be solely navigating Microsoft’s smaller console with the regular Xbox One controller that it comes with, and obviously, you won’t be able to play Kinect-mandatory games like Fantasia: Music Evolved or the various Just Dance games on an Xbox One S without said adapter.

Microsoft claims that removing the original Xbox One design’s Kinect port was a big part in shrinking the redesigned Xbox One S, and making it 40% smaller than the current console build. Word has also come down that Microsoft’s Xbox One S will load and run games faster and with more efficiency, following previous confirmation of 4K video capability that’s not present in the current Xbox One build. The faster game loads is possibly because the muck of Microsoft’s failed attempt to make Kinect a mandatory part of the platform back when the Xbox One was first announced in 2013 has now been fully cleaned out of the Xbox One S architecture, which sounds more streamlined both inside and outside.

Keep sensing Eggplante for all major news and updates on Kinect and the Xbox One hardware.