Ubisoft rounded off their E3 press conference this year with an extended gameplay showcase surrounding upcoming and highly anticipated hacktivist sequel, Watch Dogs 2. The demo showed off new protagonist, Marcus Holloway using his improvised weapons, improved hacker abilities that can even utilize people themselves as distractions, and spying on environments from a distance using a spy drone. A firefight even broke out to demonstrate some improved combat and gunplay elements! These mechanics and this charismatic protagonist, combined with the new, brighter and more cheery San Francisco setting, seem to all around point to an improved sequel in Watch Dogs 2. 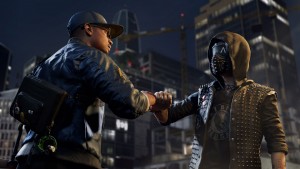 Currently, the DLC selection for Watch Dogs 2 is unknown, though you can pay a bit of extra money to secure the game’s Gold Edition if you wish, which will score you the game’s Season Pass to go with your copy of the game. Regardless of what you decide, keep accessing Eggplante for all major news and updates on Watch Dogs.