Game of Thrones suffered through a slightly weaker episode last week, and while it found its footing a tad more in, “No One” this week, the show still seems to be sustaining a weird, offbeat note for now. This is the first time that Game of Thrones has demonstrated hardship with running out of source novels to adapt, and it sort of feels like the show is just spinning its wheels with too many plot arcs once again, as it prepares to gear up for its big seasonal climax over the next two weeks.

Fortunately, after a rather dull, uninteresting return arc for The Hound last week, Sandor Clegane did become a bit more appealing this week, as he begins exacting revenge on the men who murdered the villagers he was staying with. After tearing through a few of them, he ends up reuniting with the Brotherhood Without Banners, who try to convince The Hound to go with them to fight in the North. The Hound is hesitant, but eventually appears to agree to fight for the cause, likely setting him up as another ally to Jon Snow in the coming battle of the White Walkers. Sure, the fan theory about the Clegane brothers being pitted against each other turned out to be wrong, or so it appears, but at least The Hound joining the forces of the North is still an appealing prospect.

Likewise, Cersei being summoned to the courts by the High Sparrow (now referred to as the High Septon), with Lancel Lannister carrying out the request, made for an effectively brutal moment for both Cersei and The Mountain. Cersei proudly chooses to fight the request of the Faith Militant, leading to one of the Militant trying and hilariously failing to kill The Mountain, before he rips the guys head off with his bare hands. It’s a great high note to remind us of just why both Cersei and The Mountain are not to be messed with, and it led very effectively into the actual summoning before King Tommen, who says that Cersei and Loras Tyrell will be judged soon, and that it conveniently comes at the same time as Tommen forbidding trials by combat across all of the Seven Kingdoms. Uh oh. That certainly takes away a huge advantage for Cersei, who can no longer use The Mountain as a get-out-of-jail free card. What’s the next step, I wonder?

Jaime managed a handful of good scenes himself, as he meets with Brienne, who begs him to take Riverrun without bloodshed so that The Blackfish can fight for Sansa and the North, but neither Jaime nor The Blackfish will play ball. Jaime instead gets another idea, and dresses up Edmure, hoping to exploit him as the true lord of Riverrun. Wait, Edmure didn’t think of trying that before? Whatever the case, Jaime bribes Edmure by promising to bring him to his newborn son and distant wife, after some colourful threats, of course, and surprisingly, the gambit by Jaime seems to go off without a hitch. Edmure just walks into Riverrun, and the soldiers lay down their arms. Not a mite of bloodshed was needed! 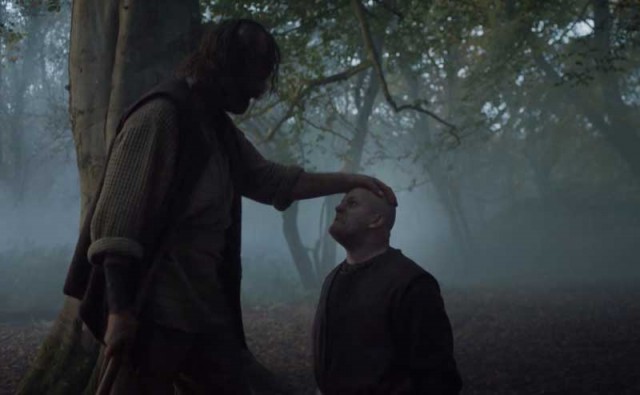 As clever as this was though, it did feel like the whole angle of Jaime going to Riverrun and preparing for a big siege ultimately fizzled and ended on a sour note. The Blackfish’s ultimate downfall was a massive disappointment, since he arbitrarily decides not to go to the North with Brienne, for what’s frankly a pretty flimsy reason, and then just dies fighting off-screen. What the hell?! Why build up the imposing and powerful nature of The Blackfish if he goes down this easily? Why send Jaime away at all if all he had to do was think of a fairly basic idea that somebody else at that siege really should have come up with already? Despite Jaime and Brienne maintaining their usual appeal, this whole storyline sadly ended up being pretty pointless, especially since Sansa doesn’t really get any new allies in the end. Maybe something will come of the Riverrun liberation later, but for now, it doesn’t seem to be serving the plot.

Another frustrating story element was that of Tyrion over in Meereen. Tyrion has always been one of this show’s best characters, but ever since he’s been taken out of King’s Landing, his storylines have become rather mixed in quality. This was one of his lesser weeks in Essos for sure, as he spends another episode mostly sitting around, drinking and talking with Grey Worm and Missandei. Sure, he sees off Varys, but even that’s just more talking in regards to a story element that may mostly unfold off-screen. The twist conclusion with the masters appearing to attack the city after Tyrion’s proposal to them was also initially promising, until it just turns out to lead to Daenerys’ return, who casually walks in, and that’s where the storyline ends. Huh? Granted, it’s exciting to have Daenerys back in Meereen, but her return was strangely anti-climactic in the end, especially with so much buildup to the city being on a knife edge without Daenerys on the throne, which is just left hanging until next week. It also just hammers home that Tyrion’s past few appearances on the show have done little more than waste time, literally, as his biggest contribution this season was to prevent Meereen from going to shit while Daenerys came back, and even then, he kind of failed.

Fortunately, things at least ended off pretty excitingly, as Arya meets with Lady Crane, after hiding in her quarters following her stabbing by The Waif. It initially looks like Arya is going to travel with the actors to another place and flee Braavos, but after The Waif finds and brutally kills Lady Crane, she tells Arya that she has also been promised to the Many-Faced God. A thrilling chase then ensues, and Arya is eventually cornered, though thankfully goes back to being a smart, quick-thinking character, as she snuffs out a candle, and kills The Waif in the dark, as revealed in the next scene, when Jaqen H’Ghar finds The Waif’s face on the wall of the House of Black and White. Again, it’s kind of annoying that The Waif died off-screen, but the visual of her eyes appearing to have been stabbed out and blood running from her freshly-killed face helped to make up for it. Jaqen H’Ghar even agrees to release Arya and allow her to return home to the North, which is where the episode ends. I guess the Many-Faced God got over Arya’s defiance pretty quickly. Then again, it’s still fun to have the show appearing to gradually edge closer to a reunion between all of the surviving Stark siblings soon.

“No One” still has Game of Thrones wheel-spinning and delivering disappointing payoffs in a few places, but overall, the episode was at least a bit more entertaining than the somewhat disappointing offering we got last week. The show needs to find a better use for Tyrion over in Essos, and Riverrun needs to find a better way to play into the season’s larger storyline, but at least Arya managing to free herself from The Waif and the Many-Faced God was very satisfying, just as seeing Cersei lose her biggest advantage against the Faith Militant was also a thrilling turn. With the battle for the North probably around the corner, things are bound to get bloody over the season’s final two episodes to come, but gradually, we can see the mightiest forces in Westeros and Essos preparing to come together, hopefully just in time to face the true enemy of the realm.

Game of Thrones 6.8: "No One" Review
Game of Thrones became a bit more entertaining this week, though is still stumbling over some slower plots and lacklustre payoffs.
THE GOOD STUFF
THE NOT-SO-GOOD STUFF
2016-06-15
81%Overall Score
Reader Rating: (1 Vote)
75%