With a lot of new gameplay mechanics in the recently re-unveiled The Legend of Zelda: Breath of the Wild, one that has been discussed in a very limited capacity but will have a large role in the game is stealth.

In previous Zelda titles, stealth has often played a very limited role. In Ocarina of Time, Link had to quietly sneak his way past some Gerudo guards, while Twilight Princess saw Wolf Link sneak across ropes in Telma’s bar to help a wounded Midna.

In fact, in 12 console and portable Zelda titles, stealth had its place, but it was very understated and didn’t typically occur in more than one sequence. 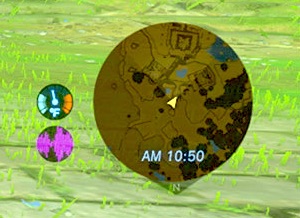 In addition to audio waveforms, there’s a temperature gauge to warn Link of inclement weather, as well as the time, which ticks by at one real-world second per in-game minute.

In Breath of the Wild, however, it appear that stealth will play a much larger role, as evidenced by the persistent audio waveform in the bottom right corner of the screen, next to the mini-map.

When asked about its purpose, aNintendo representative said that the waveform is to see how much noise Link is making since you often have to be sneaky and quiet in order to traverse an area without attracting attention.

In the gameplay demos hosted by Nintendo during their Treehouse Live @ E3 presentation, a few scenes saw Link sneak up on enemies as well as hide in tall grass as he slowly approached a horse, before leaping up onto it to take control and ride it through Hyrule.

Yet another interesting mechanic, it’ll be interesting to see how Zelda evolves further and becomes even more robust and varied than previous entries in the series. 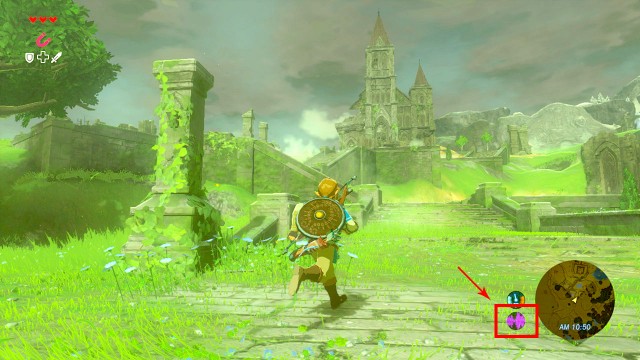