Considering the continued mega-success of Nintendo’s and The Pokemon Company’s Pokemon franchise, which is hitting a new worldwide high with the sensation of smartphone game, Pokemon GO, Pokemon Company CEO, Tsunekazu Ishihara is, unsurprisingly, looking to the future of the franchise with great enthusiasm. An interview with Ishihara was just published by The Wall Street Journal, where he confirms the inevitable; More than one Pokemon game is already in development for Nintendo’s upcoming next-gen gaming platform, currently code-named ‘NX’. 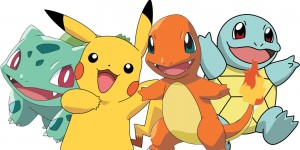 All the more exciting is that Ishihara, who has clearly already seen what NX actually is, has all but directly stated that NX is indeed a handheld/console hybrid, as heavily rumoured. Ishihara claims that NX will redefine the idea of being a console or a handheld, though obviously declined to comment further. Nintendo has still shrouded NX in a heavy veil of mystery up to this point, despite persistent rumours from all corners of the internet, though we know that the mysterious device is due for a worldwide launch in March 2017. It’s believed that its public unveiling is mere weeks away, though Nintendo has not yet confirmed this speculation.

Predictably, Ishihara didn’t make any formal announcements for Pokemon games that are definitely headed to NX, beyond the fact that in-development game concepts for the unspecified platform are definitely on the way. Ishihara didn’t confirm or deny reports that the series’ upcoming new mainline adventures, Pokemon Sun and Pokemon Moon are in development for NX, nor whether Pokemon GO will also be playable on the platform, as has also been rumoured. Pokemon Sun and Pokemon Moon are scheduled to launch for Nintendo 3DS on November 18th in most territories (November 23rd for Europe), and naturally, most territories already have access to Pokemon GO via iOS and Android devices.

Keep catching Eggplante for all major news and updates on Pokemon games.