After seemingly nudging the Inhuman drama into the background with the coming of Season Four, Agents of S.H.I.E.L.D. once again returned focus to the rising number of Inhumans being developed across the Marvel Cinematic Universe this week, with this week’s episode, “Uprising” yet again bringing out quite a few folks that are not happy about the growing number of powered people in the MCU. Several major cities were hit hard this week too, as blackouts begin to dominate several highly developed urban areas, forcing S.H.I.E.L.D. into action against a new and improved threat that they’re already well familiar with.

The device behind “Uprising” certainly made for an interesting episode on paper, as S.H.I.E.L.D. finds themselves without tech and much in the way of modern weaponry, and must go into a dark zone to take the fight to this new batch of anti-Inhuman bigots. Well, new batch might be relative. Turns out, the foes behind the blackouts are a fresh breed of Watchdogs, anti-Inhuman vigilantes that were first established on the show during Season Three earlier this Spring. Now however, they’ve expanded beyond the U.S., and have been given military-grade gear that suggests someone very powerful is funding efforts to quash the growing Inhuman epidemic, and eliminate all of its gifted people with extreme prejudice. 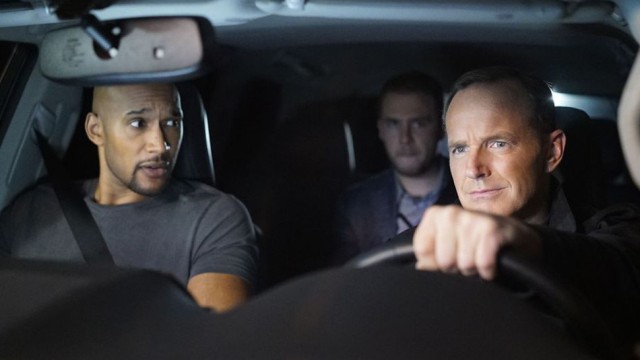 Most of the material in the dark zone was pretty exciting, and generally worked quite well. The action direction this week was particularly good, as several melees take place in thick darkness, yet rather than feeling addled by this, the show uses it as a stylistic advantage. Even Fitz gets in on the action, helping Coulson and Mack take down various Watchdog thugs in a bid to get to Yo-Yo in a blacked-out Miami, who is trying to keep a hotel’s worth of bachelorette party guests under control. The blackout attack and targeting of Yo-Yo works in adding a new drawback to the Sokovia Accords as well, since the privileged, protected government information that all Enhanced and Inhumans had to sign in the wake of Captain America: Civil War has now leaked to some very bad people, putting powered people across the world at great risk. This does shift the MCU heavily in favour of the Anti-Registration side of the debate, but it also adds a good sense of urgency to dealing with this new threat.

After Coulson and his team take out the array of sophisticated EMP devices blacking out the affected cities, this episode also takes the opportunity to re-legitimize S.H.I.E.L.D., as Jeffrey Mace announces the organization’s revival to the world in a press release. There wasn’t much fanfare to the announcement, though in this case, the foreboding uncertainty to the reveal worked well. Coulson himself may still work in the shadows, but his organization no longer does. Even the Marvel Studios movies will have a hard time avoiding this huge shift to the MCU canon to boot, with the fall of S.H.I.E.L.D. being pretty much entirely undone at this point, particularly with the (kind of hasty) destruction of HYDRA during last season. Could this be the first step to finally getting Agents of S.H.I.E.L.D. and possibly even the Marvel Netflix shows at the very least acknowledged by Marvel’s movies? At minimum, it would be nice to use the re-legitimization of S.H.I.E.L.D. as a way of better tying Agents of S.H.I.E.L.D. in with the MCU-set Netflix shows, going forward. 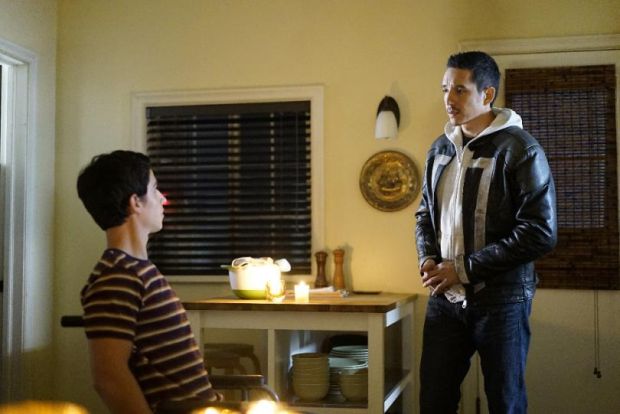 As solid as this episode’s main plot was though, the episode’s subplots worked to more mixed effect, especially since the way they’re wrapped up feels a bit anti-climactic in some ways. Simmons and Radcliffe manage to get an increasingly ailed May away from being shut away and dying, especially when it becomes apparent that the ghost’s effects are killing the gangsters that they affected very quickly. With only a few hours to save May, Simmons and Radcliffe have to quickly get to work, eventually enacting the desperate plan of temporarily stopping May’s heart to bring her back. A blackout hitting right when May’s heart is stopped was actually pretty intense too, and was the best part of this subplot for sure, though Radcliffe conveniently pulling a Deus Ex Machina device out of his ass to shock May back to life, and May being completely, instantly cured afterward, felt a bit too easy. Maybe the ghost will still be a problem for May down the line, but for now, May’s recent paranormal struggles might as well have not even happened.

The Daisy subplot was also a little hit-or-miss in some places this week. Daisy and Robbie save Robbie’s paralyzed brother, Gabe from some looters, and Robbie tells Daisy that he wants to inquire with his uncle about the ghostly events that have recently taken place, with the wrinkle being that his uncle is in jail. At first, it looks like a promising little partnership is put together… Until Robbie leaves, and Gabe immediately figures out that Daisy is Quake, and tells her to leave and never come back… Then Daisy just does exactly that. Seriously? First of all, I doubt that Daisy flaking on Robbie will stick for long, and Gabe being ridiculously superstitious about bad things and bad people feels kind of tacky. It all just feels like a forced excuse to prolong Daisy and Robbie trying to work out their dynamic, since they could otherwise solve their current predicament in a short amount of time. 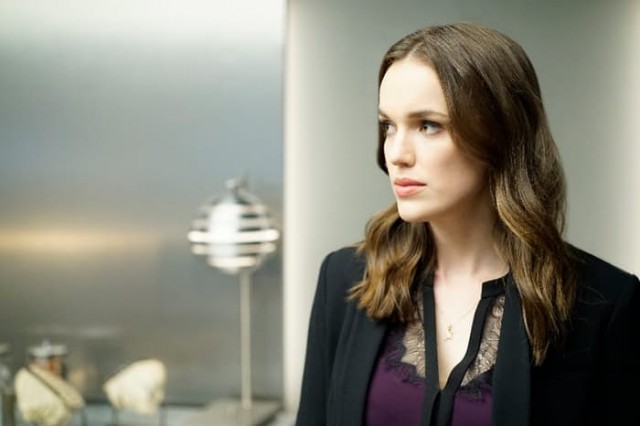 Things ending off with an outspoken, seemingly corrupt senator having a vendetta against the Inhumans, on account of her husband being frozen, likely doomed, within an Inhuman husk, presents some interesting promise for later, though for now, “Uprising” annoyingly backpedaled on several story ideas, despite a solid main plot. There are still plenty of promising teases for later, primarily with the re-legitimization of S.H.I.E.L.D., which once again changes the MCU as a whole in a big way, though it seems like Agents of S.H.I.E.L.D. is stretched a tad thin at this point. Maybe the Inhuman issues were better off in the background, since it seems like the show’s current season is deriving more intrigue from the all-new wrinkle of the supernatural threat that’s now creeping in.