It’s starting to seem like the whole ‘Mad City’ subtitle for the front half of Gotham’s third season is entirely in reference to the growing presence of the Mad Hatter as a major foe for Gordon at this point. I can’t say I’m complaining though, since Jervis Tetch continues to be a twisted and captivating villain for the series, and that was once again put on brilliant display in, “Follow the White Rabbit”, another especially strong episode for Gotham, and one that beautifully put Gordon through the emotional wringer as Tetch begins carrying out his twisted game of revenge for his sister’s death.

Almost the entire episode was completely centered on Gordon’s psychological battle against the Mad Hatter this week, and that worked well, since Tetch’s murderous games were constantly enthralling to watch unfold. There was a subplot with Penguin and Nygma as well, though it felt sort of tossed into a far more engaging storyline, even if it did have an equally exciting twist and final result. Overall, this episode really didn’t pull any punches, and that’s a huge part of what made it feel like such a big success.

I suppose I might as well get the subplot out of the way first then, and it’s a very commendable subplot indeed, because it turns out that the homoerotic tension between Penguin and Nygma was far more than a tease. Penguin realizes that he’s fallen in love with his chief-of-staff at the start of the episode, and tries to figure out how to tell him, amidst undergoing a few fairly mundane mayoral duties. Like I said, this subplot was pretty disconnected from the rest of the episode, and didn’t have the same non-stop thrills as the main plot with Gordon, but it’s still bold and commendable of Gotham to actually go through with the idea of a homosexual relationship between two of the most well-established Batman antagonists in DC lore. The storyline is currently one-sided, especially since Nygma meets a woman named Isabella who heavily resembles the late Ms. Kringle at the end of the episode (she’s even once again portrayed by Chelsea Spack), seemingly setting him on another romantic journey in the next few episodes. The bold character choice for Gotham’s portrayal of Penguin was still very interesting though, and didn’t feel forced or tasteless at all, even if Penguin is bound to be in for a rude awakening soon, when he inevitably discovers Nygma’s chance encounter at the local wine shop.

From the very beginning though, the Gordon plot hit the ground running and didn’t stop for a single breath. After meeting with Valerie Vale in a diner, Gordon is approached by an eerie pale-looking man, who tells him that there is a message for him. Inevitably, the message is from Tetch, who tells Gordon that he has hypnotized both a little boy and a newlywed couple, with the boy about to be hit by a truck, and the couple about to drop off a cliff. Gordon can only save one, and he opts to save the boy, letting the couple fall to their deaths. The reference to Gordon having an aversion to marriage on account of his failed relationship with Leslie was smart here, and was only the first step to Tetch’s psychological torture of Gordon, one that also played beautifully off of a blissful cold open turned chilling, when we see Tetch actually snatch the newlyweds on the way to their wedding reception. 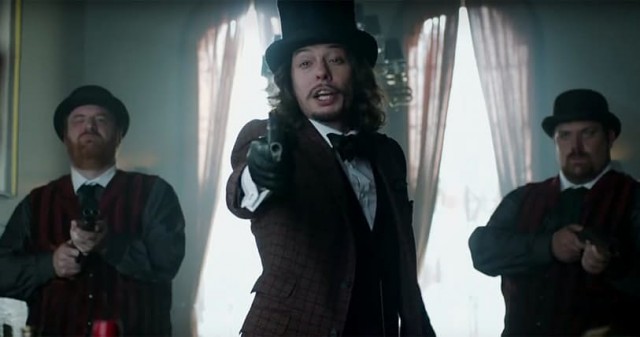 Soon after, it becomes apparent that Tetch has kidnapped both Valerie and Leslie, but Gordon isn’t informed of their locations yet. Knowing that he can’t involve the GCPD, or risk both Valerie’s and Leslie’s lives, Gordon has no choice but to play along with Tetch’s sick game, even if he does get a few amusing remarks back at Tetch here and there. Gordon managing to keep his head and mess with Tetch right back was very satisfying, and really highlights how strong and stout-hearted Gordon is, even with his radical change of character in Season Three so far. The scene where Tetch tries to talk to Gordon on the phone and Gordon keeps hanging up was even pretty funny, despite that being the moment where it comes out that both of Gordon’s love interests have been snatched by Tetch.

Gordon is next led to the water and power station of Gotham City, where Tetch has captured both a pediatrician and a news anchor, referencing the occupations of Gordon’s kidnapped flames. The GCPD gets involved at this point, where Gordon is challenged to shoot one man to save the other. When Gordon abstains though, Tetch kills both of them by electrocution, right before Barnes, Bullock and the rest of the cops, leaving Gordon to face a growing sense of despair, as his attempt to avoid compromise results in the worst possible outcome.

Speaking of the GCPD, Barnes’ growing aggression and strength is highlighted as his condition appears to accelerate, while interrogating the pale man that Tetch commissioned to lure Gordon, with Alice’s infected blood still seeming to bring out Barnes’ fervor and fury all the more. Gordon also tries to subtly enlist Mario Falcone to help at the precinct, once he learns that Leslie has been kidnapped, and has to take another opportunity to test Bullock’s trust in him. Despite all of Gordon’s efforts to involve the GCPD however, and Leslie and Valerie almost managing to facilitate their escape, things still end up exactly where Tetch wants them to; Everyone piled around a tea party table at Leslie’s apartment, with Tetch demanding that Gordon choose which woman he loves, so that this woman may die, mirroring Tetch’s pain at losing his sister.

This is the point where Gotham went into surprisingly effective Joker-style territory with Gordon, with Tetch explaining that his ultimate motivation is to drive Gordon mad with the confirmation that he is, and always was, a villain, a false hero that ultimately only serves himself. Despite Gordon managing to rile Tetch up enough to make him lose his composure though, and Mario getting the drop on him with a gun from the basement, Tetch has prepared for even this outcome, as Mario is chained up in the bathroom, and Gordon is still faced with the same hopeless choice. 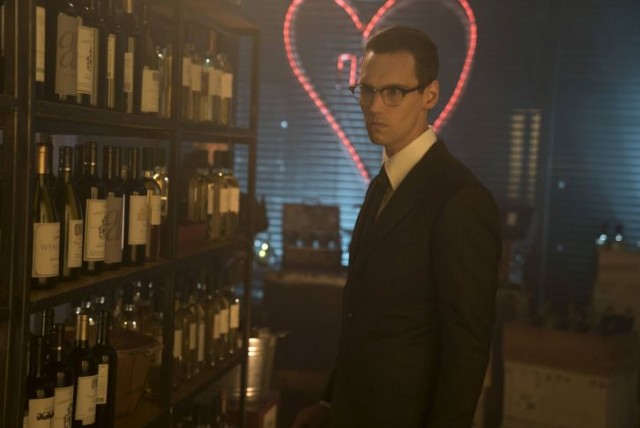 It was awesome to see Gotham not take the easy way out here, as it could have very simply done, since all of Gordon’s efforts are ultimately in vain, and he’s forced to make the impossible choice, where he says that Tetch should shoot Leslie. Again, in vague Joker-style fashion though, Tetch puts together that this means Gordon loves Valerie, and Valerie is the one to get shot. Valerie is shot in the abdomen as Tetch makes his escape with Tweedledum and Tweedledee, giving Leslie time to keep her stable and get her rushed to Gotham General, but it’s not looking good for Valerie. Everything hanging on a somber note, complete with a silent final text crawl to end the episode, beautifully highlighted this sad, tragic, and yet seemingly inevitable outcome. The Mad Hatter won this week, and that only makes him a more effective and devious villain for this show, one that is proving to have surprising staying power on Gotham, despite normally being a B-list Batman antagonist in DC Comics lore.

All of this tragedy and violence made for the Mad Hatter’s best turn yet in this week’s episode of Gotham, as well as Gordon’s most heartfelt defeat in a long while. “Follow the White Rabbit” is another great example of Gotham really firing on all cylinders, with the Mad Hatter continuing to be another surprisingly brilliant villain, and Gordon’s growing darkness being put on better display than Theo Galavan ever managed last season. Since Valerie Vale isn’t a presence in DC Comics lore like her presumed Gotham Gazette reporter successor, Vicki Vale, her fate could really go either way, and if the worst happens, Gordon’s latest failed relationship will have more permanent and powerful consequences. Next week’s episode can’t come soon enough!

Gotham 3.6: "Follow the White Rabbit" Review
Gotham excelled with another brilliant turn for the Mad Hatter this week, while Penguin and Gordon find that their friendship is becoming something more.
THE GOOD STUFF
THE NOT-SO-GOOD STUFF
2016-10-25
90%Overall Score
Reader Rating: (0 Votes)
0%