NOTE: A minor spoiler from a deleted scene in, “Batman v Superman: Dawn of Justice” is present in this article

It’s around one year’s wait left before Warner Bros. and DC Entertainment release their ensemble superhero movie, Justice League to theatres in November of 2017, and we now know who will be portraying the movie’s villain at long last. While it was announced several months ago that the primary antagonist of the movie would be Steppenwolf, a DC villain glimpsed briefly in a deleted scene from Batman v Superman: Dawn of Justice (this scene was released online shortly after the movie hit theatres in March, and is viewable in the Extended Cut that is now available for home viewing), it wasn’t known who would portray the baddie until today. 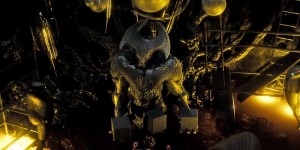 Steppenwolf will be portrayed by Game of Thrones’ Ciaran Hinds in Justice League according to a scoop broken by TheWrap, who you may also remember as portraying the Devil-like villain, Roarke from 2011’s Marvel-licensed movie, Ghost Rider: Spirit of Vengeance, which ended Sony’s Ghost Rider movie series before Sony sold the Ghost Rider rights back to Marvel in 2012. In DC Comics lore, Steppenwolf is a member of the immortal, high-powered alien race called the New Gods, and is a military leader of the planet, Apokolips, ruled by one of the most feared and powerful villains in the DC Universe, Darkseid. The character will also be portrayed through motion-capture in Justice League, according to the report, and will differ from his former look in Batman v Superman: Dawn of Justice.

During the character’s brief appearance in Batman v Superman: Dawn of Justice’s formerly deleted scene, Lex Luthor contacts Steppenwolf in General Zod’s ship, where he sees the three Mother Boxes, important tools of the New Gods, and presumably calls Steppenwolf to Earth to fetch them. This resolves Lex’s seemingly deranged dialogue about a doomsday clock and a bell that can’t be unrung in the movie’s ending portion, which merely came off as non-sensical ravings in the theatrical cut, though with this scene restored, it’s quite clearly a taunt that Lex has called the forces of Apokolips to Earth, laying the groundwork for Justice League. 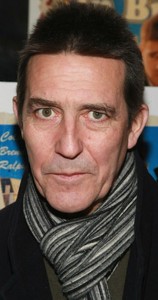 Normally, another major DC superhero, Green Lantern is a staple of the Justice League, and a Green Lantern Corps. movie is indeed scheduled for release in July of 2020, but director, Zack Snyder has already confirmed that Green Lantern won’t appear in Justice League. Likewise, Martian Manhunter is often a leading member of the team, though at this point, Martian Manhunter doesn’t seem to exist in the big screen DC Extended Universe. Martian Manhunter is also a leading presence on The CW’s DC television series, Supergirl, which might further bar him from appearing in DC’s movies, despite The Flash, Iris West, Superman, James Gordon, Alfred Pennyworth and Bruce Wayne (though not Batman) having separate live-action movie and television variations at this point.

Keep gathering Eggplante for all major news and updates on Justice League, and other DC movie projects.