Superstore concluded the 2016 run of its current second season with two back-to-back episodes this week, with the first half of its midseason finale being a very early Christmas-themed episode. “Seasonal Help” sees Cloud 9 overrun with new seasonal employees, which include Amy’s bumbling husband, Adam, while Glenn tries to hire the store’s first-ever Santa Claus.

After two especially excellent Superstore episodes over the past couple of weeks, this episode didn’t feel quite as hilarious by comparison, but it still made for a solid offering of laughs. The episode did take a bit to get going, since it has to establish the process of examining temporary new hires and Cloud 9 Santa prospects, but once it did, the slower start was worth it for the most part. 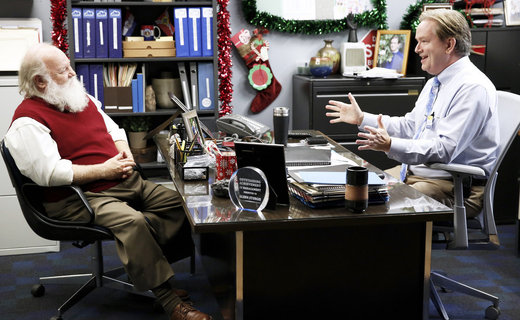 The idea of directly examining the state of Amy’s and Adam’s marriage beyond background implication also feels pretty due at this point, especially after Cheyenne blabbed to Jonah that the employees think he has a thing with Amy two episodes ago. Even so though, it seems like it’s happening kind of quickly, with Amy suddenly very insecure about her marriage after Glenn tells her that he thinks it’s on the rocks. Apparently, several of the other employees agree as well. It might have been more interesting to have Adam working at Cloud 9 for a longer period of time, and signs of trouble coming up later, since Amy is opposed to him working there right from the start, which only leads to more problems. Yes, Adam is comically inept and childish, but him being a halfway decent Cloud 9 employee for a bit might have kept viewers on their toes a little more.

Fortunately, Amy’s attempts to over-compensate by publicly flirting with Adam, and even having sex with him in the photo lab (a great callback to one of Season One’s best episodes, “All-Nighter”), were very funny, and nicely balanced out the predictable marriage woes. Amy’s probably not fooling anyone, but the awkward looks of Cheyenne and Mateo nonetheless made Amy’s ineffectual efforts feel very amusing. There’s a noticeable air of uncertainty around her as the episode winds down though, as she hugs Adam while asking if they have a great marriage, giving an unseen look of anxiousness all the while. Despite that however, Superstore managed to have some solid fun with a story turn that many viewers can no doubt predict to a tee. 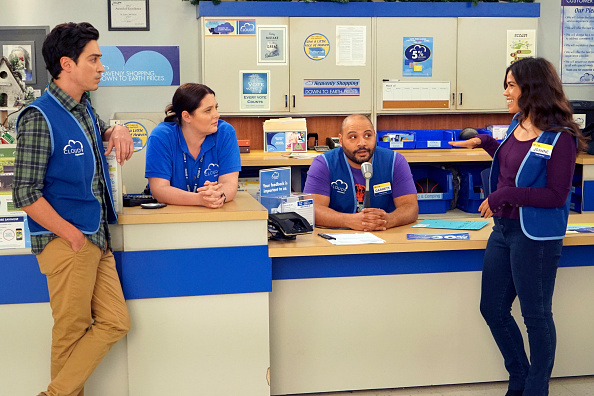 Outside of Amy’s storyline, Jonah learns of a traditional Christmastime betting system with the store’s veteran employees, where they bet on which seasonal hires will be the first to quit. It’s here that we learn an interesting new fact about Jonah, namely that he’s a notorious gambler! After Jonah wins the first bet, he builds a massive betting system with almost all of the Cloud 9 staff, save for Amy, Adam and Glenn. This story arc doesn’t hit the ground running right away, but it nicely kicks up when Garrett calls Jonah out on trying to influence the results by goading seasonal hires to quit. To Jonah’s surprise, Garrett is pleased with this, and laments that he didn’t realize this trick sooner, putting all of the veteran employees on the warpath to getting rid of the seasonal hires.

This was where the storyline really started working a lot better, nicely playing off of the fact that the veteran employees happen to find the seasonal hires to be insufferable and inept in almost all respects. A montage of events such as Dina trying to force someone to scrub the sidewalk clean, while the obviously-gay Mateo pretends to sexually harass a female employee, who then runs to Cheyenne, before Cheyenne tries to sexually harass her as well, were all very funny stuff. Jonah even manages to win again when he gets his mark to quit the store, though things take a bit of a turn when Glenn reveals to Jonah that many of the seasonal hires came from his church’s ‘Last Chance’ program, which hires drug addicts and criminals that can’t find work anywhere else. Uh oh. To Jonah’s credit, he does try to make it right by giving his mark the money he won from the pool as the guy leaves, only to overhear the ex-hire calling his uncle and asking how much meth he can get for $200. Even at Christmas, the comical despair of Cloud 9 doesn’t take a day off, but hey, at least Jonah’s heart was in the right place. 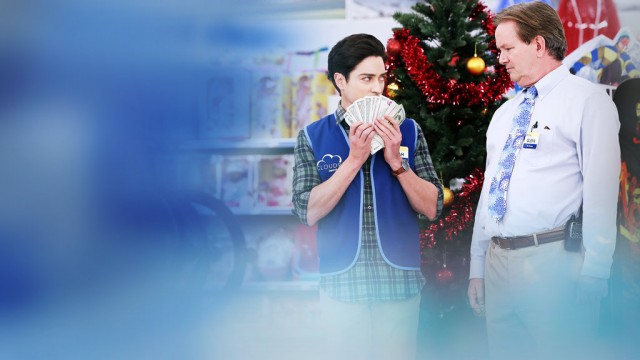 The remaining Glenn storyline was probably the least amusing, sadly, though it did have its sporadic moments of laughs. The idea of Glenn hiring a Cloud 9 Santa Claus feels like something that was funnier in concept than execution however. Glenn mostly just has the Santa candidates doing predictably uncomfortable Santa tasks, like enduring Glenn sitting on their lap for an extended period of time, or making them run around the store. The final result of the story, where the Santa prospects find out that it’s not a paid position and subsequently all reject it, was pretty funny though, as Glenn has no choice but to put his paid stock worker, who looks almost nothing like Santa, on the chair. It’s too bad that we didn’t actually see the result of this ‘promotion’ for the stock employee in this episode though, which was another knock against this storyline. Overall, it just felt like this subplot was a mostly missed opportunity, sadly.

“Seasonal Help” gave us our first look at Cloud 9’s Christmas drudgery, even before November is half over in the real world. I imagine that the show will have better Christmas episodes down the line, but what we got here was still pretty good in terms of laughs and storytelling. It’s too bad that more wasn’t ultimately mined from the Glenn storyline, and Amy so quickly running into problems with Adam is a little too predictable, but at least the twisted employee betting system made up for that. If nothing else, Jonah gave the gift of a Christmas high, and who could put a price on that… Right?