The CW closed out its epic four-show crossover in this week’s episode of Legends of Tomorrow, which rounded off, “Invasion!” on another superb, highly satisfying note. Despite its grand ambition, this seems to solidify, “Invasion!” as the best crossover effort from The CW’s DC shows to date, and once again, the episode still worked as a Legends of Tomorrow offering on its own merits, even finding an excuse to make a brief time jump!

With Oliver and his allies from Team Arrow having escaped The Dominators’ imprisonment after yesterday’s Arrow episode, the heroes find themselves scrambling to turn the tide against the coming alien invaders. Likely thanks to this being a Legends of Tomorrow episode, Nate and Amaya were finally allowed to properly join the action, and took Mick, along with Felicity and Cisco, back to 1951 to try and capture a Dominator so that it can be interrogated to learn of the aliens’ plan in the future. This is a pretty clever story device that lends itself into the time-traveling sensibilities of Legends of Tomorrow, and also provided a nice first-hand account of the aliens’ initial coming to Earth. 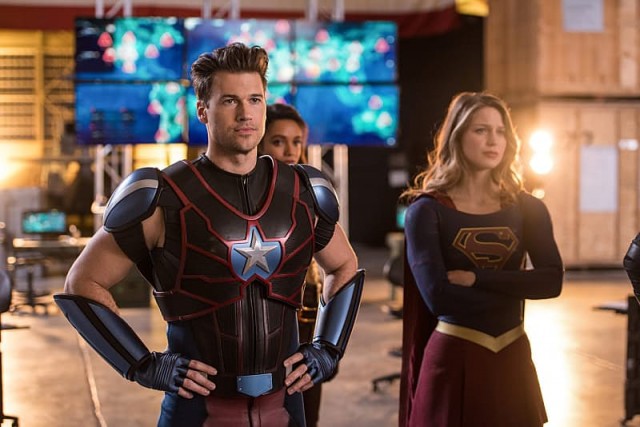 The humour derived from Felicity and Cisco bearing witness to the progressively more mundane time trips in The Waverider was pretty funny, and even though the two were initially benched, they were cleverly allowed to pitch in later. Mick, Nate and Amaya initially manage to subdue a straggling Dominator after the initial attack that Lyla first showed footage of back during The Flash on Tuesday, though government agents soon capture the three, along with the alien, forcing Felicity and Cisco to grab some weapons and bail them out. Felicity and Cisco sure got to the heroes pretty easily, but I suppose that, seeing as this is 1951, and they’re wielding future weaponry, maybe that’s not so difficult to believe. Besides, it does provide a solid excuse to learn of the Dominators’ agenda first-hand, as well as have the heroes save the alien and help it back home, making them truly live up to their call as heroes.

Like their DC Comics counterparts, The Dominators are a race that monitors and fears metahumans, and is about to attack Earth on account of wanting to quell the growing supply of metahumans before it spins out of control. This is taken directly from DC Comics’ own, “Invasion!” miniseries from 1989, which is cool, and the way that The Dominators were given an agenda that tied directly into the events of the DC Television Universe specifically was also very clever. Turns out, the aliens were drawn to Earth after Barry’s time-meddling and creation of Flashpoint, which has The Dominators giving Earth a deal; Surrender Barry Allen to them, or face a devastating attack that will see metahumans, along with plenty of civilian casualties, being wiped from the face of the planet. 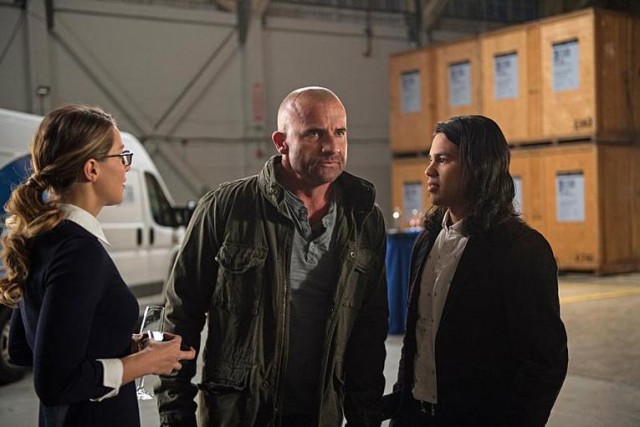 This storyline was also complemented by a smart subplot with Martin and Caitlin, who try to work out a means of crippling The Dominators with Martin’s new daughter, Lily, who is apparently a brilliant nanotech expert akin to Ray. Martin initially wanting to go back in time and fix the timeline so that his daughter no longer exists has him torn between his duty and his new family, but seeing Martin gradually see himself in his daughter, and find himself unable to erase the actions of his motivating his younger self to reproduce in 1987, from the events of, “Compromised” a few weeks ago, was also effectively dramatic and emotional. Martin even tells Jefferson later that the Legends can’t know about the aberration that he created in Lily, something that is sure to come back into play again on Legends of Tomorrow later.

Something that was also very effective is how saving the alien also altered history, and led to Barry being ordered to surrender himself in the first place, even if it meant saving most of the planet as a gesture of The Dominators’ gratitude. This made for a brilliant and organic way for Cisco to finally forgive Barry for Flashpoint, since Cisco realized that, when put in Barry’s shoes and given the ability to alter the timeline, he ended up altering it out of a desire to do what he thought was right as well. This all led to a wonderfully spectacular showdown that had the heroes all throwing down with The Dominators on a rooftop, while Sara and Cisco try to use the Waverider to dismantle a metahuman-targeting mega-bomb over Central City. Fortunately, with some huge transmutation from Firestorm, along with Martin’s devices being placed on enough Dominators by a speeding Flash and Supergirl, the aliens are eventually repelled, and the day is saved! 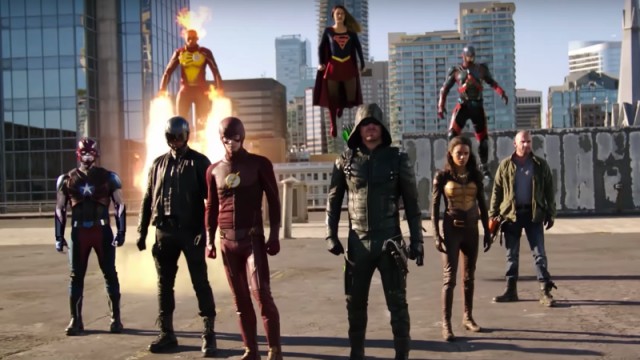 As great as this episode was, it did make a couple of mis-steps in passing, even if they’re pretty minor. Most blatant was Oliver’s poor excuse for benching Supergirl initially, out of a desire for, “Normalcy” when meeting with the new president in the present. This move never really felt like it registered or made sense, even when Oliver admits later that it was the wrong call, and this largely just felt like a way to make the team more vulnerable when the surviving agent from 1951 turns up in 2016 again. Fortunately though, Kara did fight The Dominators with everyone else later, and still found a great way to be useful in the final strike with Barry. The show also found a useful way to make Supergirl even more accessible to the main Earth-1 ensemble in the DC Television Universe too, after Cisco invents her a device that can both easily warp Kara and communicate between her own Earth, Earth-38, and the Earth-1 location of The Flash, Arrow and Legends of Tomorrow. This likely explains how the musical crossover between Supergirl and The Flash that is planned for 2017 will happen, along with any other crossovers between The CW’s DC shows down the line.

“Invasion!” came to a strong close on Legends of Tomorrow this week, which once again found exceptional uses for all of the many heroes at play, even if Supergirl was annoyingly benched in the first half, and Thea ended up disappearing entirely for this episode, possibly to try and keep the mayorship afloat in Star City while Oliver is busy. As much as fun has been had with the crossovers between Arrow and The Flash over the past two seasons, this bigger one managed to beat the odds and be even better, brilliantly spotlighting the very best of The CW’s entire DC catalogue, even when characters were operating on the episodes of shows that aren’t normally theirs. Even then though, this week’s episodes of The Flash, Arrow and Legends of Tomorrow still amazingly managed to feel true to their own shows’ styles and themes. “Invasion!” will certainly be a very tough act to follow for The CW’s inevitable multi-show DC crossover of 2017, but that just makes it all the more exciting to muse about what the network may come up with to try and top this next year!