The CW has managed to end the 2016 run of all of its DC shows very effectively up to this point, without any of them sticking out as stumbling before going on hiatus until next year. Fortunately, this remained true of this week’s midseason finale of Legends of Tomorrow, with, “The Chicago Way” providing another very enjoyable time-jumping romp for the team, while also pitting them in their first serious battle against the combined likes of the Legion of Doom.

With the latest time aberration detected in Chicago circa 1927, the era of prohibition, police corruption and Al Capone, the Legends move to the time period, where they believe that the imprisonment of Al Capone is about to be altered. Sure enough, Capone’s forces have been contacted by the Legion of Doom, now with Arrow’s Malcolm Merlyn newly added to their ranks, who enlist the Chicago Outfit’s help in trying to reclaim the amulet stolen from Damien Darhk by the Legends. Beforehand however, the heroes chase their tails a bit, believing they’re dealing with another routine aberration at first, with Reverse Flash cleverly manipulating events behind the scenes. 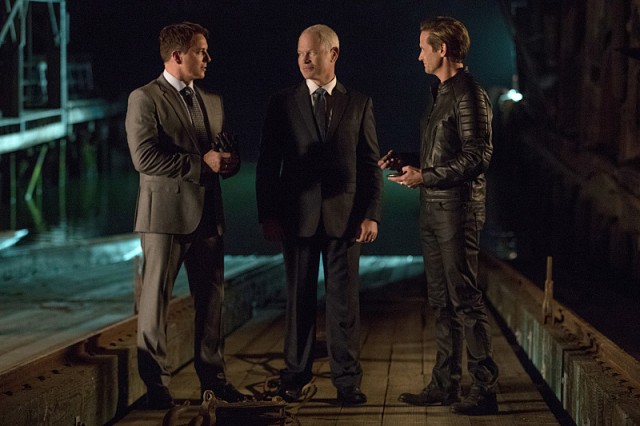 This is a bit of a slow burn episode, but the wait for the payoff is well worth it, especially when so many fun moments are provided beforehand. Developments like the Nate/Ray bromance and budding relationship between Mick and Amaya helped keep things plenty entertaining before the proper Legion conflicts came into play, as did the continued drama behind Martin having to hide the existence of his daughter from the rest of the team. Martin is continuing to be flooded with new memories of the daughter that didn’t previously exist, and this has him all the more determined to protect Lily from being erased as a course correction to history, even if, as we learned from The Flash this season, erasing a mistake in time is not nearly that simple. Sara does find out the truth in this episode, though surprisingly, she takes it pretty well. In fact, she almost takes it too well, and it might have been interesting to have the fallout from Martin creating an aberration be drawn out a bit more, especially considering that this idea is such a slippery slope for the Legends, Sara included.

Mick got especially big development in this episode, not just as he shows Amaya a cute way to embrace her bad side, harmlessly of course, but also in that he starts hallucinating images of his former partner-in-crime, Leonard Snart, who prods him about how being a good guy just doesn’t suit him. This torment kind of seemed like it came out of nowhere, and it didn’t amount to any serious consequences in this episode, though seeing Wentworth Miller again as Captain Cold is always enjoyable, even if it’s just a lingering memory of him. Cold is eventually set to properly return as a member of the Legion of Doom, though sadly, that didn’t end up happening in this episode, so we won’t see that development until 2017 it seems. Still, Mick having to undergo his own test to prove whether he’s truly a hero or a villain in the DC Television Universe is something with some good promise for next year as well, after Snart made his own choice towards the end of Season One. 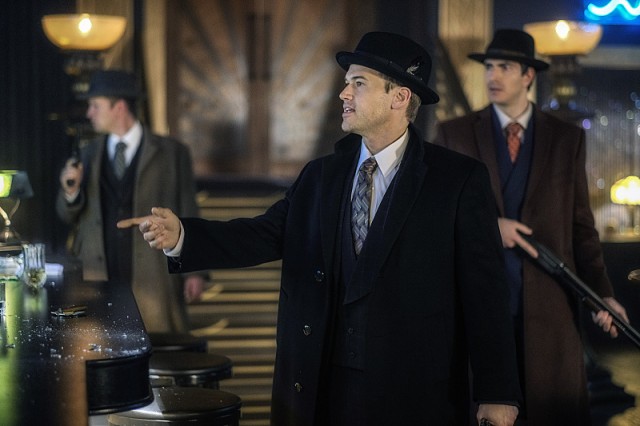 Initially, the Legion’s plan is vague, though this helps to keep the viewer on their toes, as everyone eventually sees that Reverse Flash is working with Capone, and so is Damien Darhk. Martin and Sara end up captured in the chaos, though they manage to get broken out without too much trouble. Naturally though, when something is that easy with villains like these, you know it’s a trap. Sure enough, after torturing Martin to get under Sara’s skin, Reverse Flash disguises himself as Martin, and begins speeding through the Waverider, looking for the amulet, after easily managing to board with Sara and everyone else.

This paves the way for a pretty superb climax in this episode, as everyone finds creative ways to engage the Legion’s forces. Sara takes the fight to Malcolm Merlyn on the bridge, while several of the Legends try and deal with Reverse Flash, alongside Capone’s men, who are also storming the ship to keep the heroes busy. Jefferson takes the opportunity to come clean about Rip’s secret armoury slightly beforehand, thankfully, which helps the Legends temporarily stop Reverse Flash with a speedster-disabling gun, though in the end, Sara is forced to trade the amulet for Martin’s life. Even if it was ultimately a defeat, the fun and well-choreographed action moments, with creative uses of all of the heroes’ various abilities and alliances, still made this exciting climax worth it. 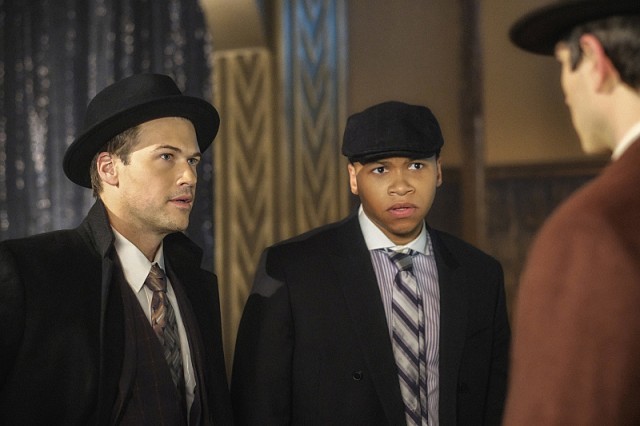 We also finally learn the proper agenda of the Legion of Doom in this episode, namely that the amulet can be combined with another piece in the possession of the Legion, which displays a map to the Spear of Destiny, the mythical spear that was said to have pierced the side of Christ after His death. The Spear of Destiny apparently allows the wielder to manipulate time and reality itself in the DC Television Universe, and that’s certainly a weapon that no one wants to fall into the Legion’s hands!

Chasing the Spear of Destiny is sure to provide plenty of great thrills in 2017, though that wasn’t the only final reveal that the episode ended on. We also finally learn where Rip has been after all this time, namely masquerading as an American movie director in the 1960’s, making movies about his own life as a Time Master. Legends of Tomorrow has managed to do very well without Rip in the dynamic, but enough time has passed that it might be worthwhile to bring him back into the ensemble, even if just as a recurring presence in 2017. 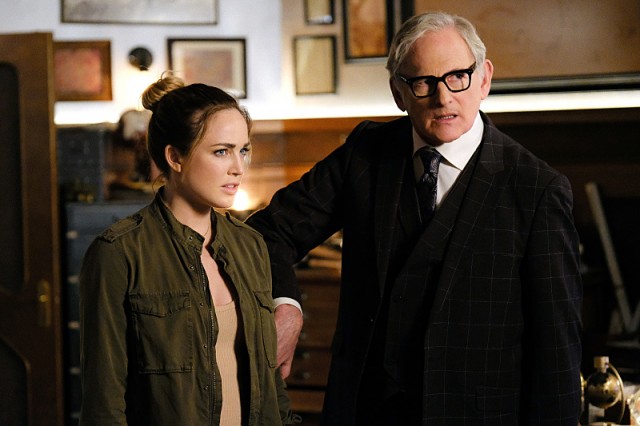 “The Chicago Way” was a very enjoyable midseason finale for Legends of Tomorrow, and one that exceptionally established the Legion of Doom as the proper ensemble of big bads that they deserve to be. Once again, the latest new time period backdrop was used to good effect, but it was the first proper duel with the Legion, and the reveal of their ultimate agenda that really made the episode shine. The continued development of the heroes also went over very well in this episode, particularly with Mick, who finds himself torn between two moral relatives, as Amaya makes him feel like a hero, but visions of Snart beckon him to embrace his criminal side again. It didn’t really feel like we got the proper amount of drama with Martin’s new daughter being known beyond Firestorm’s duo, and the implications of that, but all in all, Legends of Tomorrow rounds out The CW’s DC ensemble with universally great midseason finales, leaving all four DC shows on the network in very strong positions for their returns in 2017. It certainly seems like the Legion of Doom is only going to get more enjoyable on this show next year as well!

Legends of Tomorrow 2.8: "The Chicago Way" Review
Legends of Tomorrow delivered a superb midseason finale that pitted the Legion of Doom in battle with the Legends for the first time this week, with outstanding results!
THE GOOD STUFF
THE NOT-SO-GOOD STUFF
2016-12-09
90%Overall Score
Reader Rating: (0 Votes)
0%