Better Call Saul still has quite a few key pieces to move into place for the remainder of Season Three, and that really felt apparent in this week’s episode. “Sunk Costs” still presented a lot of intriguing possibilities for the season’s later episodes, but that also meant slogging through a lot of slow-paced story material that had the show feeling like it had to use up an entire week’s episode just to set up future events. That doesn’t equate to a bad episode of course, but it does equate to one that feels like its primary purpose is to have you anticipating events to come, rather than enjoying events right now.

Between Jimmy’s and Mike’s ongoing storylines, it felt like Mike got the better deal in this week’s episode, even if his storyline didn’t really end up going anywhere new. Mike has his first meeting with Fring, who cryptically reminds Mike that he doesn’t want Hector Salamanca dead, though otherwise refuses to elaborate on this matter. Instead, he implies that Mike should rob another one of Hector’s trucks, since Fring needs Hector alive, though that doesn’t mean that Fring doesn’t benefit from Hector’s competing business being disturbed. Mike is initially against this, though eventually capitulates to Fring’s proposal, and agrees to hit Hector’s supply chain again. 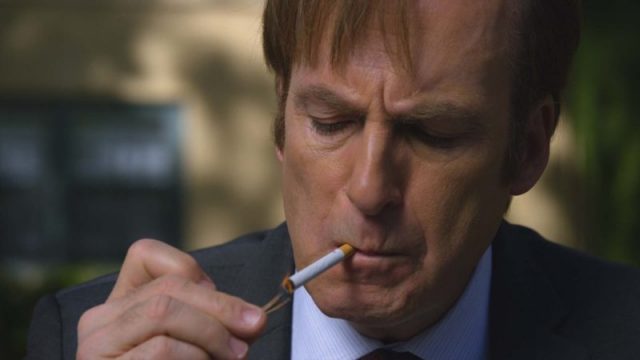 This amounts to yet more showcases of Mike’s ingenuity, which is something that this season alone has portrayed already, let alone previous seasons. Still, it is nonetheless clever to see how Mike makes his latest move against Hector, namely by stringing up some shoes, having Hector’s agents think that hunters are in the area so that they don’t pay attention to what’s around them, then shooting the shoes, which are filled with drugs, so that the truck gets investigated by the DEA, and the two agents are arrested. Again, this is a brilliant way to lay the hurt on Hector’s business, without actually hurting Hector himself, and it will be exciting to see what Fring inevitably has Mike do for him next!

The rest of the episode, meanwhile, predictably centered on Jimmy, after Chuck calls the police and has him arrested for his actions in the previous episode. It looks like Jimmy is finally going to pay the piper for his criminal dealings, and how he’s treated Chuck. We also get another glimpse of Chuck’s more sympathetic side to boot, as Chuck seems to honestly display a concern for Jimmy’s well-being again, declaring that he may be pressing charges, but he does want Jimmy to come out the other end as a better person. If you’re a Breaking Bad fan especially, you already know that this won’t happen, but that only makes Chuck’s misplaced concerns all the more tragic.

The latest interactions between Jimmy and Kim also become noticeably more strained, after Kim has another brief encounter with Ernesto, which is how she learns that Jimmy has been arrested, and Jimmy subsequently refuses to allow Kim to formally defend him in court. This seems inexplicable at first, though Jimmy acknowledging that Kim is already overwhelmed with Mesa Verde, and shouldn’t be concerned about him, did make a fair degree of sense. Jimmy still cares for Kim, and that’s very evident, even if it also looks like his pride is still slightly getting in the way of the relationship with Kim that Jimmy truly wants in his heart of hearts.

Another interesting conflict also comes up when it’s revealed that none of the local prosecutors can take on Jimmy’s case, since they’re all acquainted with Jimmy, and that marks a conflict of interests. Instead, a prosecutor is imported from a nearby area, who meets with Chuck to discuss her strategy with prosecuting Jimmy. This is the biggest indicator that Chuck’s concern for Jimmy is genuine, since he becomes noticeably worried about Jimmy going to jail, and successfully negotiates for the chance to have Jimmy plea out, which will keep Jimmy out of jail, though also cost him his license to practice law. This presents another interesting conundrum for Jimmy and Kim as the episode winds down, though it looks like they eventually decide to fight Chuck head-on, risking Jimmy going down especially hard and winding up in prison, rather than having Jimmy sacrifice his ability to practice law. Again, if you’re a Breaking Bad fan, then you already know that Jimmy doesn’t lose his lawyer badge, so this is fairly predictable, but hopefully, the show finds an unexpected and engaging way to keep Jimmy on the ropes with Chuck, even though we know that he’s not going to be disbarred, or at least not permanently. 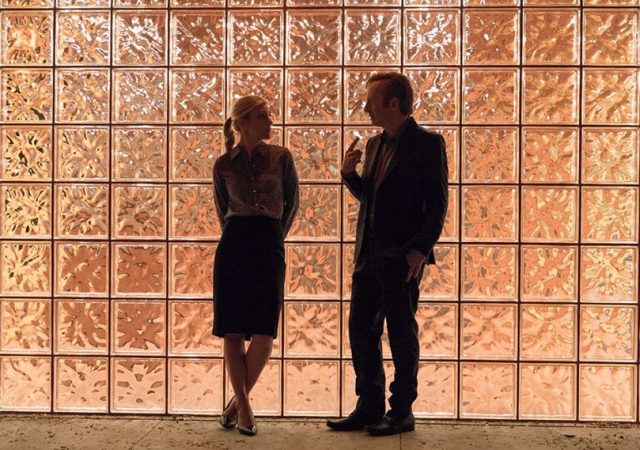 The overall slow pace of, “Sunk Costs”, along with story turns that feel like they’re already moot, due to the established events of Breaking Bad, both noticeably worked against the episode, though we nonetheless got enough good content to stay plenty invested. Jimmy and Kim’s latest battle with Chuck will hopefully hit the ground running with plenty of exciting family drama over the next several episodes, while Mike starting to become deeper tied in with Fring’s operation should hopefully yield some great loose story foundations for the events of Breaking Bad in this show’s near future. Better Call Saul has certainly seen better episodes than this one, but I suppose that, as long as this story labouring goes somewhere satisfying in the end, the small loss in momentum can ultimately be pretty easily forgiven later.

Better Call Saul 3.3: "Sunk Costs" Review
Better Call Saul slogged through a slower episode this week, even if there were still enough interesting moments to get by.
THE GOOD STUFF
THE NOT-SO-GOOD STUFF
2017-04-25
81%Overall Score
Reader Rating: (0 Votes)
0%