Well, damn. Turns out Supergirl can’t right itself after making a seemingly fatal pivot to an unimpressive big bad in Season Two’s final few episodes. “Nevertheless, She Persisted” was a sadly disappointing season finale for Supergirl this week, as the Daxamite invasion and the final battle with Rhea ultimately lack too much impact, with National City all but brushing it off by the end, even if a surprising sacrifice by Kara at least manages to close off Season Two with somewhat of a bittersweet conclusion.

Again, a huge part of what’s wrong with this season finale is Rhea, and the fact that she’s a very underwhelming climactic antagonist for the season. A final duel with Rhea is organized when Kara invokes an ancient Kryptonian rite to trial-by-combat for the fate of the Earth, trusting Rhea’s honour if she wins. If this sounds like a stupid idea that will inevitably go wrong, then you’re exactly right. Rhea inevitably interrupts what’s already a pretty hamstrung and disappointing punching match (I guess the rest of the show’s budget was spent on the big Daxamite invasion scenes around Kara and Rhea), to spit on her honour as a Daxamite, and sic her invasion forces on National City anyway. Big shock. At that rate, Rhea might as well have just beamed down to the city, and Kara might as well have just tried to goad her into fighting away from civilians. What was the point of all of this divine rite nonsense in the end?

Fortunately, the otherwise frustrating mind-controlling twist with Superman at least turned out to be better than expected, and fortunately, it didn’t last very long into the episode. It turns out that Rhea used Silver Kryptonite to make Superman hallucinate and think that Kara is famous Superman nemesis, General Zod, meaning that technically he’s not being mind-controlled, he’s just hallucinating. This explains the previously-announced Zod appearance for Supergirl’s season finale, in a surprisingly clever story turn, one that allowed Kara to emerge as the superior hero when she manages to knock out her cousin. Yeah, it sounds a bit ridiculous, but believe it or not, Silver Kryptonite does exist in DC Comics lore, and yes, it does make Kryptonians have strangely specific and dramatically convenient hallucinations. It also gives them a serious case of the munchies (I’m not kidding!), but Supergirl predictably left out this symptom.

Superman fortunately not being taken out so easily, again, meant that he was able to join with J’onn and help repel the invaders in the end, while Kara tried to deal with Rhea herself. M’Gann even returns with several White Martians to assist in saving the city, after psychically waking up J’onn from his coma. This would have been cool, had the show not so transparently backpedaled on how out-of-reach M’Gann supposedly was. If it was that easy for her to beam back to Earth at a moment’s notice, with a bunch of White Martian assistants no less, why did she spend so much time away from J’onn? Surely, she could have taken a break from her Martian crusade to assist with a few alien threats that Kara and J’onn have struggled with in the back half of the season! 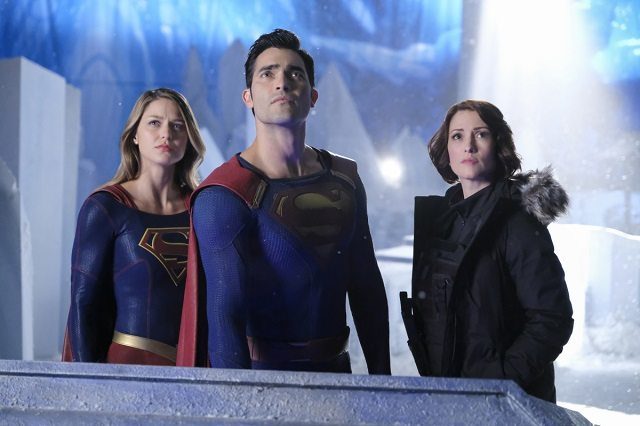 Disappointingly, the Supergirl season finale also frustratingly wimps out of resolving any layer of the ongoing Luthor family drama. Lena ultimately never has to make any difficult decisions with the coming of her mother to save National City with her, with Lena merely helping Winn build a plot-convenient device from the incarcerated Lex Luthor, which was meant to irradiate the atmosphere with Kryptonite to make Earth uninhabitable to Kryptonians like Superman and Supergirl. When the device is re-purposed to instead infect the atmosphere with lead, it basically serves as an easy excuse to get rid of the Daxamites, which Kara is forced to put into motion when Rhea predictably betrays her honour to try and destroy National City. This is almost as bad as the cheap, lazy solution to Damien Darhk’s nuclear endgame at the end of Arrow last season, as the Daxamites fly away ludicrously quickly, to the point where it’s downright comical, while Rhea conveniently disintegrates. Yes, she disintegrates, from a trace amount of lead exposure. Whatever. It’s stupid, but good riddance. She really wasn’t an effective villain.

Fortunately, the big plot-convenient solution to the Daxamite invasion does have to come at some cost though, and this is probably the one point where the season finale executed everything pretty much perfectly. Due to having to irradiate the atmosphere with lead, Mon-El has to flee the planet, or else he’ll die. This tearful and tragic end to the Kara/Mon-El romance was really effective, as Kara must try and find the resolve to be a hero, even after having to sacrifice her chance at true love. This tied in nicely with Clark later admitting that Kara is stronger than he is, and not just physically, since she’s had to struggle more, and has come out better for it. Sure, this isn’t really consistent with DC Comics lore, where Superman is clearly the stronger and more noble Kryptonian superhero of the DC Universe, but in the canon of the Supergirl universe, it does ring true, since Kara’s life and challenges have been demonstrably more uphill than Clark’s. 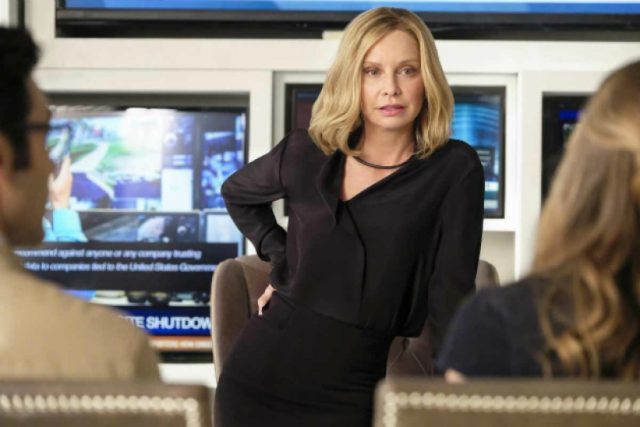 A few other quick last-minute developments come up in the season finale, even as other things, like what Cat’s next move is, and where Lillian’s and Lena’s family relationship stands, or Cadmus in general in fact, is all left up in the air for Season Three. Alex and Maggie getting engaged is a quick, but happy turn, though James barely appeared in this episode in the end, which is legitimately surprising, since you’d think he’d be all over this invasion to make Guardian look like a big, trustworthy hero. Also, I’m not sure what was up with that evil baby thing that launched from Krypton at the same time as Kara and Clark, but I guess it’s a Mon-El-esque cliffhanger for Season Three. Fair enough. Hopefully this becomes a better threat than Rhea.

Overall, “Nevertheless, She Persisted” wasn’t awful, but it felt noticeably sloppy for a season finale, much like the past couple of season finales for sibling series, Arrow have. The show just made the mistake of moving towards an ineffective villain and a rushed climactic arc for the end of Season Two, and that had Supergirl struggling to bring everything together on a good note, and giving up halfway through the effort. On the bright side though, now that Rhea and the Daxamites are finally gone, we can hopefully look forward to better and more promising new villains next season.

Supergirl 2.22: "Nevertheless, She Persisted" Review
Supergirl stumbled with a disappointing season finale this week, as Kara must do what she can to stop the Daxamites once and for all.
THE GOOD STUFF
THE NOT-SO-GOOD STUFF
2017-05-23
63%Overall Score
Reader Rating: (0 Votes)
0%