Upon exiting my early screening of 20th Century Fox’s newest comedy, Snatched, I couldn’t help but wonder why Goldie Hawn, an extraordinarily talented actress, picked this as her first acting gig in fifteen years. Maybe Amy Schumer is just the best persuader in Hollywood (in fact, I believe that!), but for Hawn to come out of acting retirement for such a flimsy, underwhelming and anemic comedy script, I don’t know. It just feels wrong. There should have been more ceremony. There should have been more excitement.

That about sums up Snatched in general actually, a movie that may stand as among the biggest wastes of talent among any 2017 movie release so far. As usual, the seemingly cursed second weekend of May proves to be toxic for any big screen movie that tries to release on it, and despite the incredible talents of Schumer and Hawn, who really do have superb chemistry in this flick, Snatched is just ultimately not that funny, and not that exciting. It’s watchable, and nowhere near as bad as, say, the reprehensible Fifty Shades Darker from this past February, but it really doesn’t merit a trip to the theatre. If you’re that excited about Schumer’s latest cinematic comedy or Hawn’s coming out of retirement, Snatched doesn’t qualify as anything more than a quick home viewing rental on a rainy night.

Snatched stars Amy Schumer as Emily Middleton, a thirtysomething loser who has just lost her job, her boyfriend, and anything else that could be remotely quantified as some reasonable degree of mature adulthood. All Emily has to fall back on now is her annoying, seemingly out-of-touch mother, Linda, played by Goldie Hawn. After buying a non-refundable vacation package that she planned to use with her boyfriend however, Emily is forced to begrudgingly take her mother to an Ecuador resort, which is where the story properly begins.

As an inoffensive big screen comedy that’s blatantly timed with Mothers’ Day, Snatched at least starts with a decent, if lightweight premise. Yes, there is the added angle of Emily and Linda being kidnapped, or ‘snatched’ as it were, during their vacation, but even that barely provides any excitement whatsoever. This is a movie that’s ultimately built on pathetically low stakes, and that has most of the laughs failing to register. Even highlight supporting performances by Wanda Sykes and a mute Joan Cusack, as two other alarmist vacationers that get involved in the kidnapping plot, aren’t enough to save the movie. There’s just too little meat to any of the personalities, who are all carried by a barely-developed script that never makes them truly feel like three-dimensional personalities.

The movie also has a subplot of sorts, as Emily’s agoraphobic brother, Jeffrey, played by Ike Barinholtz (who is somehow even more of a loser than his sister!), tries to get his sister and mother back, and fails to get past the bureaucrats in his way. Barinholtz is as acceptable as anyone else, doing what he can with a story template that feels like it was written on a cocktail napkin, but his subplot intruding on the movie draws even more attention to the fact that Snatched feels like a sitcom episode that’s been stretched to a way overlong 97 minutes. This wouldn’t even make for a good sitcom episode at a half-hour either!

There really isn’t more to Snatched than its simple-minded premise. It’s a movie about a mother and daughter who get kidnapped, and learn to come together to save themselves. That’s really it. That’s the whole movie. There really isn’t anything else, not any meaningful character development or world building or commentary, or anything that would have made this more than a disposable Mothers’ Day comedy. Snatched is ultimately the kind of movie that just feels like a cinematic fart, since it wafts through its brief existence, isn’t particularly pleasant to anyone who didn’t make it, but is mercifully forgotten as soon as it finally dissipates. 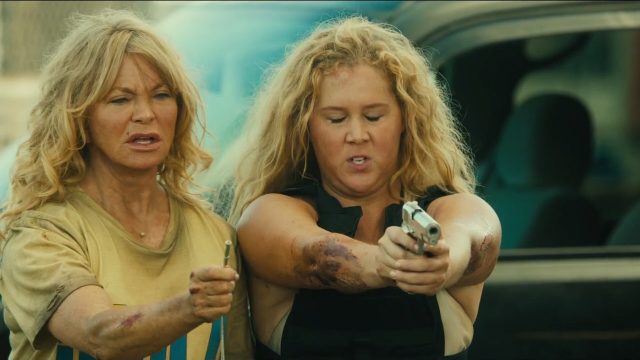 Perhaps the worst offense of Snatched on the note of its storyline is that it couldn’t even muster the motivation to make itself an action-comedy, which its premise actively invites. Turning this into a more thrilling farce with actual mayhem, destruction and chaos might have actually made it more entertaining, or at the very least funnier. Instead, Snatched is utterly bland and toothless with its humour and its supposed ‘thrills’, never truly creating an atmosphere of credible danger for the protagonists, which in turn deflates a huge chunk of the jokes. Unless you’re the kind of dainty, out-of-touch person that emulates Goldie Hawn’s character, Snatched just suffers from too many story stretches that will leave you bored, and woefully un-engaged, especially when this hurts so many of the attempts at jokes.

Snatched is directed by Jonathan Levine, who simply has to be slumming it for an easy paycheque here. This is the same Jonathan Levine who directed 2011’s brilliant cancer comedy, 50/50, and then directed 2015’s adult-oriented Holiday flick, The Night Before, two legitimately great comedies! Heck, even 2013’s Warm Bodies at least had a decent sense of character to it thanks to Levine’s directing, even if it wasn’t as well-realized. I suppose they say that even great directors have at least three bad movies in them, and sadly, Snatched is one of Levine’s three allotted bad movies. 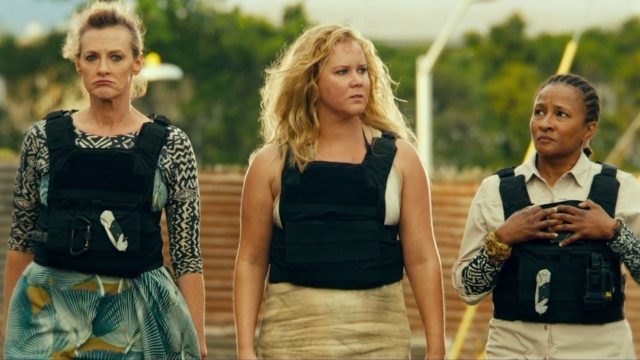 As for how Levine’s directing fares in Snatched, well, it feels like it’s barely present. Levine feels like he spent most of this directing gig with his nose in his phone, since most of Snatched is proceeded through with a wholly disinterested hand wave, as Schumer, Hawn, Sykes, Cusack and Barinholtz all vainly try to fumble their way through a wafer-thin script, and seemingly disengaged direction. Sometimes they do alright, but too much of the time, they aren’t given the handling or focus that their characters really need to maximize the laughs. In that respect then, there’s really nothing to say about Levine’s direction. There’s nothing really wrong with the direction per se, but there’s nothing to comment on either. Like I said, it just feels like Levine is completely in this for the paycheque, as if he’s just doing this movie so that he can realize a hopefully better comedy through 20th Century Fox in the future. We can hope.

There’s very little to say about Snatched in the end, since it seems like its director really didn’t care that much about it, and nor did the studio for that matter, considering its relative lack of promotion compared to most of the other Summer season comedies on the way. The movie clearly made a vain effort to cash in on Mothers’ Day, but following just one week after Marvel Studios’ mega-hit Guardians of the Galaxy Vol. 2, a vastly superior movie that is still great fun to see for the mother/daughter audience combo that Snatched has in mind, proved to be a predictable death sentence for this too often unfunny and anemic comedy. 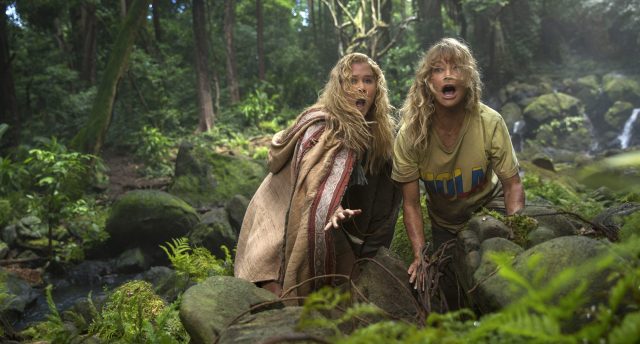 Snatched is made watchable by the talent of its leads and supporting cast, who at least try to put in an effort and do what they can, but it’s just not enough. Schumer and Hawn seem to be having fun at the very least, as do Sykes and Cusack whenever they’re on screen together, but this is ultimately a very bland, forgettable and unexciting comedy. Hawn really deserved a better movie to come back to acting with, and hell, Schumer is also way better than milquetoast throwaway comedies like this. Like I said, this is at least good enough for a one-and-done home viewing rental if you like Schumer and/or Hawn, and want an undemanding comedy to kill some time on a rainy night, but if you expect anything more from your cinematic comedies, you’re probably better off just letting Snatched fade into obscurity. Frankly, it belongs there.