Better Call Saul has been doing a pretty great job of building towards a big, dramatic climax for Season Three over the past several weeks, and that climax finally started properly unfolding in this week’s season finale. “Lantern” begins with a seemingly innocent shot of a young Jimmy and Chuck reading a bedtime story in a tent together, representing sweeter memories of days gone by. When this shot ends with an ominous pan towards a lantern though, it’s clear that something is about to go very wrong for one or both of the McGill brothers during the show’s main 2003 events, and they’re certainly not the only ones!

Fortunately, as new depths of tragedy and woe begin to be mined from various characters, we get a season finale for Better Call Saul that definitely delivers on its promise. This is another all-around excellent episode for the series, one that caps off Season Three on a very poignant, memorable note when it comes to pretty much every perspective. The only strangely absent character in this season finale is Mike, whose Season Three story arc seems to have wrapped with him placing his dirty money in the custody of Fring and Lydia during last week’s episode. Not getting some final forward movement on Mike’s storyline for the end of this season feels like a strange oversight, but fortunately, there are more than enough other standout storylines to keep this episode plenty full of drama and investment. 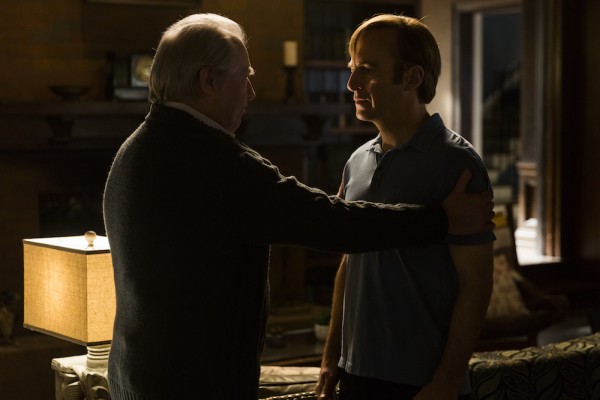 Breaking Bad fans can already predict one of the big turns of the episode of course, and that’s Hector taking the fake heart medication that Nacho brewed for him. Nacho is waiting to make his move against Hector, who goes to work intimidating and paying off Nacho’s father to keep stoking Nacho’s hatred towards him. It’s not until towards the end of the episode that we get the predictable payoff however, namely seeing Hector lose it on the cartel representative that delivers the message of the cartel boss favouring Fring’s route and methods. As Breaking Bad fans would anticipate, this is when Hector collapses and needs to be rushed away in an ambulance, likely signaling his stroke-induced state from the future events of Breaking Bad.

Kim also took up quite a bit of focus in this season finale, following the tense cliffhanger ending of last week’s episode, as she wakes up in the hospital following her car accident, with Jimmy helping to look after her, complete with picking up all of the papers that fell out of her crashed car well into the night. Kim continues to try and make her new client work, even as she faces having to sublet the office and let go of Francesca, and this eventually leads to the two women taking a pretty cute trip to Blockbuster Video, in a rare amusing moment for this episode. Francesca is unfortunately let go at the end, and may possibly never be seen again on this series, and as you can imagine, the result of having to do this eventually has Kim conceding defeat, and sending her oil client over to another firm. Kim is going to be recovering from her injuries and bruised ego for a little while, even if she’ll probably be fully recovered by the events of the still-formally unconfirmed Season Four, but it will be interesting to see if her burnout and exhaustion prompts her to fully lose her drive and passion for her job next season. 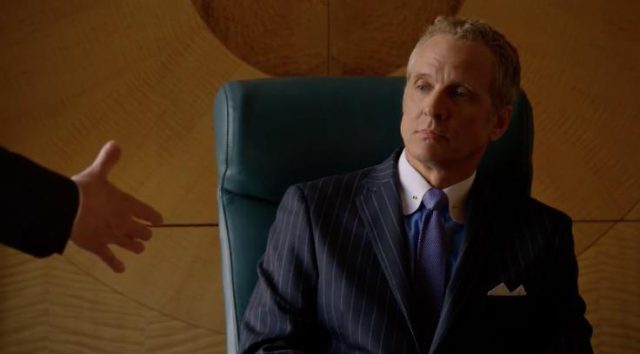 The show also wisely gave Jimmy one of the most memorable and impactful story arcs of this episode too. After looking after Kim, Jimmy struggles with having wrecked the social life and happiness of the Sandpiper representative that he helped get the settlement for. Despite Jimmy’s efforts to fix the situation, he just seems to keep gradually making it worse. This actually results in a huge, season-defining moment for Jimmy however, as Jimmy decides, in an increasingly rare turn of events, to do the right thing, and act as if he was caught admitting to his deception with the settlement to Erin from Davis & Main. This restores social order at Sandpiper, but also results in the seniors there permanently hating and banishing Jimmy from their circles, pretty much obliterating any hope for Jimmy’s old practice once his suspension is up. It was another supremely selfless act that resulted in another supremely difficult set of consequences for Jimmy, one that also continued to lay another cornerstone when it comes to his eventual evolution into sleazy criminal attorney, Saul Goodman.

This just leaves Chuck, who occupied yet another major story arc of this episode. After his threat to sue HHM, Chuck is eventually just bought out by Howard, who decides that he would rather risk the firm’s financial future than let Chuck destroy it. This leaves Chuck with absolutely nothing beyond a big severance cheque that he earned from a questionable vendetta, seemingly restoring his electromagnetic sensitivity in the process. Chuck thus spends most of the episode tearing apart his house in an effort to stop the amp counter outside, which never seems to cease operation. Eventually, Chuck simply destroys the counter and then sits in defeat in his dark, lifeless house, gradually kicking at one of the lanterns on a nearby table. As the episode and the season ends, the lantern falls, and Chuck’s house becomes engulfed in flames. Holy crap, did Chuck just kill himself?! The showrunners have confirmed that the presence of Chuck won’t disappear from the show, but they didn’t necessarily confirm that he’ll survive the fire either. The question of Chuck’s uncertain fate was a fantastic note to end the season on, even if we still have yet to receive a formal Season Four renewal announcement for Better Call Saul from AMC.

Like I said before though, Better Call Saul being renewed for a fourth season is no doubt a question of ‘when’, not ‘if’. The showrunners have already all but confirmed that AMC is giving the series at least one more season to start wrapping up the overall storylines and setting the stage for the events of Breaking Bad, even if Season Four could possibly be the last in that case. Regardless, Better Call Saul definitely capped off Season Three brilliantly with the standout, “Lantern” this week, which fully completed the tightening of the season to be an easy improvement over the still good, but more unfocused second season from last year. Jimmy’s possible final act of selflessness was a great way to play against audience expectations with his diminishing morality this season, while seeing Hector finally suffer what seems to be that pivotal stroke made for a satisfying payoff for Breaking Bad fans, and likely big consequences for Nacho soon.

Again, a complete lack of Mike in this season finale felt like a weird oversight, but what fans will truly be buzzing about most with the end of Better Call Saul’s third season is no doubt Chuck’s possible suicide by burning his house down with himself inside in the final seconds. Chuck may end up being rescued of course, but the flash of a real-life suicide hotline number afterward does seem to paint grim odds for Chuck’s survival into Season Four. It’s also worth the reminder that Chuck was newly added to Better Call Saul, and didn’t show up at all during the events of Breaking Bad, increasing the likelihood that he may die in this self-inflicted house fire. That will probably provide another perfect excuse for Jimmy to embrace the darkness as Saul Goodman by the events of Breaking Bad, and considering that Kim now seems to be fully checked out as well, Jimmy officially seems to have run out of moral paragons to try and save him.