After an unfortunately truncated second season conclusion earlier in the year, following an unexpectedly lengthy midseason hiatus, Lucifer is back for Fall with a super-sized third season, and fortunately, the show didn’t waste any time cooking up an interesting new mystery. “They’re Back, Aren’t They?” made for a slightly slow burn season premiere for Lucifer, initially unfolding as business as usual, even after Lucifer wakes up in the desert with his angelic wings having returned. By the end of the episode however, it becomes all too clear that a dangerous threat is operating in the shadows of Los Angeles, and one that seems to have a pretty clear connection to Lucifer, as well as a hand in his current conundrum.

Lucifer isn’t missing for long, since he manages to make it back to Los Angeles mere moments after waking up in the desert, with some help from a former jewel thief that he previously ran into. Apparently, Lucifer was only gone for two days, and nobody saw this as a big deal, including Chloe, since they all simply assumed that Lucifer was being himself in his absence. It initially seemed like Lucifer being missing was going to be a bigger mystery than this, but maybe the showrunners ultimately felt like the missing Lucifer thing had already been done for the midseason gap of Season Two, so they likely didn’t want to repeat themselves, 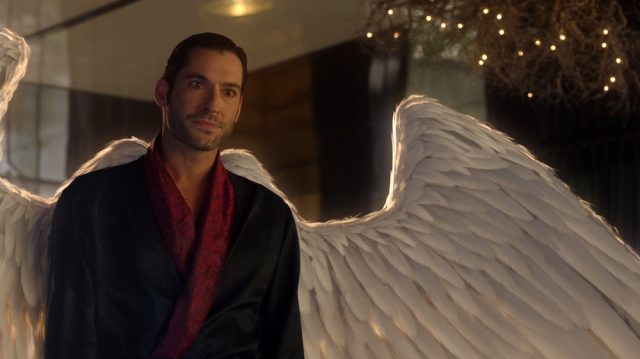 Regardless, Lucifer returning to the LAPD also coincides with the introduction of a new lieutenant, Marcus Pierce, who will be played in a series regular role this season by former Smallville lead, Tom Welling. It may be coincidence, but considering the pivotal status of Welling’s character this season, I have to wonder if this is a very, very subtle reference to Superman temporarily taking Lucifer’s place as Lord of Hell in DC Comics lore. That’s probably a stretch, but it would be neat if Welling’s casting and former DC Comics television history was some sort of foreshadowing to a big connection with Lucifer and the show’s divine element that will be explored later. Regardless, Welling makes an immediate impression as the no-nonsense lieutenant, being strict, but likable, and Ella being inexplicably smitten with Pierce despite his unfriendly attitude is particularly humourous.

The show also quickly brings another case before Lucifer and Chloe, which is inadvertently discovered when Lucifer tries to convince Chloe that he was the victim of a kidnapping. Turns out, Lucifer was coincidentally dumped next to a dead body, who happens to be a rich businessman that died of dehydration. When the man’s business party seems to know nothing about this, the police quickly find themselves at a dead end, despite the assistance of the nearby Lancaster Police Department, who don’t seem to be particularly helpful. 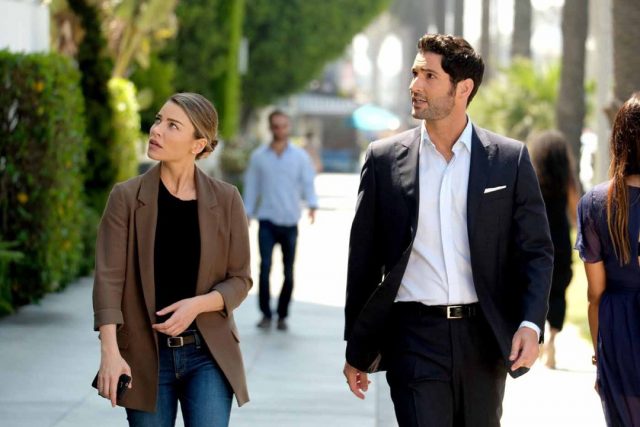 The way that the show ultimately ties this in with Lucifer’s wings is pretty interesting, with the payoff happening after it’s determined that a false detective at the scene was trying to steal evidence. Turns out, an extreme kidnapping service initially played a prank on the murder victim, one that seemingly went wrong, and a dangerous crime boss known as, “The Sinnerman” hired this same underground business to kidnap Lucifer and dump him in the desert at the end of last season. Turns out, the victim’s death was accidental, with the phony kidnapper simply ditching him in the desert because he bore witness to Lucifer having angel wings, and got scared off. This was a tragic, yet strangely logical turn of events, as The Sinnerman clearly seems to know something that no one else does, even Lucifer. The accidental murderer getting out on bail, only to later be found impaled on rebar under a dock at the end of the episode, was also a fittingly dark conclusion, nicely highlighting just how dangerous this Sinnerman character really is!

Lucifer having wings is also explored a bit in a small subplot with Amenadiel, who spends much of the episode moping around, and gradually discovering evidence that Lucifer’s wings have returned. Amenadiel’s big time-stopping Deus Ex Machina is confirmed as a one-off, with the former angel disappointingly not displaying any powers since, but this still presents a potentially interesting and ironic conflict, now that Lucifer has his wings and doesn’t want them, while Amenadiel wants to reclaim his wings, but can’t. The only forced note to this conflict came when Lucifer tries to hire a sexy masseuse to make Amenadiel feel better, which is fairly funny (especially when Amenadiel is strangely alright with it), but Lucifer chopping off his wings and leaving them in the open for any idiot to see felt rather contrived and unrealistically stupid. What if a human had seen them, especially with that masseuse hanging around?! I know that Lucifer can be reckless, but even he knows that he can’t just dump his clipped wings wherever, since it could result in another massive divine mess that he and his brother will subsequently have to deal with! Considering how easy the wings apparently are to burn as well, why didn’t Lucifer burn them if he wanted to get rid of them? 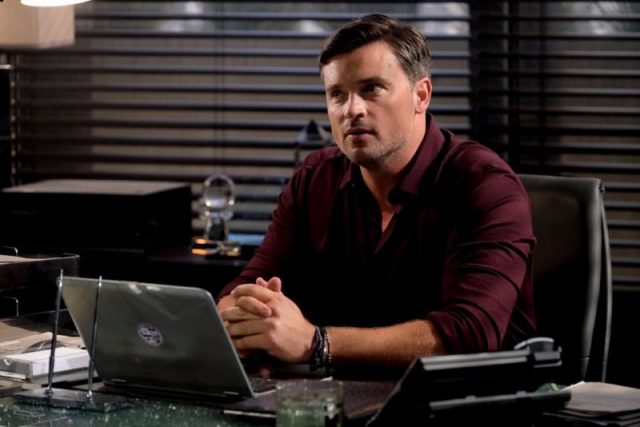 Still, Lucifer started off its third season on the show’s same great note, effectively setting up a new antagonist, a new mystery, and a promising new docket of cases for Lucifer, Chloe, Dan and Ella to get busy with. I’m very interested to see what’s done with Tom Welling’s new LAPD lieutenant, who will probably end up having his own dark secrets down the line, but most importantly, I’m happy to see that the series is continuing to excel as much as ever, still remaining one of the most enjoyable dark horse hits in the FOX lineup! It looks like the show is predictably already paying dividends as FOX’s new Monday night primetime headliner, taking the place of Gotham as it moves to Thursday nights this season, and at this point, Lucifer’s promotion in the schedule seems to be predictably well-deserved!

Lucifer 3.1: "They're Back, Aren't They?" Review
Lucifer kicks off its super-sized third season on a predictably entertaining note this week, as an intriguing new mystery and a dangerous new antagonist begin to shadow Los Angeles.
THE GOOD STUFF
THE NOT-SO-GOOD STUFF
2017-10-03
86%Overall Score
Reader Rating: (0 Votes)
0%