Whether starting a new school year or looking forward to a new football season, there are consistent joys in life to look forward to. FIFA games tend to be one of those things, and they’re typically the best version of a given year’s soccer (or football, depending on region) game. Each year, developers hopefully push the boundaries to make a game feel more life like, control better than previous years, and add new content to the game, while updating player rosters and ratings that make a meaningful impact on gameplay. Was FIFA 18 able to deliver on these enhancements or did they stagnate for the 2017-2018 season? 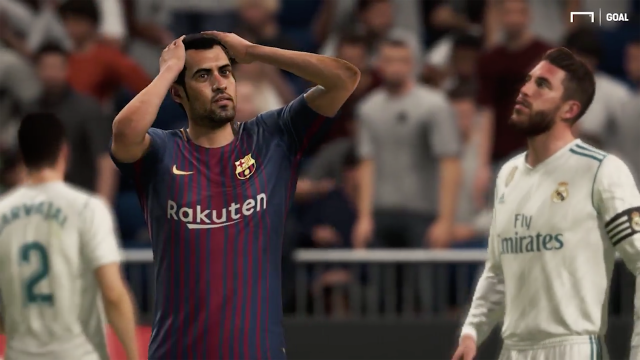 First and foremost, FIFA 18 is best played with others, whether your friends in-person or online with other players around the world. It’s a sport after all and meant to be a competition against with others. But for those that like to play a campaign-style game with a story and plot, FIFA 18 doesn’t disappoint. The Journey: Hunter Returns is a mode that continues the story from where it left off in FIFA 17 where it was first introduced. Alex Hunter, a young prodigy, is looking for bigger success this time around and has his sights set on winning the biggest competitions. A well-written and fun to play story that makes you feel like a true football star, it is especially evident early on when Alex Hunter is waiting in the tunnel to go onto the pitch and happens to be beside Cristiano Ronaldo. Alex has a reflective moment, as anyone would in that situation, his mouth gaping in awe at the superstar beside him. Moments like these help to create that emotional connection between the player and Alex.

The Journey does a great job in handling customization for Alex as you can change his gear as well as his hair style and clothes. When playing actual games, you can either choose to play as Alex, as a team, or with someone else. During the game, there’s something to be said for the way it tracks the players’ performance, rating each with a tracker in the corner of the screen, complete with instructions for the player from the team’s manager. There are social aspects whereby Alex has a following on social media and the amount of followers he has depends on the player’s choice in certain dialog sequences. Be a cool and collected Alex to gain followers and attract the right kind of attention, or be fierce and off-putting to have an edge at the cost of your social media. This is a nice touch, very true-to-life, and simply fun to be able to see comments left for Alex before a game as one might see in real life. 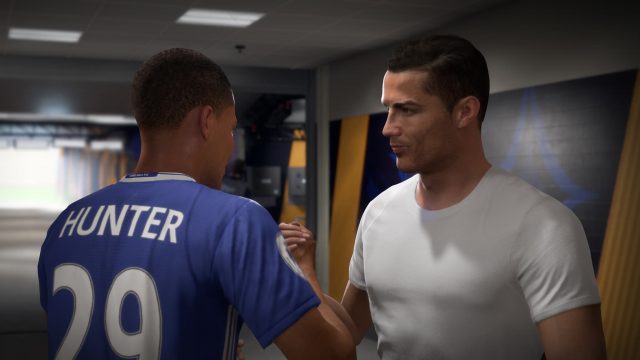 From a gameplay standpoint, FIFA 18 looks and feels as it should. The franchise has always done an excellent job of putting on a grandiose show and having the most well-animated crowd in sports games as well as incredibly lifelike players and realistic move sets in abundance. Player movement and passing is smooth and shots are accurate, but acceleration can be difficult and cumbersome at times. Goal celebrations are still a favourite and it doesn’t hurt to rub it into the losing team. Commentary is realistically voice-acted and menus are easy to master.

Overall, FIFA 18 is a fantastic game. The gameplay itself has only received slight improvements over last year’s iteration, but the franchise made serious strides in 2017. By continuing the stellar story of Alex Hunter in The Journey: Hunters Return, as the saying goes, “if it ain’t broke, don’t fix it.” With FIFA 18, that couldn’t be more true; the franchise has consistently offered the pinnacle experience for soccer (football) in video games and the 2018 version rings true to this day.

FIFA 18 Review
FIFA 18 delivers on the promise that the FIFA franchise is the first and last word in soccer (football) video games. With an improvement over last year as well as following up on FIFA 17's The Journey, FIFA 18 impresses as the best looking game of its kind this generation.
Visuals85%
Audio90%
Gameplay85%
The Good Stuff
The Not-So-Good Stuff
2017-10-10
87%Overall Score