The Gifted got off to a pretty great start with its first episode last week, and fortunately, that momentum largely continued in this week’s episode. “rX” kept the thrills going between four (yes, four) equally effective storylines this week, as the Strucker family finds itself further entrenched with the Mutant Underground, while Polaris has to try and survive as a mutant in prison.

It’s still really amazing how much story The Gifted seems to be able to cram into any given episode, without ever feeling unfocused or overstuffed. It’s very easy to follow what’s going on, and how it all ties back to the plight of both the Mutant Underground and the Strucker family, and a lot of that comes down to how well written and directed this show is. As I said before, that fact is all the more impressive when the series revolves around not only everyday folks saddled with the mutant gene, rather than real ‘superheroes’, but also has to make-do with B-list mutants from Marvel Comics lore, since the big mutant personalities of the X-Men and the Mutant Brotherhood are off-limits. 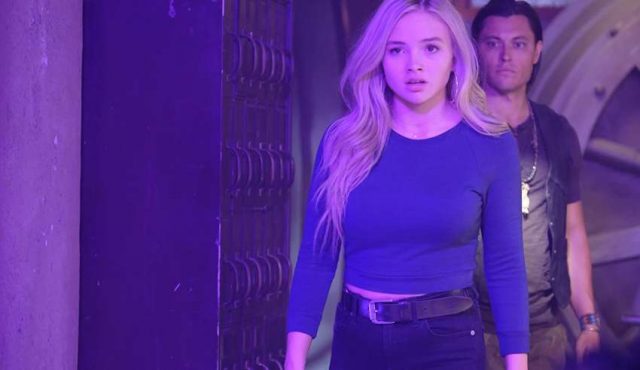 Right from this episode’s cold open, the show’s drama and social commentary continues to work well, as we see a young mutant girl and her father get harassed at a bowling alley one year before the present-day events, which Reed has to intervene in during the Strucker family’s night out. This not only continues to build upon the human perspective of just how feared and hated mutants are in the everyday world by this point of Fox’s live-action X-Men timeline, but also nicely contrasts with Reed’s attitude about mutants then, versus his attitude about mutants now, since discovering that his children are mutants, and are now scrutinized by the same brutal, rights-trampling laws.

Even then though, Reed is hardly a sanitized, idealistic hero for the show. His storyline in this episode revolves around trying to resist the legal process of Sentinel Services, which does everything in its power to get Reed to give up his family. Once Sentinel Services starts harassing Reed’s mother though, Reed cuts a deal to give up the Mutant Underground in exchange for his family’s safety, even going as far as to take the fall for their crimes. This was very interesting, since it feels both heroic and selfish at the same time, and continues to make Reed a very interesting, morally ambiguous family patriarch. Not only that, but I’m sure that this deal will lead to even more excitement in next week’s episode! Oh, and on one last note here for Marvel/X-Men fans, it was very cool to have Jace Turner name-drop the Mutant Liberation Front alongside the Mutant Brotherhood as a known mutant terrorist organization, with the MLF being well-established mutant baddies in Marvel Comics lore, and particular foes of the militaristic X-Force that Cable and Deadpool serve as a part of. 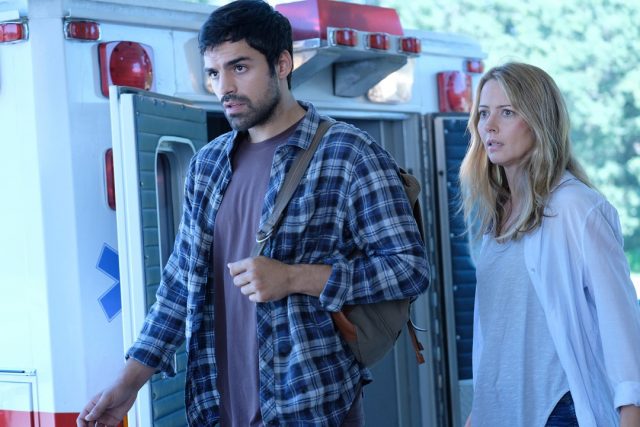 Another equally effective storyline on this note came via Caitlin and Eclipse, who have to try and get into a hospital to find medicine for Blink. After over-exerting her powers to save the Strucker family (well, most of them) in the previous episode, Blink’s portal-generating abilities spin out of control, and keep opening a path to a road, which leaves the Mutant Underground’s headquarters exposed, and ready to be invaded by police. The storyline at the base was pretty exciting, as Lauren has to frantically try to close Blink’s involuntary portals before police can storm in. Ultimately though it did feel like the fix with the medicine was pretty easy, especially when Caitlin confesses to barely having any knowledge of how to treat mutants, yet fixes Blink in seconds, once she has the right ingredients. Moreover, this episode also introduces Dreamer, played by another Agents of S.H.I.E.L.D. alum, Elena Satine, with Dreamer being a mutant who can manipulate and potentially seal off memories in one’s mind. Since this is clearly a memory causing the police problem, why didn’t Dreamer at least try to redirect the portals, rather than standing around and panicking like a dope?

That said, the Caitlin/Eclipse storyline was nonetheless pretty awesome, where they must pose as a human/mutant couple to get into the hospital, which also carries the benefit of Eclipse being able to get his bullet wound treated. Eclipse’s commentary about mutant health care further highlights the world being plagued with anti-mutant sentiment, and how being a mutant, especially one with volatile powers, essentially cuts you off from basic rights like being able to go to the hospital. Another nice touch here was the doctor treating Eclipse noticing Caitlin’s injuries from before, and immediately assuming that she’s in an abusive relationship, simply because her ‘boyfriend’ is a mutant. This hits close to home, and pulls attitudes related to real-world prejudice and racism in a clever way, which helps The Gifted feel very timely, and surprisingly insightful for a Marvel Comics-inspired show in particular, without this sort of social commentary ever feeling forced or heavy-handed.

This just leaves the Polaris storyline, and once again, this beautifully continued to build up both excitement and anti-mutant sentiment, this time through the lens of the penile system. Polaris having to wear a collar that zaps her every time she uses her powers is a pretty big clue to The Gifted’s place in Fox’s live-action X-Men universe too, since these same collars were conspicuously featured in the dystopian mutant-oppressing future from X-Men: Days of Future Past, further suggesting that The Gifted takes place in the X-Men movie series’ former timeline, between the events of X-Men: The Last Stand and the future portion of X-Men: Days of Future Past. Regardless, Polaris trying and failing to befriend another cosmetically unfortunate mutant, after revealing that her black hair is dyed and is naturally green (as in Marvel Comics lore), and later getting thrown in solitary for simply defending herself, helped to bring a vulnerable new side to this formerly super brave and independent character. Even Polaris is broken and helpless in the face of this prison system, which seems actively designed to punish mutants simply for being mutants, even when the ordinary humans surrounding them are far more violent and dangerous.

The Gifted remains just as smart as it is exciting in its second episode, and it’s continuing to shape up as one of the 2017/2018 season’s best new shows, even if you’re not already an X-Men fan. The busy storylines are somehow not collapsing under their own weight once again, even if Blink’s convenient fix felt like a side effect of, “rX” being a rather busy episode that had a lot of ground to cover. Despite how easily Blink’s condition was fixed though, the rest of this episode proved exciting, dramatic and often uncomfortable in all of the right ways. The Mutant Underground definitely isn’t out of the woods yet either, as Reed’s deal for his family is going to bring Sentinel Services to their doorstep in greater numbers next week. Between this and Caitlin’s growing connection with Eclipse, is the Strucker family going to end up being pulled apart by the extraordinary circumstances of their children?

The Gifted 1.2: "rX" Review
The Gifted continues to excel in both thrills and drama this week, as Blink strains her powers and puts the whole Mutant Underground at risk.
THE GOOD STUFF
THE NOT-SO-GOOD STUFF
2017-10-11
86%Overall Score
Reader Rating: (0 Votes)
0%