Inhumans continues to crawl towards gradual improvements, but by this series’ halfway mark, the climb is still too slow. “Make Way for… Medusa” focused heavily on integrating the Inhuman Royal Family into the ways of humanity, or at least most of them, and that made for a fairly serviceable episode, if still merely an acceptable one. The only Inhuman getting the shaft this week is Black Bolt, disappointingly, as he merely bookends the episode, while spending the majority of events languishing off-screen in Declan’s Inhuman research center.

As the episode’s title suggests, Medusa factors quite heavily into events this week, forcibly teaming up with Louise in an effort to find Black Bolt’s location. Banishing Black Bolt to becoming a mere plot device in this episode is pretty disappointing, but the interactions between Medusa and Louise did have some decent moments of entertainment. The dramatic elements to Louise’s character are currently floundering, mind you, since the revelation that she carries her father’s ashes with her, and wants to take them to the moon like her father could never do while he was alive, don’t really land with any weight. At least Louise is fairly amusing as a character though, even if she definitely comes off as a second-rate Felicity Smoak knock-off that was cribbed from DC’s rival CW series, Arrow. Hell, Louise even looks almost exactly like Felicity to boot!

Another element to Louise’s character that does actually work reasonably well however is her being a mousy, overly safe and conservative character that inevitably clashes with Medusa’s stubborn, oblivious determination. Seeing the two go on the run from the police, even if this is caused by Medusa’s drive to find Black Bolt predictably veering into sheer stupidity, was fairly satisfying, especially as we see Louise and Medusa gradually warm up to each other, despite having opposing personalities. Louise still isn’t quite coming off as indispensable to Medusa finding Black Bolt, but she is at least helpful, and does provide a convenient way for Medusa to keep staying on her toes, even when Medusa obviously should have been thrown in prison by now.

While the core events with Medusa and Louise are going on, we naturally also get several subplots revolving around the rest of the Inhuman Royal Family. Naturally, Maximus is continuing to increase his claim on Attilan, this time by trying to coerce the Genetic Council to allow him to go through Terrigenesis again. The twist of Declan inadvertently working for Maximus is fairly surprising too, and does actually provide a reasonable excuse for Maximus to keep Black Bolt alive for now (even if this is fumbled later), but it still begs the question of how Maximus got in contact with Declan in the first place. Still, Maximus exiling the Genetic Council when he doesn’t get his way (if they’re on the moon, isn’t it a lot simpler to just execute them?), yet keeping his one convenient Genetic Council buddy to prevent social order from completely collapsing, helped to nicely inch the drama forward at Attilan, even if I have to wonder whether Attilan’s citizens would truly be alright with Maximus basically killing the majority of their government over a tantrum. 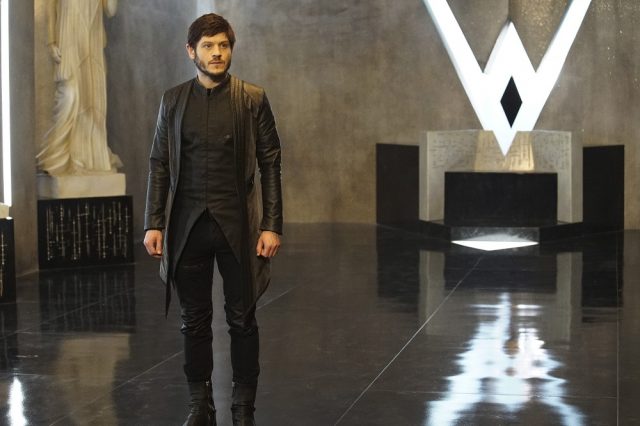 Sadly, Karnak’s subplot at the pot farm still isn’t working very well either. It improved a little bit this week, as we see the female pot farmer, Jen start acclimating Karnak to working on the farm and living on Earth. Some of these scenes are entertaining, though the hasty romance that’s now developing between Jen and Karnak feels very sudden. I don’t know if Karnak is just a straight-up mack daddy, since it seems like a lot of women fall for him for no reason, but it seems weird that Jen would so quickly fall for the random weirdo that stumbled into her growth op. I guess it’s established that she’s an impulsive character, and given Karnak’s hyper-calculated powers, the clash between personalities is probably once again the idea, as with Medusa and Louise. The romance doesn’t totally feel necessary though, and as it stands, Karnak still feels like he’s just taking up space in the episode, sadly.

Gorgon and Crystal also didn’t really accomplish a lot in this episode. Apparently, the guy that Gorgon was carrying away from combat with Auran did indeed die, and after some debate, this leads to Gorgon walking away from his other soldiers, and that’s all that happens in his storyline. As with the Karnak/Jen romance, Gorgon suddenly deciding that his battle buddies are, “Like family” feels rather sudden, since you’d think he’d want all the help he could get while wandering around foreign land, especially since he shouldn’t logically have that much of an attachment to regular humans yet. Crystal, meanwhile, accomplishes even less, with her subplot mostly serving as an excuse for her to buddy up to that handsome ATV driver, whose bitter ex-girlfriend happens to be a vet-in-training that fixes Lockjaw’s unspecified injuries… Somehow. Yeah, it really felt like the show wasn’t trying with Crystal this week, which is very annoying, since Crystal’s first moments on Earth turn out to be very uneventful in the end. 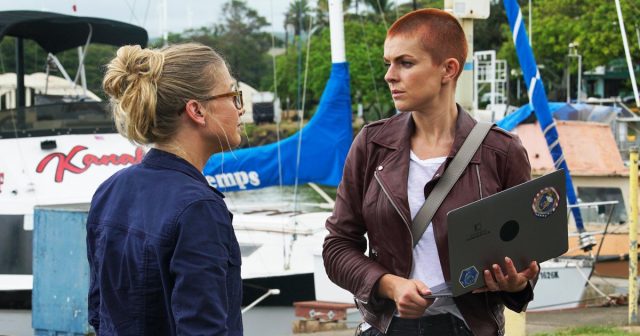 All of this comes together with Auran and her goon squad somehow finding Black Bolt and Sammy at Declan’s facility. I guess they just abruptly abandoned the pursuit of Gorgon? Auran bluffs about finding Medusa, which initially has Black Bolt ready to surrender, but, in a very convenient turn, Medusa speeds by in her car and hits Mordis before he can use his heat vision to presumably kill Black Bolt. Hey, dumbasses, didn’t you need Black Bolt alive?! Well, in any case, Black Bolt rigs a gas tank, which Mordis blows up, allowing everyone in Auran’s party to be conveniently incapacitated, and allowing Black Bolt and Medusa to escape together with Louise, while grabbing Locus for good measure, likely so they can find the rest of the Inhuman Royal Family. I guess the Royal Family is finally about to start coming together, now that we’re at this event series’ halfway mark. Hopefully this means that the show’s storyline gets more exciting over the next few weeks.

“Make Way for… Medusa” at least sets out with a good chunk of decent ideas, even if it still can’t make several storylines work. Inhumans continues to struggle with evenly balancing its ensemble cast, with Medusa and Louise clearly taking the fore this week, while most of the other characters once again sink into uninteresting subplots that too often feel like they’re wasting time. Maximus is at least keeping affairs on Attilan interesting, but the lack of real action or thrills also led to an episode that was amusing enough to not feel like a complete waste of time, but also felt like it was noticeably slowing down the pace of the series even further. Still, with Black Bolt and Medusa reunited, complete with possessing a reluctant new ally that can reliably track down the rest of their family, the pace of the series should hopefully pick up next week, even if we’ll likely never get a true sense of story balance from here.

Inhumans Episode 4: "Make Way for... Medusa" Review
Inhumans provided some amusing ways for the Royal Family to further interact with humanity this week, but the show still struggles to get full mileage out of its ensemble cast.
THE GOOD STUFF
THE NOT-SO-GOOD STUFF
2017-10-15
67%Overall Score
Reader Rating: (0 Votes)
0%