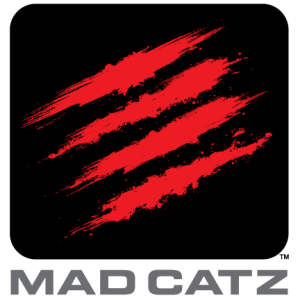 Longtime industry peripherals manufacturer Mad Catz all but bowed out of the market after selling its Joystick division Saitek to Logitech at the tail end of 2016 and being delisted from the New York Stock Exchange in March 2017.

Just over a year later, the company has resurfaced with a new website and a press release stating they’re unveiling a range of all-new products at CES 2018 this coming week.

“We couldn’t be more excited than to begin 2018 by announcing the return of Mad Catz to the global gaming arena,” said Selena Chang, Director of Sales and Operations for Mad Catz Global Limited.

Despite the term “all-new”, the company is expanding on its R.A.T mouse, S.T.R.I.K.E. keyboard, F.R.E.Q. headset, and G.L.I.D.E. gaming surface lines with new products in each category.

Arguably the most interesting is the R.A.T.AIR, a mouse that uses wireless charging to keep it powered, presumably reducing weight and improving glide, though how these fare won’t be determined until the product is released.

The company’s website is still in quite a bit of disarray, as the theme they’ve built it on still has a bunch of placeholder elements, product specifications are incomplete, and entire sentences are cut off or grammatically headache-inducing.

Let’s hope that this isn’t a sign for the future of the company. It would be great to see the Mad Catz brand out there and back at it, but their “focus first on quality” doesn’t translate to their website right now, and that’s more than a bit worrisome when trying to rebuild a brand.