Preacher’s more upbeat and perversely playful second season definitely ended with a major shocker, as Tulip ended up dying, after Jesse prevented Cassidy from turning her into a vampire. This kicked off a more dour and seemingly more dark third season for the series this week, as season premiere, “Angelville” set the stage for an adaptation of the Preacher comic book arc, “All in the Family”, which, true to its name, delves deep into Jesse’s twisted and uncomfortable family history.

As with the previous two seasons however, the story diverges considerably from the Preacher source comics here, and fortunately, the season appears to be getting off to a very strong start regardless. With a mercifully reduced ten-episode order, trimming some of the very evident fat from Season Two’s bloated story structure, Season Three of Preacher wastes no time properly expanding on the Angelville setting and its nasty new personalities, after they were teased in flashback several times, over the course of the previous season. Other personalities such as Eugene, Hitler, Herr Starr, Hoover and Featherstone, and the Grail in general are all absent in this season premiere, but this proved to be the right call, as Angelville really needed to capture attention right away, and thus deserved to dominate the episode. 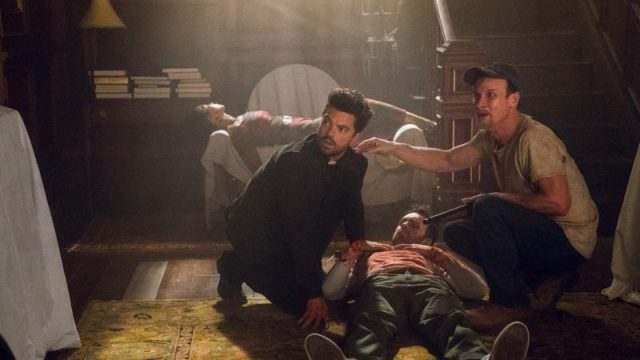 Things begin strong with a fantastic testament to the cruelty of Marie D’Angelle, Jesse’s black magic-practicing grandmother, in a gruesome flashback sequence, wherein Marie quite literally cuts Jesse’s mother’s stomach open to find evidence of the then-infant Jesse’s existence. Marie is played by Eight is Enough and Split actress, Betty Buckley, in probably her most uncomfortable and potentially most memorable role to date, but that’s not to say that she’s not right for the part. Buckley quickly provides a great mix of aggressively matronly authority and sadistic unpredictability, which has left me very much looking forward to seeing where this season’s story takes her. As I’ve repeatedly mentioned with characters like Herr Starr in my reviews for Preacher’s previous season especially, I doubt that we’re going to get a fully faithful and uncensored take on Marie’s character as she was in the Preacher comics, since there’s no way that AMC would be willing to display some of the more disturbing speech and imagery of the character from the printed panels, but even toned down for television, Marie is a nasty piece of work, in the best way.

The violent, monstrous presentation of Angelville is also captured pretty much perfectly in this season premiere. Animals and people are violently cut up, plenty of blood is spilt over a couple of choice fight scenes, and all the while, Tulip’s corpse is casually left to lie, treated as a bargaining chip for some sort of unknown deal between Jesse and his grandmother. Yes, as the Season Two finale previously teased, Jesse isn’t forcibly captured by his grandmother here, like he was in the comics, but is instead coming to Marie willingly, no doubt paying some sort of horrible price for Tulip’s revival in the process. With Jesse seemingly cut off from the powers of Genesis at this point to boot, this is the perfect time to really make the character vulnerable, and place him at the mercy of a villain with a much more personal connection to him than Herr Starr and the Grail. 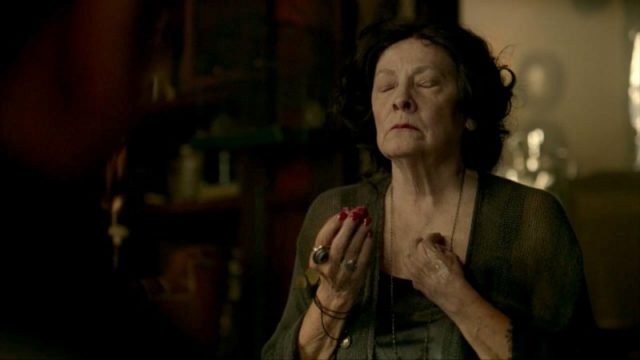 Speaking of Tulip, despite her being dead, Ruth Negga still manages to own a particularly great subplot in this season premiere, as Tulip is stuck in Purgatory, with time ticking away before her soul is whisked off to Heaven or Hell forever. Purgatory fits with the style of this series very well, as it’s shown to be a monochrome recreation of Tulip’s childhood living room, complete with the same demon-voiced ’employees’ of God’s operation that were seen managing Hell last season, wherein Tulip relives her final childhood moments with her criminal father and her prostitute mother. This was not only a brilliant way to still make Tulip a part of the episode, even in death, but was also a brilliant way to flesh out a key part of her backstory, in a way that a simple flashback or speech never could have conveyed so effectively. This Purgatory arc was fun and imaginative, with just the right touch of drama, and even if Tulip was predictably resurrected at the end of the episode, it’s clear that this revelation with Tulip’s family will no doubt tie in with this overall season’s apparent theme of negative family values, and finding strength from the cruelty of those we’re sometimes forced to endure through circumstance.

The core series trio is also seeing a pretty big divide, on the note of family units, as Jesse and Cassidy are at odds over how Tulip’s death was handled in the Season Two finale, complete with the two breaking into a full-blown fistfight right before they meet Marie and her goons. Cassidy was nonetheless disappointingly pushed into the background throughout much of this episode, despite being the clear MVP of Preacher’s previous season, but that’s really the worst thing you can say about this otherwise superb kick-off to Season Three. I suppose we also don’t get too much time with Marie’s thugs, Jody and T.C. yet either, two other recognizable and comparably cruel faces from the source comics, but their best story material is no doubt being saved for later. We did at least get a solid brawl between Jesse and Jody in one scene though, after Jody helps Jesse recover a key ingredient for Tulip’s resurrection, which is the closest we currently get to how much of an over-the-top bruiser that Jody was in the Preacher comics. 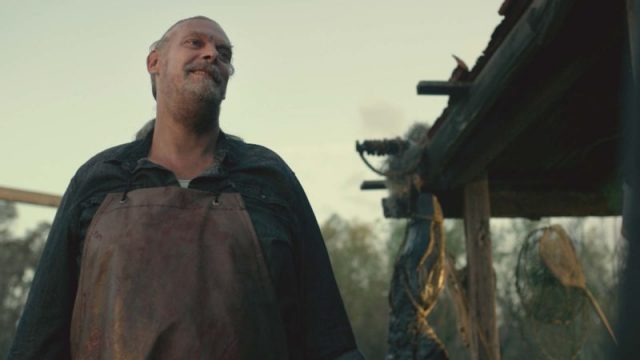 Preacher’s third season definitely seems to be shedding some of the blemishes that Season Two suffered last year, re-focusing the series with a darker and more harrowing new direction, as Jesse is forced to seek help from his cruel and twisted grandmother. Tulip may be alive and well again, but this will inevitably come at a great cost, which is just one of many promising developments that, “Angelville” teases throughout its duration. Even with the Grail and Eugene not showing up at all at this point, Preacher is offering viewers plenty to look forward to with the Marie/Angelville storyline alone. The fact that even more great threats from last season will soon find their way to Jesse once again just makes Preacher’s third season all the more exciting to look forward to, since the other evil that Jesse knows is still at large somewhere.