Better Call Saul is still taking its time with the pacing in this week’s episode, but this episode did manage to land with noticeably more weight than last week’s offering, that’s for sure! Now that the dust has settled from Chuck’s death, Jimmy is keeping his positive vibes going by seeking out gainful employment, while Gus and Nacho continue to drive the show’s criminal element, alongside Mike, who is still laying some very tantalizing groundwork for the future events of Breaking Bad. All told, “Breathe” once again had Better Call Saul pretty much firing on all cylinders, especially since the show can now start properly moving on from Chuck, as it was inevitably bound to eventually do.

Beyond the slow burn revelation that Jimmy is not at all fussed with the untimely passing of his brother last week, it didn’t feel like the show’s present-day events did much for his character, even if it was in service to that mystery. This week though, the show finally gave Jimmy something more memorable and interesting to do, as he goes for a job interview at a copier sales firm. This was actually a pretty smart callback to Jimmy’s origins in the mail room, and not only that, but it looks like Jimmy’s smooth talking gets him the job very quickly as well! Leave it to Jimmy to get in his own way though, as he quickly reconsiders right before leaving the office, and proceeds to chastise his would-be employers for hiring a silver-tongued stranger off the street. There’s often outside factors pushing Jimmy ever more towards his inevitable destiny as Breaking Bad’s Saul Goodman, but in this case, it seems like he’s started to do the pushing himself!

The big star of this week’s episode however was actually Kim, who is the one properly dealing with whatever fallout remains from Chuck’s demise. Kim appears at HHM on Jimmy’s behalf to deal with Chuck’s estate and whatever is left of the McGill brothers’ belongings, along with resolving some paperwork with Chuck’s ex-wife, Rebecca. After receiving a token scholarship board offer, a small chunk of money and a letter for Jimmy, with nothing else, Kim unloads on Howard in a standout dramatic scene, furiously ripping into him for not actually caring about Jimmy’s feelings, and merely wanting to ease his own guilt. This was not only brilliant because of Rhea Seehorn’s fantastic delivery, but also because it channeled both the very legitimate frustration that Kim could reasonably feel towards Howard, while also touching upon a sub-conscious frustration she no doubt feels toward Jimmy, who doesn’t seem to care at all that his brother is dead. Once again, Kim feels like the true moral victim of the show’s stakes, but seeing her finally stand up and express the true depths of her anger and helplessness was a very fulfilling and powerful moment here!

Naturally, there was also plenty going on with the criminal element of the show in this episode, especially with the Salamanca cartel continuing to work around the clock to make sure that Hector pulls through. Obviously, some of this would-be drama can’t quite land, since we know that Hector does manage to survive into the events of Breaking Bad, even if he’s in a mute, paralyzed state there. Still, we got a solid return for Marco and Leonel, who showed up just in time to surprise Nacho and Arturo, neither of whom expected Hector to be getting top-notch medical care. Again, if you’ve already seen Breaking Bad (and most Better Call Saul viewers likely have), you already know that there’s no chance of Hector dying. Still, this spells big trouble for Nacho, whose assassination plan was inevitably not going to work as intended. 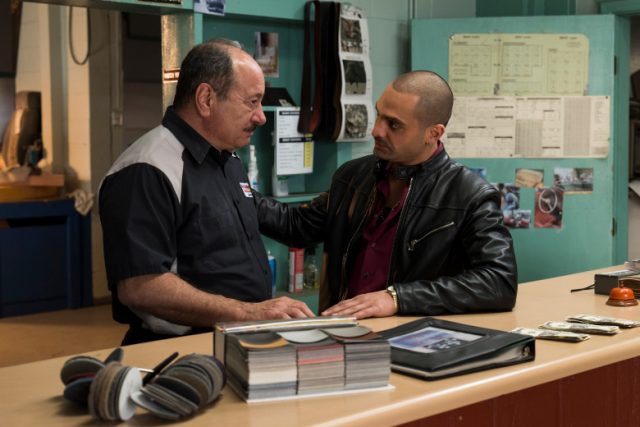 We also got a payoff with who has been keeping tabs on Nacho too. Despite the show seemingly directing suspicion at the Salamanca cartel, particularly through a smart red herring scene that had the Salamanca agents seemingly deliberately short-changing Nacho and Arturo on their drug pick-up, it soon after becomes apparent that the Salamanca thugs actually have no idea that Nacho is responsible for Hector’s stroke. In truth, my prediction from last week was correct; It was Gus himself who was spying on Nacho! Gus makes a brilliantly brutal show of force by hogtying and asphyxiating Arturo to death with a plastic bag (this was potentially a reference to a similar intimidation-based henchman murder that Gus carried out in front of Walt and Jesse during the events of Breaking Bad), before telling Nacho that he owns him, on account of being the only one (now) that knows the truth about Nacho poisoning Hector’s medication. Looks like blackmail was on Gus’s mind all along, and Nacho has once again found himself caught in the middle of a bigger fish’s agenda!

Finally, Mike met with Lydia about his actions during the season premiere, namely where he broke into Madrigal’s warehouse and later admitted to the employees that he did so. This was the only point of the episode that didn’t feel like it paid as many dividends, though this was also because it had to compete with so many other hugely exciting developments with Jimmy, Kim, Nacho and Gus. All the scene boils down to is Mike telling Lydia that he needs to look legitimate if his claim of being a security consultant is going to sell (which is probably accurate), and Lydia then calls Gus to complain, only to have Gus tell her to give Mike a badge. I’m not totally sure why Lydia seems to think that Mike acting the part is going to somehow blow her operation (and neither is Mike for that matter), but I suppose we had to do something with these characters this week, even though they might as well have sat out the episode. 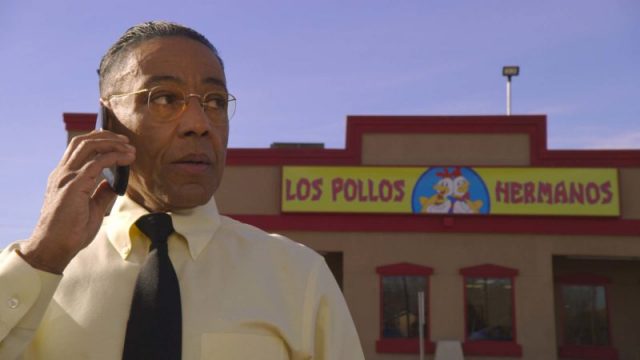 “Breathe” helped pick up the pace after a slower season premiere for Better Call Saul last week, and this episode seems to have once again restored the show to top form. Kim’s big blow-up at Howard was definitely a major highlight, as was Nacho once again finding his criminal enterprising not quite going as planned. Again, it seems doubtful that Nacho is going to live into the events of Breaking Bad, since he’s not present on that show at all, but it’s great to see Better Call Saul nonetheless find ways to keep his ultimate fate a mystery. Just when it seems like Nacho is getting somewhere, he still ends up under someone else’s thumb, and he seems just as doomed as Jimmy and Mike in that respect. The world doesn’t even seem to really be against Jimmy anymore since Chuck died, in fact. Without Chuck to project his misfortune onto, Jimmy seems all too determined to become the source of his own misery now. I have a feeling that he’s only going to dig himself deeper next week, and with Mike now getting more and more access to the resources of Madrigal, it’s probably high time that those two reunited as well!