The Walking Dead actually managed to tap on an interesting and refreshing new direction in its ninth season premiere this week, and that renewed sense of direction and purpose continued to come through in this week’s episode. “The Bridge” very aptly centered on one of the cornerstones of renewed trade between the colonies this week, physically symbolizing their newfound desire to come together and facilitate a better, more connected post-apocalyptic world. Obviously, it’s not quite that simple however, especially when discontent continues to brew among the reformed Saviors, while another mysterious threat seems to be picking off survivors from the shadows.

We still haven’t properly seen them yet, but the show is actually doing a great job of laying the groundwork for the eventual introduction of the villainous Whisperers. Seemingly miscellaneous reports about failed deliveries and people going missing are mentioned by the characters in passing, who are simply confused about what the holdup with trade is. Fans can obviously put together that the Whisperers are no doubt behind these disappearances, but for now, the Whisperers are unknown to the show’s characters. This slow burn with their introduction is actually kind of brilliant, and helps to make the Whisperers credibly dangerous beyond their obvious gimmick of wearing walker skins; Because they are a subtle disease that is gradually eating away at the survivors’ newfound peace, with everyone oblivious to what’s going on, until their new partnerships collapse under the stress of simple transgressions that all add up. By the time the Whisperers do make themselves known, it will be too late, and the protagonists of the show will be at a huge, freshly vulnerable disadvantage. 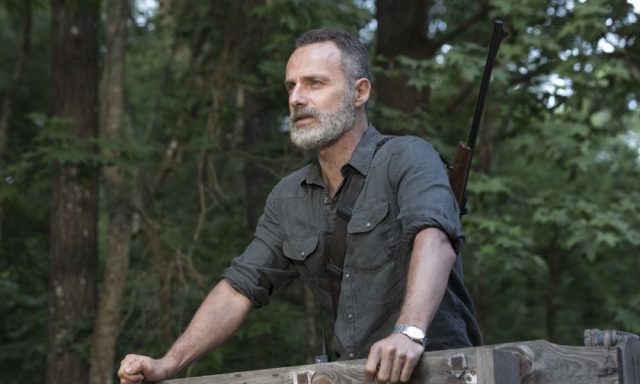 This was also effectively explored in the fallout at Hilltop, following Maggie’s controversial hanging of Gregory at the end of last week’s season premiere. Sure, Gregory certainly deserved it, but the Hilltop’s citizens don’t quite see Maggie in the same light anymore. This is further exacerbated by Maggie refusing to let Tammy see Earl, despite Maggie opting not to execute Earl, and instead imprison him. Michonne and Jesus both make their case to Maggie that common laws need to be established between Hilltop and the other communities, something that Maggie is initially hesitant about, but eventually agrees to. She also agrees to have Earl work under supervision, as the Hilltop’s much-valued blacksmith that is helping to provide supplies for Alexandria, and defers to a council to help her decide when to change that situation. It briefly looked like there may be some tension between Hilltop and Alexandria in the wake of Maggie’s actions, but it was nice to see Maggie come around in the end, admitting to Michonne that her late father was also a reformed alcoholic, and his being given a second chance led to a lot of lives getting better.

As much as the emphasis on positive community values continues to be placed on the show at this point, the question of law and order, and how peace is maintained now that it’s been won, was also nicely highlighted. The key catalyst here was one of the Saviors, Justin, who clearly isn’t interested in working with anyone else, and even hogs supplies to himself. This leads to a fist fight with Daryl that Rick needs to break up, and eventually, Justin even fails to trigger a herd alarm, which leads walkers to the construction site! The herd manages to be fought off without any fatalities (that’s certainly lucky), but Aaron ends up being injured in the process, and even gets his arm amputated! This is enough to make Rick kick Justin out of the construction effort, leading to Justin conveniently being grabbed by an unseen person in the final seconds of the episode, no doubt one of the Whisperers.

There are still a few noticeable elements of manufactured writing to further along the tension, but thankfully, it’s not too bad. Siddiq ditching the construction effort and leaving Enid in charge feels like a blatantly stupid move, and would obviously never fly in the real world. Enid does manage to keep Aaron stable and alive when his arm has to be amputated, but this does all feel a little calculated and ridiculous, especially when the walkers somehow manage not to take out anyone else, yet Aaron somehow ends up with a pinned arm on account of a falling log that really should have killed him instantly. This is compounded all the more when Rick uses the logs to take out a convenient line of walkers (don’t they still need those logs for the very tight construction timeline??), which is sort of cool on paper, but the way this scene is shot makes it look kind of absurd and unintentionally funny. I get that walkers aren’t supposed to be smart, but seeing a bunch of them line up like bowling pins just to get taken out in such an over-the-top manner feels like a stretch to say the least.

I’m also still not quite sure what the show is going for with the Carol/Ezekiel romance. Carol seems to be very guarded with Ezekiel’s proposal desires, which is partially understandable, given the fact that she once had an abusive husband and lost her daughter several years ago. Still, considering how Carol talks about Ezekiel to everybody else, how she appreciates his corniness and seems pretty thoroughly in love with him, it’s kind of head-scratching that she’s still practically pushing Ezekiel away in person. Carol even decides to put Ezekiel’s ring on at the end of the episode, which is a sweet moment, but somehow she refuses to call it a proposal, and prevents Ezekiel from telling anyone? Does she really not think that no one is going to notice that ring on her finger? I just don’t know what Carol is playing at, and at this point, it seems like even the show itself is a bit confused as to how to interpret Carol’s and Ezekiel’s relationship for now. 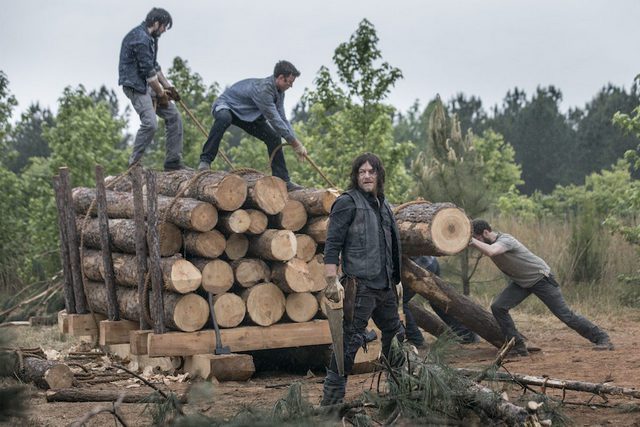 Regardless, “The Bridge” is continuing to keep The Walking Dead on a pretty solid path for its extensively re-tooled ninth season. I’m glad to see that the show is taking its time with developing new threats and new challenges for the survivors, and even now, the series is thankfully avoiding the temptation to dive headlong into the introduction of the Whisperers. Questions about matters like common laws are also bound to be a big focus over the season’s front half, especially with Alexandria and the Hilltop seemingly on the verge of being without leadership. There is a bit of a tease that Maggie at least won’t actually die when Lauren Cohan leaves the show however, and may simply leave to go do missionary work with the record-collecting nun that gave her supplies beforehand, leaving the door open for Maggie to potentially return one day.

Perhaps that’s ideal, and perhaps this is also a good way to handle Rick exiting the show soon. It would be easy to have Negan just kill Rick and re-assume control of everyone, but it doesn’t seem like things are going to go that way, despite a framing device in this episode wherein Rick tells Negan about the bridge construction from Negan’s prison cell in Alexandria, and Negan claims that Rick is just getting the new world ready for his return. As much as it seems inevitable that Negan will eventually escape confinement though, I’m still digging a more positive and more diplomatic take on The Walking Dead at this point, especially when the show has too often suffered from having no real end goal for its heroes beyond simple survival.

The Walking Dead 9.2: "The Bridge" Review
The Walking Dead continues its effective focus on diplomacy this week, with an eventful bridge construction effort that doesn't quite go as planned.
THE GOOD STUFF
THE NOT-SO-GOOD STUFF
2018-10-16
80%Overall Score
Reader Rating: (0 Votes)
0%