Supergirl observed its Thanksgiving episode this week, but as is becoming common with the show during this November season, there’s not much to celebrate with trouble yet again stirring! “Call to Action” placed Agent Liberty’s underlings at the center of attention this week, as they make their first serious combined strike against the alien citizens of National City. With Mercy and Otis now being dead, Lockwood’s agenda is taking on the form of a genuine uprising, and Alex is quickly running into red tape at the DEO in her efforts to stop it, when Haley fails to see the Children of Liberty as a priority that should merit the DEO’s attention.

There were some really good story turns on Supergirl this week, but they were sometimes buried under a few far less effective plot elements. The idea behind having the Children of Liberty become more active, presenting a problem that will only get worse with more open aggression from Supergirl or any other alien figure, was definitely the strong point of this episode, and one that nicely echoes more than a few less savoury moments from throughout American history. Whenever the episode kept its focus here, it often did just fine. The struggles came in when focus instead had to shift toward setting up transparent story turns for later, especially where Lena and her work with Eve Teschmacher is concerned. 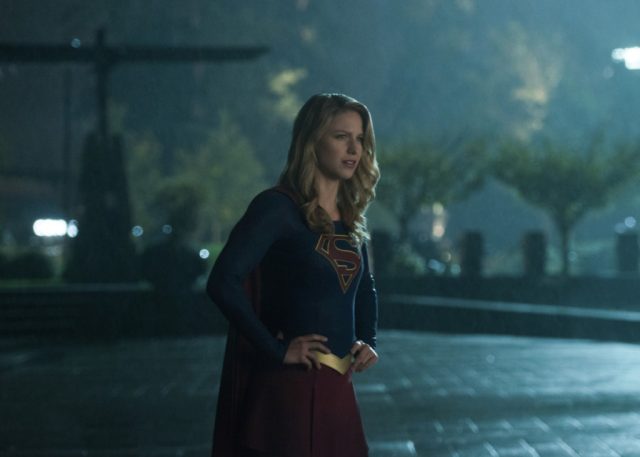 You see, Lena is experimenting with the Harun-El, apparently using it in hopes of curing cancer. I’m not sure how she came to the conclusion that a magic Kryptonian-duplicating alien rock could do this, but whatever. The important point is that Lena is failing to make any serious headway during experiments that have her trying to shrink heart tumours (where exactly is she getting this seemingly limitless supply of tumour-infested human hearts anyway??), but soon after comes up with an accidental result of making one of the hearts impervious to the incinerator. Believing that she has instead discovered the key to artificially creating ‘super-humans’, Lena starts proposing the idea of giving humans alien-equivalent superpowers during a Thanksgiving discussion about the ongoing issues with anti-alien sentiment and the Children of Liberty. This was actually not a bad way to pitch this idea for her character, since Lena bluntly confiding in the other characters that she was planning to create her own metahumans probably would have been a lot less satisfying.

Unfortunately, Lena still found a way to really drag down the episode, despite the promising tease for her future weird science efforts. Despite the promising idea of Lena beginning to dab in artificial metahuman genetics with Eve, Lena still spent most of the episode chastising James for simply doing his job and providing impartial interviews with the Children of Liberty, rather than immediately denouncing them. Why exactly does Lena think that it’s a good look for CatCo to completely take sides in a nationwide debate, and do the exact opposite of what a credible journalist is supposed to do?! James actually served as a great voice of reason in this episode in fact, trying to do his best to hear all sides of the arguments for and against aliens, while also nicely leveraging his popularity with the Children of Liberty as Guardian to try and help cool their heads a bit. James is actually being smart here, while Lena is just uncharacteristically acting like a bleeding heart moron with the alien issue, again! Not only was Lena’s open contempt of James actually doing his job properly extremely irritating on its own, but it also led into a transparent excuse to start creating artificial tension in her relationship with James, after she impulsively blurts out that she was the one who got the charges against Guardian dropped. Lena’s character really needs to be reigned in, especially since she’s just getting in the way of James’ storylines improving significantly during this season so far. I frankly wouldn’t mind if Lena just got lost in her experiments and left everyone else alone over the next several weeks, at the rate she’s going! 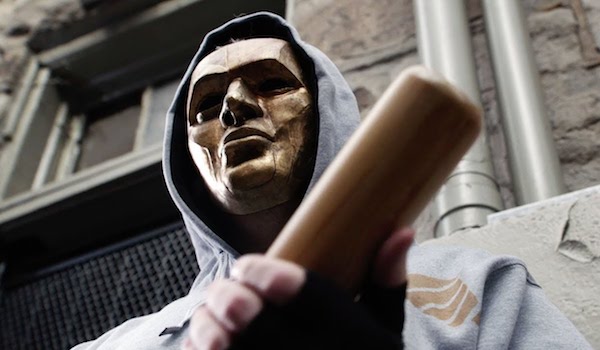 Fortunately, the episode still tried its best to view the alien debate impartially, and present a variety of warring perspectives that didn’t simply land on a right answer. Not did James really excel this week, but Kara also got a chance to do more than just knock around some Children of Liberty as Supergirl. The episode didn’t spend nearly enough time on Kara’s civilian subplot, which was a bummer, but Kara ending up on a televised debate with Ben Lockwood, sans Agent Liberty disguise, was a very interesting way to pit the core hero and villain of the show directly against each other in an unexpected setting. Kara genuinely struggles at the debate too, which leads to Lockwood getting picked up for his very own televised series! Again, it would have been nice if this story arc didn’t feel tossed into another busy set of conflicts this week, but the show continues to do well with Lockwood’s complex character, making him more than just another physical threat for Supergirl, as well as one that can match even the incredible influence of CatCo, beat-for-beat!

There was still a decent helping of action this week however, even if some action scenes worked better than others. The intro section of Kara helping Manchester Black subdue some Children of Liberty goons was great, but Kara then having to fight a random alien ‘dragon’ in the climax felt weird and out-of-nowhere, especially when it was constantly bogged down by this show’s low CGI budget. Manchester Black continues to be a solid new character though, becoming gradually more consumed by his own desire to exact brutal vengeance after he lures in and guns down several members of the Children of Liberty, before executing another one of Agent Liberty’s followers that he’d captured and tortured for information. Black is quickly becoming a strong wild card among the show’s cast, not really being an evil presence, but still proudly embracing the mantle of a grief-stricken vigilante who has nothing to truly lose. This balances out the more even-handed James/Guardian very nicely, with Black being a force for alien defense, but one that now comes at the expense of human lives, something that may just end up making the human/alien conflict even worse in the long run.

There was some posturing from Colonel Haley as well, but it didn’t really end up going anywhere. Haley instead just provokes Alex when Alex aims to devote DEO resources to the Children of Liberty against orders, Haley lets Alex’s insubordination happen, then Alex’s instincts are right, and Haley makes another empty threat about Alex not following orders. Whoop dee doo. I will still say that Haley is another good character addition for Supergirl so far, being by-the-book, but ultimately reasonable, and despite her inability to truly punish Alex, she is still working as a pretty strong foil to Alex’s character. Overall, “Call to Action” was very similar to this continued Alex/Haley tension, being mostly rooted in good inspiration, even if a few transparent conflicts didn’t end up working that well in their execution. Lena was the big weak link this week, acting like a bleeding heart simpleton that didn’t get the memo about Supergirl’s attempts at a more multi-perspective conflict this season. Fortunately, the much better storylines for James, Manchester Black and Agent Liberty most notably really helped to pick up the slack there. It feels like the show should be focusing a bit more on things like Lena’s experiments and Lockwood’s growing media presence, but now that the Children of Liberty’s first big uprising has been quelled, hopefully they’ll cool off for a bit, so we can start better developing some of these more promising story conflicts for later in the season.