NOTE: Full spoilers for this episode of, “The Gifted”, including a potential major character death, are present in this review

There was more heavy drama in store for this week’s episode of The Gifted, with action once again taking a back seat. “hoMe” sometimes felt a little sluggishly paced, especially in the early stretches, but the ultimate payoff to events is pretty promising, as the Mutant Underground sees their latest major setback, even as they once again try to involve the Morlocks in the coming battle against the Inner Circle. While that’s going on, Caitlin and Lauren take a field trip to meet up with an old ally as well, which gives Lauren a handy chance to start displaying her improved powers to her mother when things inevitably go sideways.

We don’t actually see Reeva on The Gifted this week, but the shadow of her growing ambition is still felt all over the Inner Circle in this episode, particularly as the Frost Sisters start very unambiguously urging Andy to convince Lauren to join the Inner Circle. Andy’s and Lauren’s shared dreams are becoming more vivid, and the two are even beginning to sustain injuries that carry over into their bodies when they wake up, which is how the Frost Sisters discover that Andy has been hiding his psychic dream connection to Lauren in the first place. The metaphor behind Fenris is starting to get laid pretty thick now, and I imagine that it’s inevitably going to tie into the ‘light’ (the Mutant Underground) and the ‘darkness’ (the Inner Circle) having to learn to come together to stop the real threat of this season, which, in all likelihood, is probably the Purifiers. 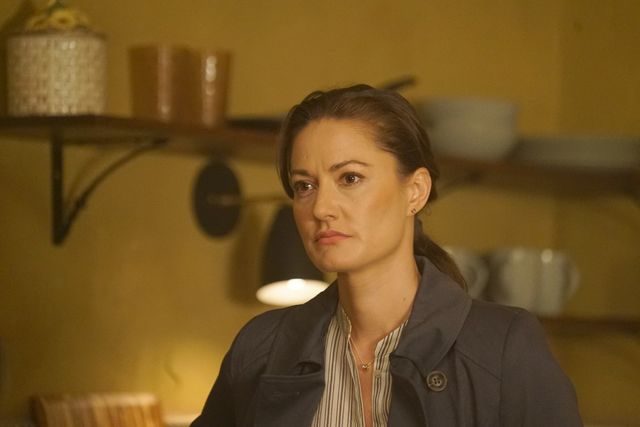 We don’t really get any answers about what was up with that secret meeting between Reeva and Benedict Ryan this week, but the Lauren/Caitlin subplot, wherein they try to tip off Homeland Security through Caitlin’s brother, Danny, grants them one piece of very valuable intel; Ryan is allegedly secretly running the Purifiers himself! This leads me to wonder if Ryan has actually been Marvel Comics’ Purifiers leader and recurring X-Men nemesis, Matthew Risman all along, and that, “Benedict Ryan” is simply a ‘stage name’ that he uses for his media platform. This would certainly explain why the show bothered to tease Matthew Risman at all during that ill-fated trip to Charlotte State University, especially when it could have very easily just made Madeline Risman into an entirely original character, and scrapped that connection with no big loss.

Even being outside of the main conflict with the Mutant Underground this week, there was some really standout drama shared between all of the Strucker family members in this episode, even if it was Lauren and Caitlin that definitely got the most interesting story arc. Despite Lauren getting a small chance to slice up some police cars and Sentinel Services APC’s however, it was the small character moments between Lauren and Caitlin that really felt most satisfying this week. The Strucker mother and daughter combo managed to put aside their former hostility again, bonding over Caitlin’s surprisingly mischievous past during their trip, and that really gave this episode a strong sense of emotion. With the Inner Circle targeting Lauren, and Reed once again hiding complications with his burgeoning mutant powers (they’re somehow reacting badly to Andreas Von Strucker’s music box), it was nice to see Lauren and Caitlin continue repairing their frequently strained relationship, which is bound to be put to the test again soon, namely when Caitlin inevitably and quickly returns to thinking that she’ll have another foolproof way to get her son back.

The episode’s core conflict with the Mutant Underground, meanwhile, involves Evangeline paying a visit to the main surviving Mutant Underground squad in Washington, and agreeing to rally the other remaining leaders to try and formulate a plan against the Inner Circle, now that Reeva’s apparent terror plot, along with her connection to Benedict Ryan, has come out. While Marcos, John and Clarice try to recruit Erg and the Morlocks for the Mutant Underground summit however, Lorna gets some accidental intel from Reeva’s new goons, suggesting that they’re about to kill Evangeline! The Mutant Underground agents are too late to thwart the attack to boot, as they come to the site of the meeting, only to find it in flames, while the police carry out bodies. John senses that no one is left alive, and it seems evident that all of the Mutant Underground’s other remaining leaders were killed, including Evangeline. I really hope that Evangeline somehow survived this attack (she has dragon-like mutant abilities, so you never know!), because it’s bad enough that this critical strike by the Inner Circle happened off screen. Is the show’s budget becoming strained or something? Either way, if Evangeline went down like this, then she went down like a chump, sadly standing as the latest example of why the rapidly-deteriorating Mutant Underground just seems in over its head by this point.

Fortunately, the episode’s drama was also effectively bolstered by some very shocking revelations regarding the backstories of both Clarice and Erg, which ended up coming together nicely at the end of the episode. A cold open shows Clarice’s initial escape from the abusive foster home that she mentioned earlier, where she was unable to save her foster sister from running back to save the other kids, only to be killed by the abusive stepfather. Erg, meanwhile, reveals that he’s actually one of the founders of the Mutant Underground, alongside Evangeline, and that he in turn became the leader of the Morlocks after a disagreement with Evangeline, following a betrayal by an unnamed human ally during an effort to smuggle mutants through underground tunnels, which nicely explains how the Mutant Underground got its name, and why the Morlocks chose to live in the sewers. After the destruction wrought by Reeva’s new terrorists, John and Marcos have to resign themselves to being unable to convince Erg to fight as well. Not only that, but John’s stubborn valor finally motivates Clarice to make her choice, and choose the Morlocks. Clarice breaking up with John and retreating into the sewers at this moment was a very well-executed twist, as well as a very sad one, even if it seemed like Erg was inevitably going to win that argument eventually. Still, one potential upside to the situation is that the Morlocks may now have a greater stake in the war on the surface, now that Clarice can more directly and consistently bend Erg’s ear whenever the Mutant Underground needs help, and I imagine that will be as soon as next week. 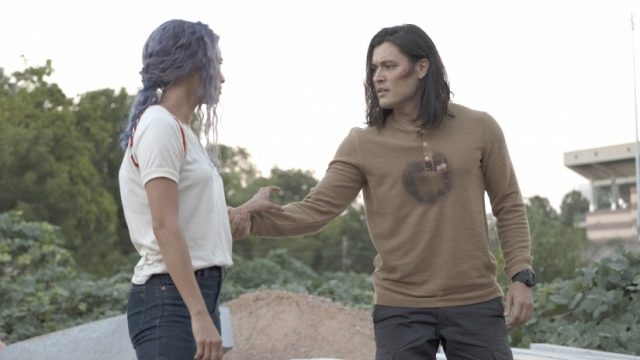 There may have been a few slow spots to get through in the beginning, but the final payoffs in, “hoMe” were well worth the wait, even if it means more heavy, seemingly irreversible losses for the Mutant Underground. Despite The Gifted’s ‘Mutant Age’ continuing to remain very one-sided however, the drama remained pretty strong this week, between the Mutant Underground, Lorna and Andy, the Strucker family, and Clarice and Erg. This episode did sometimes skim the feeling of being a filler episode, with the show taking one last breather before it starts really kicking up the stakes for the season’s climax in a few weeks, but as I said, the character-focused moments for Lauren, Caitlin, Clarice and Erg in particular were very well-executed. The mutant prisoners running loose in the U.S. is still virtually a non-issue at this point (why is it taking the show so long to really cause real, visible chaos with that?), but it’s very clear that Reeva is up to no good, and if Benedict Ryan really is in her pocket, then the Purifiers and the Inner Circle may not truly be enemies. If that’s true, then where could that possibly leave the Mutant Underground’s chances, especially when there’s barely anything left of it now?

The Gifted 2.12: "hoMe" Review
The Gifted slowed down for a mostly effective focus on character drama this week, as the Inner Circle starts working to recruit Lauren, while Evangeline makes an ultimately futile effort to rally the remnants of the Mutant Underground's leadership.
THE GOOD STUFF
THE NOT-SO-GOOD STUFF
2019-01-17
83%Overall Score
Reader Rating: (0 Votes)
0%