There’s a lot to unpack after the previous slowed, but impactful episode that Black Lightning had to offer. With Khalil now dead, and Tobias having forged an alliance with Dr. Jace, the drama remained strong in this week’s episode of Black Lightning as well, namely as the Pierce family starts dealing with the grief over Khalil’s loss in their own ways. Meanwhile, a new threat makes its way to Freeland, as, “The Book of Secrets: Chapter Two: Just and Unjust” begins by kicking the thrills up a notch, having Lynn and Anissa be attacked by mysterious assailants in a grocery store parking lot!

This was not only a strong way to begin the episode, but also a shock that provided a duo of revelations regarding where the show is heading next. To start, Lynn and Anissa are only barely saved by ASA boss, Odell, though this allows Lynn to put together that the ASA has been following her, tracking her every move, and possibly that of her family. This appears to be related to the ASA suspecting that Lynn has a strong link to Freeland’s resident metahuman superheroes, and also happens to coincide with Odell releasing Dr. Jace, just in time for her to fall back into Tobias’ plans. Odell is certainly coming off as shady, but it doesn’t seem like we have hard proof that he’s a threat at this point. Then again, I imagine that this may change at any minute. 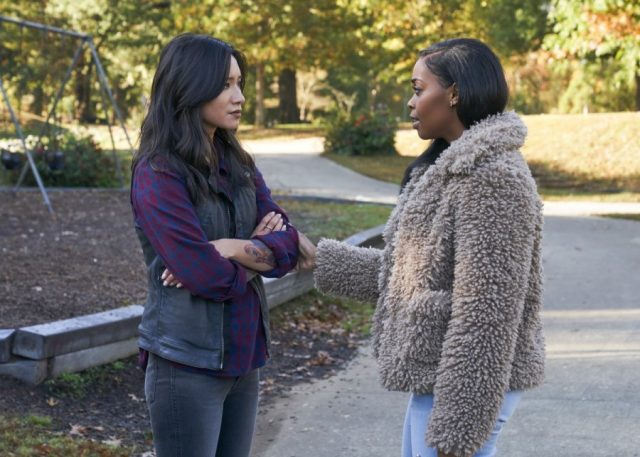 As you can imagine, Jennifer continued to be a big focus in this episode, though thankfully, the show decided to do more with her beyond just having her keep mourning Khalil. As of this episode, Jennifer is finally allowed to re-attend school properly at Garfield High, conveniently allowing the ever-disagreeable Principal Lowry to return to the show’s cast. Lowry quickly becomes a thorn in the side of more than one Pierce this week as well, when he decides to quickly and hastily scrap the school memorial built for Khalil, and Jennifer protests by building her own. Jennifer verbally attacks Lowry on the basis of being a racist when he refuses to bend on discarding Khalil’s memorial so quickly, and the situation escalates when he and Jefferson later get into an argument about racial profiling and privilege between black people and white people. The revelation that Lowry is actually the product of a drug-addicted family, and slept on the streets for most of his youth, is pretty interesting and unexpected, but the episode didn’t properly develop this debate. Instead, it just felt thrown in to fill some space, ultimately coming second to every other ongoing story arc.

Surprisingly, as much as Jennifer continues to rightfully be a big focus on Black Lightning this week, Anissa also got a pretty sizable story arc in this episode, helping to make up for her being almost entirely in the background during the previous week. Anissa once again gets into trouble as her other vigilante identity in this episode, which has apparently been code-named, “Blackbird” on the streets of Freeland, specifically when she targets a corrupt cop in league with The 100, who is abusing a woman seeking medical care at the clinic. Anissa roughs up the gangster, but is almost beaten into submission, until she’s forced to use her Thunder powers to escape, thankfully also grabbing some money to pay for Khalil’s funeral along the way. At the same time, Anissa and Grace are yet again attempting to start a relationship, and Grace once again becomes sketchy and flees, seemingly ditching her entire apartment by the end of the episode! Frankly, I think the show has spent enough time playing with the dramatic irony of Anissa and Grace both being oblivious to the other being a metahuman, and it’s just gotten old now. Grace really just needs to tell Anissa what’s going on and be done with it, especially when it’s obvious that she’s supposed to be Anissa’s main love interest throughout the series, if we go by the two being frequent lovers in DC Comics lore as well. 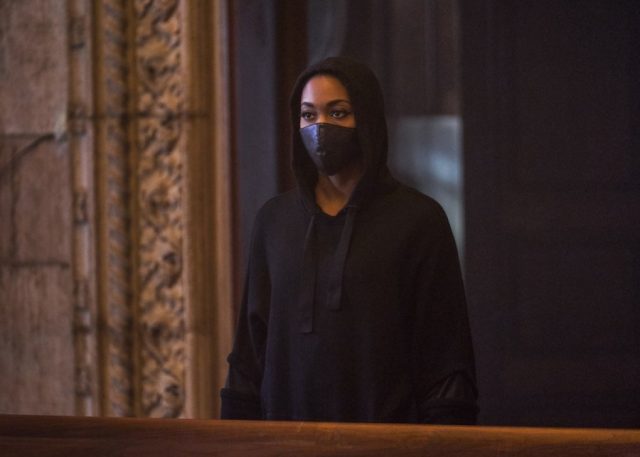 Something that served as a truly unexpected twist however is the sudden introduction of Markovian covert agents in Freeland, who happened to be the ones that targeted Lynn and Anissa at the start of the episode. Markovia is a fictional country in the DC Universe that has been mentioned many times across all of The CW’s current DC dramas, and it appears to exist in the standalone Black Lightning universe as well, complete with its own metahuman program that was kickstarted by Dr. Jace. The introduction of Markovia was extensively foreshadowed during newscasts, particularly while Gambi was in hiding, and it appears that they want Lynn for some reason related to their own metahuman dealings. The Markovia drama doesn’t really go anywhere interesting yet, especially when Henderson is unable to arrest their agents on account of diplomatic immunity, but the fact that Black Lightning is finally expanding its metahuman focus beyond the confines of Freeland has some promise, even if this may make or break future crossover potential with The CW’s other current DC shows, all of whom have their own version of Markovia in some form.

Markovia is just the latest threat to be headed toward the Pierce family as well. Tobias is still very much a problem, especially with Dr. Jace on his side now, along with the recently discovered MOD metahuman pods being at his disposal. The fact that Jennifer is finally fully determined to become a superhero should at least help the situation though, after attending a proper funeral for Khalil completes her motivation to become Lightning. As I suspected, Jennifer makes a solemn promise before Khalil’s casket to put Tobias in the ground for what he’s done to her first love, and this is sure to make her one deadly and unstable fledgling superhero in the near future! Odell keeping a close eye on Jennifer as she makes this promise also continues to poke at the probability that Odell, and possibly more people at the ASA, are fully aware that the Pierce family is full of metahumans. As powerful as Jennifer is, she no doubt can’t take on the combined might of Tobias Whale and the ASA, but something tells me that she doesn’t quite care about that detail at this point.

“The Book of Secrets: Chapter Two: Just and Unjust” still feels a little bit scattered and disjointed, especially when several of its ongoing story arcs are either spinning their wheels or going nowhere, but the continued drama over Khalil’s death is still sharp, as is the heightened rage and conviction that Jennifer is now feeling after his loss. The introduction of Markovian agents doesn’t have much of a payoff yet, but it does suggest that the scale of the show is about to dramatically increase, as does the idea of Tobias having his own metahuman army, with some help from Dr. Jace. It was also nice to see Anissa get a chance to inject some more action back into the show this week, even if her ongoing metahuman drama with Grace is thoroughly played out, and really needs to be resolved now. Regardless, all of the factions working against the Pierce family are only becoming stronger and more dangerous, so there’s probably never been a better time to fully unleash Jennifer, especially now that she’s going to have no problem taking the kid gloves off!