The Gifted’s Season Two climax appears to be going quite well, if the past couple of weeks are any indication, and the momentum just keeps building in this week’s episode. The drama-packed, “Monsters” took one last look at the emotional and psychological toll that the season’s events have taken on many of the lead characters, with Turner trying to reconcile his massacre of the Morlocks last week, Reed and Andy both facing the sum of their violent choices, Caitlin and Lauren weighing the increasing ruthlessness that their family has begun to face, Lorna finally resolving to leave the Inner Circle once and for all, and of course, John mourning the loss of Clarice.

There’s obviously a lot to unpack in this penultimate episode for The Gifted’s sophomore season, but the fresh loss of Clarice is the most immediate wound, with John facing down Erg in the alley where Clarice was shot, and becoming consumed by rage and desperation. Erg gets away with several of the other Morlocks after a hit from John (surprisingly, this is the last we see of him during this episode), and Marcos soon after tries to convince John to stop trying to pound through the walls, and run away. The police and the Purifiers are very close, since not all of them diverted after Caitlin and Lauren, obviously, and Reed even happens to run afoul of Ted at the same time! Reed almost talks his way out of the situation, but after his powers accidentally flare up, Ted nearly shoots him, before Reed’s out-of-control powers disintegrate Ted’s gun, and then Ted himself! 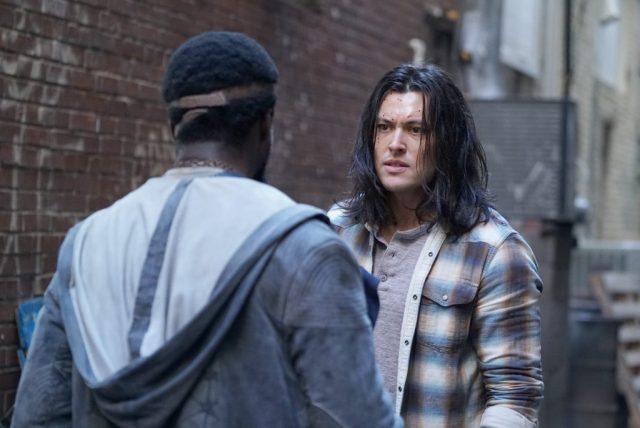 While Caitlin seems to have no issue utilizing increasingly violent and aggressive methods of protecting her family, no matter the cost, Reed having to disintegrate Ted marks the first time that Reed has ever killed anyone, putting him face-to-face with the dark legacy of his Von Strucker ancestors. Reed is nicely tormented by his lethal decision throughout the episode, and the ultimate payoff to Ted’s death was really great here. When Lorna finally starts convincing Andy to consider leaving the Inner Circle, after telling him about Reeva’s secret alliance with Benedict Ryan, Reed tells Andy over the phone that he killed a Purifier that very day. Since Andy believes that he’s a monster, and he can’t go back to face his family, Reed opening up about having to kill Ted was the perfect way to finally get through to Andy, and finally bring him home.

At long last, just in time for next week’s season finale, what remains of the separated Mutant Underground has now been reformed. Andy and Lorna both finally come home after deciding that Reeva can’t be trusted, and the heartfelt reunion between Andy and the rest of the Strucker family, as well as Marcos and Lorna, is particularly emotional and heartwarming. It’s been a hell of a journey, but it’s wonderful to see these characters finally back together, and not a moment too soon! With both Reeva and Ryan completing the final stages of their plans, it’s going to take every one of the Mutant Underground’s modest remaining resources to stand any chance at preserving American society, for better or for worse. Seeing everyone at the Mutant Underground no longer fractured, and standing together again, marked the perfect way to cap off this episode, especially when the final seconds show Reeva deciding to kill Andy and Lorna for their betrayal, remarking that their inclusion in her plans was merely symbolic anyway. 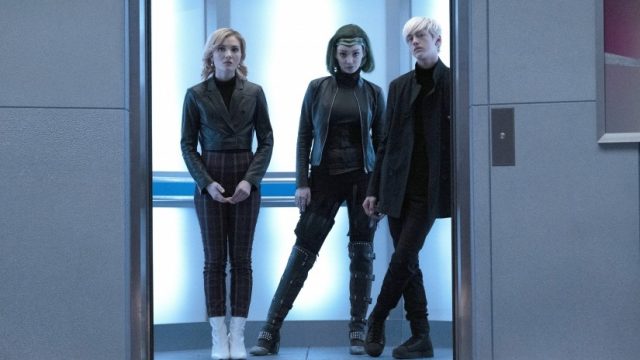 Andy and Lorna suddenly seeming optional in Reeva’s plans is certainly interesting, since she previously talked as if Andy in particular was crucial to make her efforts for a mutant homeland work at all. Nonetheless, there was a great amount of thrilling tension throughout this week’s episode, as we see Reeva tease the final stages of her plans, bringing the Inner Circle into the sewers where the Morlocks once lived, and revealing one of the first steps in her plan to cripple the American government; Destroying Sentinel Services Headquarters in Washington. I’m curious as to how she’s going to do that if Andy was the one that was supposed to carry out that mission, and Andy just left, but I suppose we’ll see next week. Even merely having the Frost Sisters and two-thirds of her terrorist crew at this point still makes Reeva incredibly dangerous, not to mention desperate. Something tells me that having her plans threatened is only going to make her more messy and more destructive, so I hardly think that the country is safe, even with Andy and Lorna officially back with the Mutant Underground!

Shortly before this dramatic return by Lorna and Andy, Caitlin and Lauren have to hide out in an abandoned building, whilst being cornered by police. This was another nicely thrilling scenario, since Lauren is still de-powered from the serum, and Caitlin only has a few bullets left in her gun. Reed being the one to ultimately bail them out with his powers, with some help from Marcos and his light absorption ability, was a pretty satisfying way to resolve this situation too, even if it means we didn’t end up getting a big police fight, minus Lauren putting up a shield to bounce back a tear gas grenade, which was a pretty cool highlight moment! Admittedly though, Lauren getting her powers back right when things seem most dire, and Reed’s powers suddenly kicking in right at the last possible second, does smack a little of dramatic convenience. Still, I can’t deny that the thrills really stayed strong throughout this sequence, and the outcome may not have necessarily been so predictable, since there was truly no guarantee that Lauren and Caitlin were going to make it out of the mess they’d made for themselves! 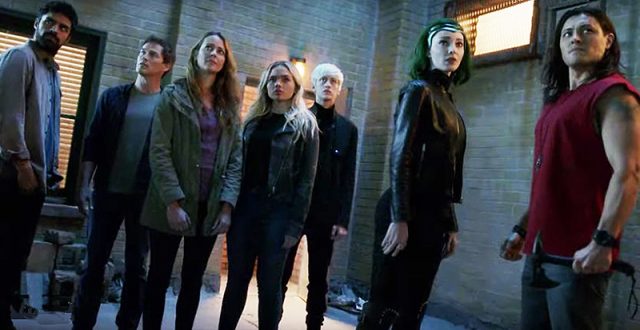 The other remaining development of note this week is Turner spending some time examining just who he went after in the sewers during the previous episode, initially confronting Ryan about his deception regarding the true nature of the Morlocks, before he learns that Ted was killed by an unknown mutant. The episode leaving Turner’s story arc hanging on this revelation was pretty great, since it’s anyone’s guess where he’ll stand during next week’s season finale, and that should keep fans buzzing very effectively! The Gifted has really been crushing it over the past couple of weeks, and it feels like everyone’s character arc is coming together fantastically at this point! Lorna and Andy rejoining the Mutant Underground may just give them a fighting chance against the Purifiers and the Inner Circle now, even if Turner being a wild card could obviously make or break Reeva’s attack in the season finale next week. There’s a ton to resolve during this season’s one remaining episode, but I have every bit of faith that this increasingly impressive sophomore season can stick the landing!

The Gifted 2.15: "Monsters" Review
The Gifted continues to fire on all cylinders with Season Two's penultimate episode this week, as the Inner Circle prepares to launch their final decisive strike.
THE GOOD STUFF
THE NOT-SO-GOOD STUFF
2019-02-20
92%Overall Score
Reader Rating: (0 Votes)
0%