Everything’s coming up Alfred lately, despite the dirty business with the Raven Society and Martha Kane during Pennyworth’s previous episode. Alfred’s doing so well in fact that he even sees fit to refuse Martha’s next (very lucrative) job offer, at least at first. “Lady Penelope” yet again conscripts Alfred into the affairs of the No Name League in the end however, as Martha must once again make contact with a mysterious person, in an effort to determine the identity of the Raven Society’s new leader. At the same time, Alfred stashes an increasingly anxious Esme with his parents, which finally allows Arthur and Mary to get to know their future daughter-in-law in earnest.

I will say that Esme finally gets a worthy storyline in this episode, which makes the payoff feel a little shakier, but we’ll get to that eventually. As you can imagine, Alfred’s tense alliance with Martha once again proves to be the main draw of this latest Pennyworth episode, with Alfred ultimately agreeing to Martha’s offer of, “Wedding expenses” after lots of persuasion, which takes him to the countryside, after Martha’s contact inevitably ends up being killed at Paddington Station. Well, I suppose that would have been too easy, wouldn’t it? Speaking of too easy, Martha finally meets Thomas Wayne right before the job begins as well, though nothing currently comes of this. This episode’s controversial story payoff might help to justify this banal first meeting between Thomas and Martha though. 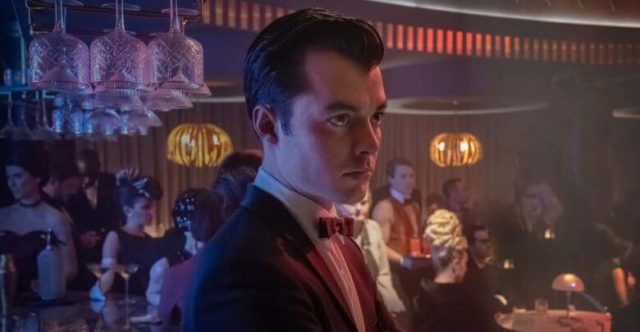 Going on a vague clue from the mortally wounded No Name contact, Alfred and Martha eventually end up at a secluded cafe, whereupon Alfred comes right out and asks to speak with the leader of the Raven Society. The resulting wait time presents a great chance to enjoy some really strong dialogue between Alfred and Martha as well, which in turn has the benefit of portraying a more vulnerable, less confident Martha for the first time. After narrowly escaping a subsequent shotgun attack, and accidentally killing the cafe’s owner in the process, Alfred and Martha then try to escape several Raven Society thugs, resulting in Martha being injured, and having to stumble to a nearby hospital. Alfred, meanwhile, voluntarily gives himself up, in hopes of being taken directly to the Raven Society’s top brass.

I have to admit that the way that this episode reveals the new Raven Society’s leader is pretty entertaining and unexpected too! While Alfred fruitlessly tries to snark his way into a meeting with the Raven Society’s new boss, Martha sees a doctor about her injured foot, which gets fixed up, before Martha passes out from apparent blood loss. The doctor, Frances Gaunt, tends to Martha afterward, where the two end up in a living room area, shortly before Frances shows a severed head to Martha! In what’s honestly a pretty solid twist, it turns out that Dr. Gaunt is the Raven Society’s new leader, one that comically doesn’t want the job, but will undertake the responsibility anyway, since none of the organization’s male authorities bothered to step up after Lord Harwood’s disappearance. Huh, I guess that means that Harwood was telling the truth about being the organization’s former leader.

Dr. Gaunt and her thugs nonetheless get incapacitated surprisingly easily at the hands of Alfred, which seems to be a running gag with the Raven Society lately, particularly since Gaunt doesn’t appear to be any more proficient at conflict than the now-homeless Harwood was. Regardless, Alfred and Martha hightail it out of the hospital, with their job complete, and Alfred is paid in full back at Martha’s place. Alfred once again tries to walk away at this point, but Martha nonetheless probes Alfred’s love of conflict, despite Alfred’s continued insistence that he’s a changed man, and wants to settle down. This is really starting to echo some of the former story material with Jim Gordon on Gotham, but there’s still at least one big shock for Batman fans in store here, as Alfred and Martha share a kiss! Alfred quickly walks away, confused and frightened at what’s happened, but I have to say that Alfred currently seems to have more chemistry with Martha than he ever did with Esme! That’s unfortunate, considering that not only does Martha eventually end up with Thomas, but on top of that, both of them are eventually killed in a Gotham City alleyway over a decade in the future.

As for Esme, like I said, she finally gets a better storyline in this episode, wherein she bonds with Arthur and Mary, while Alfred is on his job with Martha. It’s a little heartwarming to see Esme’s mousy charm finally win over Arthur especially, whom Esme asks to plan her wedding for her, before Alfred’s parents eventually fall asleep in front of the news. It’s a cute storyline, one that balanced the thrills and action with the core Alfred/Martha storyline very nicely. Disappointingly though, the payoff to this storyline is once again pretty lame. After Esme randomly gets the urge to go out and paint (why?), a mysterious person comes into her apartment, shortly before Alfred arrives in turn, only to find that Esme has been killed! This should be shocking and tragic, but this is another supposedly dramatic moment that ends up falling flat. Esme’s character always felt like a weak link in Pennyworth’s main ensemble, and it feels like the show could never figure out how to properly utilize her. Not only that, but Alfred’s previous kiss with Martha means that Alfred’s emotional connection to Esme is currently strained, and thus, it’s more difficult to believe that Alfred would be so completely broken by the loss of his fiancee. 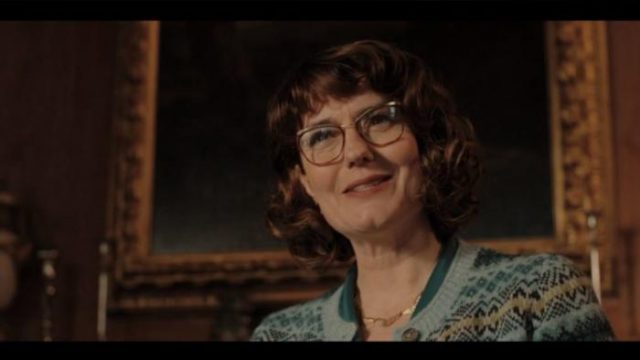 As blunt as it sounds, it’s probably a good thing that Esme has been killed off, hopefully allowing Pennyworth to more directly focus on storylines relating to Alfred’s growing resume with the No Name League. I will also say however that, “Lady Penelope” is quite possibly the best Pennyworth episode delivered to date, even with the standout Sykes sister storyline somewhat pushed to the side in this case, which simply entails a brief scuffle between Bet and Peggy that ends up seeing Bet fleeing to London, against her sister’s wishes. I can’t imagine that Bet will be too happy about the fact that Esme has been murdered, but hey, for all I know, Bet had something to do with it. Regardless, Alfred and Martha are proving to be a very enjoyable team on Pennyworth, which is why it’s great that the show gave them another mission, and one that was even better than the previous one in this case! The idea of a romance brewing between Alfred and Martha is also kind of interesting, even though, once again, we know it’s doomed to fail. Considering that Martha more openly plays into Alfred’s love of danger though, maybe Alfred will have better luck with his next doomed love, now that his previous one can finally stop getting in the way of Alfred’s true life direction.