Black Lightning has been stuck in a nasty narrative rut throughout much of its third season so far, but fortunately, the show appears to be rebounding a bit, now that it’s better able to shift the storytelling into its ‘Book of Resistance’ story pod. “The Book of Resistance: Chapter Two: Henderson’s Opus” nicely ups the stakes of the ASA’s iron grip on Freeland, putting Jefferson and Henderson at odds, when Henderson’s resistance is forced to turn to extreme measures in order to get more targeted metahumans out of the city. At the same time, Gambi enlists Lynn’s help to get him closer to the ASA mainframe, leading to the two discovering in person that Khalil is actually alive, and under ASA control.

One of the biggest surprises of the episode occurs right from the start, namely the revelation that Odell apparently survived his shooting from the previous episode. Odell is nonetheless in intensive care, and will probably sit out the show for a bit, but command of the ASA has been assumed by Sara Grey regardless, a more brutal, jackbooted commando-type, who has the ASA going door-to-door looking for safe houses, after Markovia’s apparent provocation during the shootout at Club 100. This is what motivates Henderson and Reverend Holt to try more aggressive tactics when it comes to getting through ASA blockades, namely by planting bombs as distractions, encouraging Henderson to make calculated risks about what means are necessary to get young metahumans away from Freeland proper. Black Lightning, of course, doesn’t allow bombs to stand though, disarming an explosive that was meant to create a diversion for a metahuman smuggling op, which naturally angers Henderson.

The idea of Jefferson and Henderson clashing over their differing ideas through which to fight the ASA is great, and immediately makes the ‘Book of Resistance’ pod feel more promising and rewarding than much of the ‘Book of Occupation’ pod that preceded it. There’s not a ton of focus placed on this spat between Jefferson and Henderson yet, but their conflict does lead nicely into Jefferson being talked into doing a big favour for Anissa; Sneaking Grace out of the city, since Grace can’t control her shapeshifting anymore. This forces Jefferson to put his differences with the resistance aside, despite the resistance also distrusting Freeland’s resident hero, and believing that he’s in the ASA’s pocket. Again, this doesn’t present too much of an immediate obstacle, but it presents great promise for the rest of the story pod, even though the next two episodes will likely have to fully sort this tension out, so that Jefferson can be free to fight in the upcoming Crisis on Infinite Earths crossover event, alongside The CW’s other flagship DC heroes.

As much as Grace provides another welcome way for Jefferson and Anissa to mend their strained relationship for the umpteenth time, while proving Black Lightning’s stripes as a defender of Freeland’s people, Grace once again being an annoying, contrived plot device is predictably tiresome. Jefferson and Anissa squabbling yet again already feels like a repetitive and tedious turn, but Anissa having to give Grace up again, simply because Grace adamantly refuses to get her shit together, even now, is also very irritating. There’s star-crossed lovers, and then there’s just a tired, over-complicated relationship that inexplicably keeps going because it’s a handy plot device for Anissa’s character in particular. Still, Grace deducing Jefferson’s superhero identity towards the end of the episode is a better turn, with Jefferson’s scent giving him away to Grace’s heightened senses. I feel like Grace should have figured out Jefferson’s identity sooner than this, but oh well, it was bound to happen either way, and I’m glad it finally did. 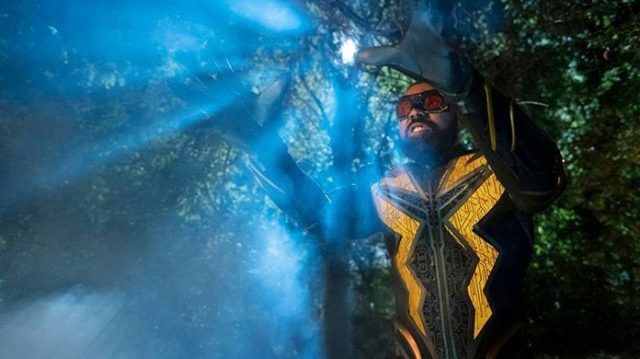 While the bulk of the ASA under Major Grey was kept busy in the core storyline surrounding Jefferson and Anissa, Gambi also breaks into The Pit, with some help from Lynn, to try and extract useful information about Khalil, and what kind of experiments the ASA is up to. This handily provides an opportunity for Lynn to learn that Khalil is still alive as well, resulting in another promising conflict between Gambi and Lynn, who both see the resurrected Khalil very differently. Gambi insists on euthanizing the revived Khalil, but Lynn refuses to, especially when she can pull up memories that prove the old Khalil is still alive somewhere in his possessed body. Lynn ultimately kicks Gambi out of the room in the end, seemingly winning the argument, but this could end up having very dire consequences later, especially when the episode ends with Khalil being sent after Black Lightning this time! That’s something very cool to look forward to, since Khalil should be a very worthy opponent for Jefferson, especially when it’s not currently known whether Jefferson will end up siding with Lynn or Gambi, when it comes time to decide how Khalil should be definitively handled.

This leaves Jennifer’s subplot, which was unfortunately a bit of a weak link in this case. Jennifer spends most of this episode trying to talk to Brandon about his powers, and what ended up happening when they encountered each other in Brandon’s living space. After Brandon tries to push Jennifer away however, Jennifer claims that she can trade info on Dr. Jace to Brandon, in exchange for combining their powers more. This is fairly interesting, but Brandon pulls out of the experiment early, and Jennifer ends up giving him nothing on Dr. Jace, resulting on the whole subplot feeling like a waste of time. Jennifer seems to get the information on Dr. Jace regardless as the episode is winding down, but for now, there’s no payoff with Brandon. Instead, these two characters ended up right back where they started, merely taking up space in an episode that already has plenty of more interesting story developments going on. 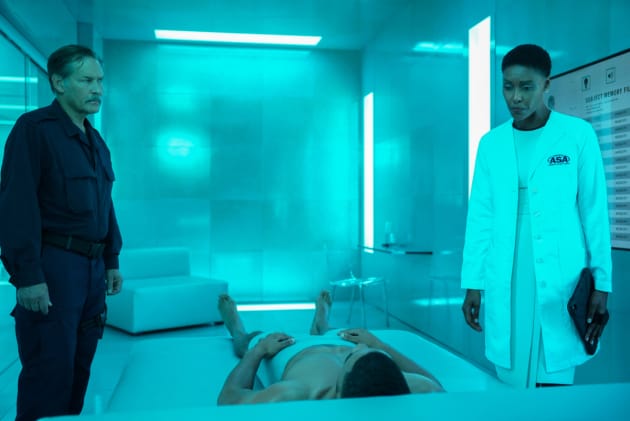 That said, it is nice to see Black Lightning starting to improve again, after the show seems to have especially struggled over the past several weeks. There are many more promising conflicts beginning to brew within the ‘Book of Resistance’ story pod, as Jefferson and Henderson find themselves at odds in the battle against the ASA, while Lynn and Gambi in turn disagree about whether or not to euthanize Khalil. Viewers have seen how dangerous the resurrected Khalil truly is at this point as well, and the fact that he’s about to be turned on Jefferson will no doubt spell trouble for the show’s heroes. The series’ usual annoyances still remain at times, especially with Grace yet again being used as a contrived plot device for Anissa, and even Jefferson in this case, but all in all, Black Lightning is finally tightening its storytelling, as well as making it more interesting. Even as Markovia once again disappears into the background, the heavy-handed ‘protection’ of the ASA still presents enough problems for Freeland to keep busy with, especially when the city’s finest are beginning to properly take a stand against their oppressors.