NOTE: Spoilers from throughout the sixth and final season of, “Silicon Valley” are present in this review

It’s been a long six-year journey for Pied Piper, the little compression company that could, within the perpetually fame-and-riches-hungry universe of HBO sitcom, Silicon Valley. The show has garnered over forty Emmy nominations throughout its run (though it only ultimately won two), and while its popularity has declined a bit since it first premiered in 2014, the series nonetheless remains a standout comedy for the HBO catalogue. Perhaps some of the show’s humour ended up being dulled, after the reality of our actual tech world started to become stranger than fiction, but Silicon Valley nonetheless saw its comical vision of the modern tech industry through to the very end, finally coming to a conclusion in 2019, with a further-shortened sixth and final season that spans seven episodes.

The final obstacles facing Richard Hendricks and his friends at Pied Piper proved to be quite memorable as well. After starting the season by seemingly achieving the very success that they’ve fought for for years, and now being prepared to launch Richard’s revolutionary decentralized internet, Pied Piper is facing some very creative last-minute scrutiny. Some of this comes from the likes of familiar foes, like Gavin Belson and Hooli, while other antagonistic forces are realized from all-new threats, such as shady investor, Maximo Reyes, who ends up presenting another devil’s bargain for Richard. Some of these story developments unfold and conclude as one would expect, though fortunately, Silicon Valley still finds room to surprise viewers in its last batch of episodes, particularly with a subversive overall conclusion that may leave some lingering viewers divided. 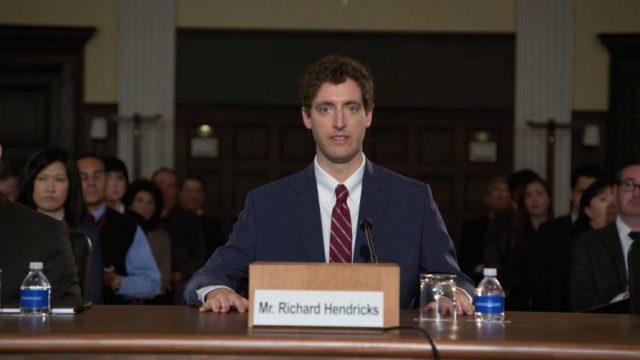 If there’s one thing that Silicon Valley kept strong through to its end however, it’s the humour and character performances. Richard and the Pied Piper team remain lovably fame-seeking anti-heroes, with Richard in particular now reaching the ultimate conclusion of his growing megalomania, as the head of what’s now one of the biggest and most exciting companies in the world. Some more familiar running jokes, like the Dinesh/Gilfoyle rivalry, also continue to shine. Surprisingly though, Dinesh ended up being a little bit shafted during Silicon Valley’s final season, despite a healthy count of subplots surrounding Gilfoyle, which is certainly odd, considering that, among the show’s lead cast, Kumail Nunjiani currently appears to be enjoying the biggest level of star power in Hollywood. Regardless, Gilfoyle nicely picked up the slack, particularly when it’s Gilfoyle’s decisive save that ultimately plays a big role in the bittersweet downfall of Pied Piper, during Silicon Valley’s series finale.

Speaking of, that ending is not going to be to everyone’s tastes, like I said. After Gilfoyle’s A.I. manages to stabilize the new internet shortly before launch, with Pied Piper also having defeated all of their enemies, leaving YaoNet US destroyed, and Hooli under the company’s new acquisitions, a chance discovery by Richard ends up outing the fact that Pied Piper’s new decentralized internet will effectively destroy encryption measures, leaving everything from bank codes to nuclear weapons completely accessible to anyone. Sure, the nukes angle is a bit of a stretch, considering that nuclear weapon technology is intentionally kept aged and obsolete in the real world, so that it can’t be hacked, but the concern is nonetheless valid. Thus, Richard and his friends have to make one very difficult final decision to determine the fate of the world, ultimately choosing to sabotage their own launch and destroy Pied Piper, rather than destroying the world for a paycheque, and a chance to be permanently enshrined in tech history. It’s bittersweet, and a little tragic, but it’s also nonetheless uplifting, especially when the leads reunite many years later in 2029, having found renewed success in different fields during the time since.

As much as Silicon Valley’s subversive, yet happy ending is smart though, it’s also true that not every character gets a satisfying resolution during this final season, even while it’s properly unfolding. New antagonist, Maximo is introduced way too late in the game to make a real impact, for example, with YaoNet US being ultimately destroyed without hassle a few episodes later. Not only that, but Laurie being thrown in prison as a result of her supposedly illegal dealings (which is where she’s seen after the series finale’s sequence of events moves to ten years later), happens almost entirely off-screen. Lastly, this final season for Silicon Valley really doesn’t seem to know what to do with Jared, who leaves Pied Piper in favour of bumbling around at the old incubator, only to take on a mentee, who leaves him for YaoNet US, resulting in Jared being rehired by Pied Piper. Well, what was the point of Jared leaving Pied Piper in the first place then? He just ended up right back where he started. Even Jared’s quest to track down his birth parents ends up not mattering in the end, since poor Zach Woods is merely bounced around as the script demands. I doubt this matters much to Woods however, who already has another promising gig lined up with HBO, namely as one of the leads in the premium cable platform’s upcoming sci-fi comedy series, Avenue 5.

Another regular Silicon Valley presence that gradually loses steam as the season goes on is Gavin Belson. Gavin starts out plenty strong during the season’s first few episodes at least, with Hooli facing an acquisition by Amazon, only for Gavin’s pride to end up getting him severed from most of his company assets, and left with merely the name. Even this doesn’t matter however, since Gavin subsequently fails to block a Pied Piper acquisition, on account of posing at a charity run (in one of the best extended gags of the season), and despite Richard provoking Gavin into launching a company-threatening investigation against his rival, Gavin simply just… Goes away after that. Nothing ever comes of this investigation. Much like Laurie’s downfall after YaoNet US crumbles, Richard and Gavin ultimately bury the hatchet off-screen during the series finale as well, when Richard ends up taking a job as a professor within Gavin’s new ‘Tethics’ initiative. That feels like a lame way to end the core rivalry behind Silicon Valley’s events, even if Richard and Gavin managing to find some common ground after abandoning the tech world is nonetheless fairly heartwarming.

Oh, and for those curious, no, T.J. Miller’s Erlich Bachman doesn’t ultimately appear again during this final season for Silicon Valley. Erlich’s fate remains perfectly ambiguous, even during the series finale’s future events of 2029, after Jian-Yang steals Erlich’s identity, and uses it to launch a tech pirating empire out of Vietnam. That’s another short-changed character, but considering that T.J. Miller has probably burned all of his bridges with HBO by this point, I suppose Erlich’s absence from even Silicon Valley’s series finale is inevitable. Despite not being able to give every character a fully satisfying ending however, Silicon Valley’s final season nonetheless feels just as smart and funny as any of the show’s recent offerings overall, particularly when it manages to bring the show’s constantly growing narrative stakes to such a clever, subversive conclusion in the series finale. Some viewers may be disappointed with the show’s ending, and may feel that all of the lead characters’ efforts to change the world are ultimately in vain, but I don’t think so. To me, the most noble and inspiring response to all the money in the world is rejecting it in favour of the greater good. Amid the years of laughs, Silicon Valley made me believe that such a world is possible, and I’ll always love it for that.

Silicon Valley: The Final Season Review
The sixth and final season of Silicon Valley brings the series to a funny, smart and subversive conclusion, even if it can't do justice to every lingering character arc.
THE GOOD STUFF
THE NOT-SO-GOOD STUFF
2019-12-24
85%Overall Score
Reader Rating: (0 Votes)
0%