Better Call Saul seemed to have a big season finale planned with Season Five’s penultimate episode last week, which was a serviceable, but disappointingly dull offering that somewhat disturbed the show’s momentum as it headed into the current season’s last episode. Fortunately however, “Something Unforgivable” represents a pretty great rebound for the series, one that beautifully foreshadows huge developments to come for the upcoming sixth and final season, while also bringing Nacho’s treachery with Lalo to a violent head. At the same time, Jimmy and Kim once again find themselves on the fringes of the law, when a career decision by Kim ends up sparking a terrible, but potentially lucrative idea.

If there’s one thing that’s definitely surprising about this week’s season finale for Better Call Saul, it’s the fact that Jimmy/Saul himself isn’t really a big part of it. Instead, it was Kim and Nacho that primarily took the story focus for the end of Season Five, with even Mike and Fring being nudged into the background here, as the series prepares some kind of shocking fate for two personalities that are very clearly not present during the events of Breaking Bad. This is a big part of the reason why this season finale feels so gripping, even while it’s another super-sized episode with a deliberately slow burn pacing. Hell, the only thing Jimmy and Mike manage to do in this episode is argue with each other and their allies, without really accomplishing anything on their own. At least this makes sense in Jimmy’s case though, as he continues to hide from Lalo, this time in an expensive hotel room. 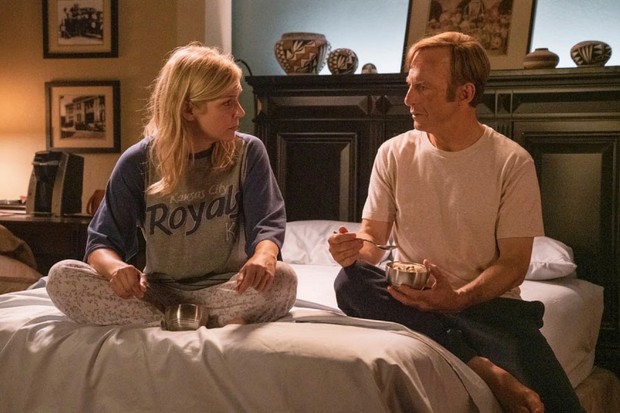 Kim, however, is determined not to let fear of Lalo get in the way of her career goals. Against Jimmy’s protests, Kim goes to the courthouse to take on a bunch of pro bono work, which leads to a duo of standout scenes that really bring home an especially fantastic season for Kim’s character. The first of these has Kim getting a glimpse into the DA’s case room, and seeing the staggering amount of criminal cases in all shapes and sizes, shortly after requesting twenty felony cases to work from the ADA. This left Kim on her legal back foot pretty quickly, just in time for a confrontation of sorts with Howard, after Kim mentions to Howard in an elevator that she left Mesa Verde and Schweikart & Cokely. Howard responds to this by telling Kim about Jimmy’s bowling ball and prostitute assaults, which Kim dismisses with raucous laughter, only to later confess to Jimmy that she knows Howard is telling the truth about those incidents.

Surprisingly though, Kim doesn’t end up being angry about Jimmy accosting Howard, nor turning down Howard’s job offer to work at HHM, rather publicly. Instead, Kim finds herself just as fed up with the system that Howard represents, and begins pitching increasingly outlandish ideas to prank Howard with Jimmy, also doubling as a way to pull Jimmy out of his anxiety over Lalo. What begins as a playful exchange about ways to make Howard miserable then ends up spiraling into a legitimately sinister, but strangely ethically challenging idea from Kim; Sabotaging Howard’s career by making Howard appear to embezzle, coerce and manipulate the case against Sandpiper, which would tank the Sandpiper case and force a settlement, in turn also paying Jimmy out with a seven-figure, 20% fee. This would simultaneously ruin Howard, while setting Jimmy and Kim up for success, and result in big payments to everyone else involved with the case. Kim subtly emulating Jimmy’s own Saul Goodman finger gesture while Jimmy tries to protest this dubious legal act was a beautiful way to cap off this scene too, effectively teasing one of the major storylines for next season, while showing that Kim has now gone to the dark side as much as Jimmy, if not more. 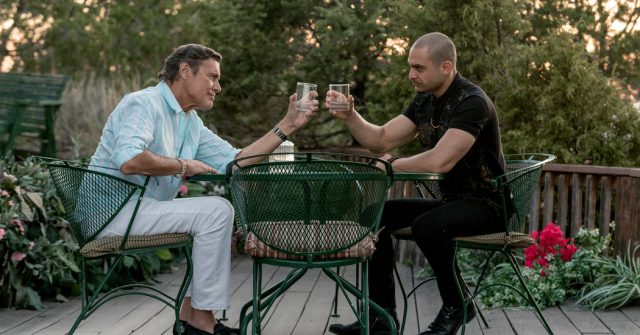 Considering that Kim is not around during the events of Breaking Bad, it would appear to suggest that this plan ends badly, or is perhaps successful, seeing that Howard is also not around during the events of Breaking Bad, but possibly necessitates that Kim disappear with Jimmy’s winnings. Or, Kim runs afoul of the cartel and winds up dead. This is looking to be an increasingly likely fate for Nacho, in fact, after Fring once again refuses Mike’s pleas to allow Nacho to exit the cartel game. Instead, Nacho is once again forced to accompany Lalo past the Mexican border, where he meets Juan Bolsa and Don Eladio, presenting Nacho his own opportunity to move up in the Salamanca cartel. Outwardly, it looks like Nacho is actually benefiting from current developments with the cartel, but as audiences know, Nacho is actually there to see to it that Lalo is killed. This assassination attempt, naturally, serves as the backbone of the climax for this season finale.

Herein also lies one of the only potential downsides to this otherwise superb season finale for Better Call Saul however; Considering that Saul Goodman directly questions at one point if Walter White and Jesse Pinkman were sent by Lalo early on in Breaking Bad, observant Breaking Bad fans would immediately put together that this doesn’t add up with the timeline of events (nor Jimmy blaming Nacho for some currently unknown incident), and thus, the assassination on Lalo can’t possibly be successful. Sure enough, Lalo, in a rather unlikely fashion, ends up taking out an elite squad of mercenary commandos single-handedly, after Nacho allows them into a Chihuahua property of Lalo’s, and attempts to flee. This is pretty unlikely, especially considering that the mercs are weirdly inept when it comes to perimeter management in order to make this story turn work, not to mention the fact that Lalo can inexplicably dangle a heavy assault rifle, and fire it down a tunnel, without breaking every bone in his arm! 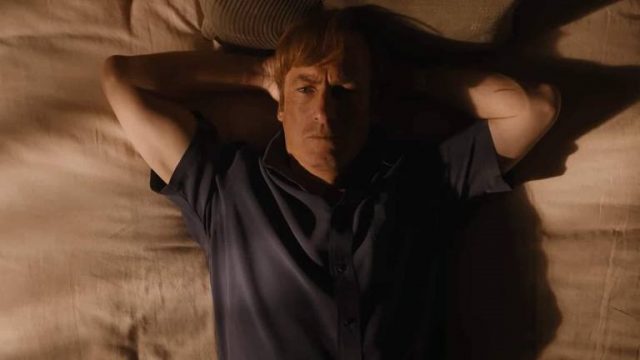 Still, even if that otherwise intense assassination attempt is predictable in its lack of success, Lalo’s brush with death is nonetheless an exciting way to close out Better Call Saul’s fifth season, alongside Kim seemingly talking Jimmy into ruining Howard’s legal career, for the greater good of all other parties involved in the Sandpiper case. This duo of huge developments, particularly Lalo appearing to be fully aware that Nacho is the one who ordered the hit on him, excellently sets the stage for Better Call Saul’s upcoming sixth and final season, even if the ongoing COVID-19 pandemic will likely disturb development of the show’s final episodes to some degree, and possibly leave us waiting as long as 2022 to see how this series ultimately ends. That’s going to sting, because, “Something Unforgivable” manages to cap off the season with a huge swell of dramatic momentum, leaving Breaking Bad/Better Call Saul fans in agonizing suspense for likely significantly more than a year. Better still is that the personalities we know aren’t going to make it into Breaking Bad exceptionally got to take center stage here, with even Jimmy himself left to be secondary to the inevitability of tragedy that’s sure to come, for those who merely have the misfortune of being in the orbit of Saul Goodman.