NOTE: Full spoilers for this episode of, “The Boys”, including multiple major character deaths, are present in this review

The Boys has been building up plenty of tension between its various factions over the past several weeks, and true to form, that tension comes together in an explosive, violent climax during this week’s season finale. “What I Know” pits the Boys in a decisive battle against both Homelander and Stormfront, after Becca finally makes her way back to her husband, begging him and his crew to get her son back. Meanwhile, Hughie and Annie scramble to try and salvage the disastrous, bloody first attempt at a Vought hearing, by appealing to a broken and destitute Queen Maeve, right as The Deep and A-Train both find their big opportunity to officially rejoin The Seven.

Season Two’s many mysteries and conflicts all come together to outstanding effect in this season finale, and while the wait has been challenging at times, due to The Boys’ new distribution method as a weekly series, it’s also been undeniably worth it. “What I Know” easily stands as one of the most exciting, satisfying and entertaining episodes of this show’s sophomore season, allowing Season Two to close out very strong, while presenting even more thrilling possibilities for The Boys’ already-confirmed third season. Even the smallest, least spotlighted season arcs find a way to deliver some big twists and bigger shocks here, and this especially feels true for the lesser Seven members, who have often struggled to fit in with the rest of the more compelling story material throughout this season.

Fortunately, now that everything is coming together, The Seven find their place in the series’ ensemble again. With Butcher and the Boys, save for Hughie, ready to just throw up their hands and go on a Supe killing spree after the failed Vought hearing, Hughie and Annie have to work extra quickly to try and convince Queen Maeve to be their new star witness, something that Maeve predictably rejects. Inevitably though, Maeve does come around to assist the protagonists in the end (hey, even The Boys isn’t that cynical!), when Butcher actually carries out the op to steal Ryan back from Homelander, drawing Stormfront away in turn by leaking her private data to the press, and thus exposing her as an immortal Nazi hiding in the modern world’s midst.

But wait, how could the Boys get their hands on such valuable Stormfront intel, you may ask? Well, that comes via another very inspired Seven twist, namely when Mr. Edgar has a private meeting with Alistair at the Church of the Collective, and Edgar is talked into allowing The Deep back into The Seven, but not A-Train. This is because Edgar has to please Stormfront as well as the Church, and Stormfront obviously resents the fact that A-Train is a black man. Overhearing this treachery, A-Train then steals the information on Stormfront from the Church’s archives, and hands it straight to Hughie and Annie, declaring that he’s now even with Hughie, following Hughie saving his life during the Season One finale. This is a fantastic payoff to A-Train’s brief stint at the Church, while also finally acknowledging Hughie’s controversial decision to spare A-Train while he was dying of a heart attack, even though letting A-Train die would have solved all of Hughie’s problems, on top of avenging Robin. Even among the dysfunctional celebrity superheroes of The Seven, one good turn still sometimes does deserve another!

Thus, the pieces are in place for the Boys to directly take on Homelander and Stormfront, though thankfully, they only truly have to engage the latter. After Homelander chances upon a unit of Vought soldiers that Butcher summoned in an effort to secure Ryan, the result of Butcher cutting a deal with Mr. Edgar beforehand (a deal he goes back on, after Becca insists Butcher spare Ryan from returning to Vought’s custody), Homelander is kept busy interrogating the soldiers, while Stormfront actually attacks the Boys, enraged at them for ruining her reputation. Most of the Boys are obviously no match for Stormfront, and even Annie and Kimiko struggle to do much damage to her at first, though eventually, Queen Maeve (somehow) appears, and lends a hand, eventually forcing Stormfront to retreat, and make her way back to the fleeing Butcher family.

The super-powered women exchanging blows may have contributed the majority of the action to this season finale, but it’s the dramatic confrontation between Stormfront and the Butcher’s that serves as the biggest emotional gut punch of this episode, and this season. After Stormfront nearly chokes Becca to death, following Becca stabbing out Stormfront’s eye (in a violent, but fitting nod to the male Stormfront also losing his eye in the source comics), Ryan tries to use his heat vision to save his mother, successfully baking Stormfront into a heavily wounded state of delirium. Becca, however, is also struck in the neck by Ryan’s heat vision, and is left quickly bleeding out, using her last minutes of life to beg Butcher to find a proper home for Ryan, and not allow him to be taken by Vought or Homelander. Homelander does return to try and seize Ryan shortly after this, but once again, a Maeve ex Machina bails out Butcher, after Maeve drives Homelander off by showing him blackmail footage of the Flight 37 crash. 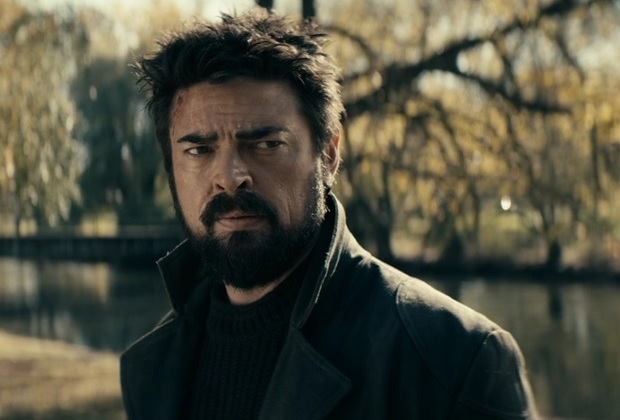 This feels like a satisfying end for all, even though the villains are certainly not defeated. Vought remains barely fazed by the loss of Stormfront, who is seemingly being held in a specialized prison at some unknown location (if Vought’s PR message is to be believed), but Ryan is nonetheless turned over to Mallory in order to find him a good home, while Butcher and the rest of the Boys seemingly hang up their metaphorical guns, at least for now, having been cleared of their fugitive status, alongside all criminal charges against them. Hughie also distances himself from the Boys at this point, in turn rekindling his romantic relationship with Annie, so that he can go work for Victoria Neuman, fresh off of her huge political boost in the wake of the Stormfront scandal. Finally, Hughie can truly work for the good guys, and keep all of that blood and guts off of him!… Right?… Maybe?

Yeah, The Boys had one last outstanding curveball to throw viewers as Season Two wound down. That’s impressive when you consider that the infamous cut scene from Season One, wherein Homelander masturbates over New York’s skyline while declaring he can do whatever he wants, is put back into this Season Two finale’s epilogue montage, albeit made to cut away right before Homelander climaxes. Satisfying, if also disgusting! Anyway, After Alistair appears to get away with his own dirty dealings, securing a lucrative tax break and endorsement from Victoria, he triumphantly opens a Fresca… Only for his head to explode! Alistair being suddenly killed in the same shocking fashion as Susan Raynor, and the various victims at the Vought hearing, is shocking enough on its own, but even better is that the mysterious head burster is at long last revealed towards the end of this episode, and it’s none other than Victoria Neuman! Wow! Turns out, Victoria was a Supe the whole time, adding yet another interesting new layer to the character, who has already had a gender swap and occupation change from her male counterpart in The Boys’ source comics, Vic “The Veep” Neuman. The question remains though, is Victoria truly one of the good guys, or just another villain hiding in the middle of the ongoing war between Vought and the Boys? 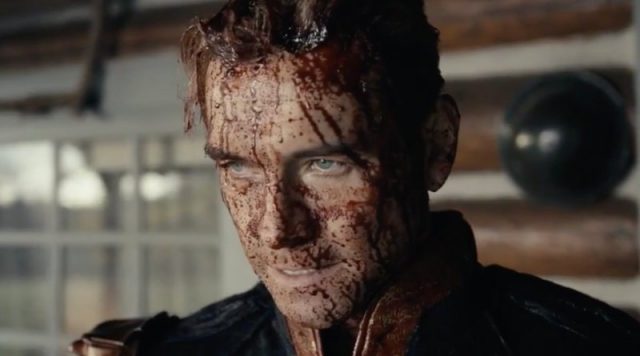 The big Victoria twist is a fantastic tease for The Boys’ upcoming third season on its own, and that’s before one is left to ponder what’s next for the Boys, Vought and the Church of the Collective alike. Ultimately, there’s nothing to really complain about with, “What I Know”, which knocks it out of the park by delivering an excellent, airtight and highly satisfying season finale for The Boys’ sophomore run of episodes. Sure, Queen Maeve being an easy Deus Ex Machina for the season’s climactic conflicts may get on the nerves of some, but it is nonetheless good to see Maeve finally stepping up in some small way, even if she remains separated from Elena for now. Outside of that, every climactic turn for every faction, along with their subsequent resolutions, and hints for where the characters might go next season, fully hit the spot, and brought home every ongoing story arc on The Boys to excellent effect! Despite Becca’s tragic death, and Vought being as strong as ever, The Boys does appear to be teasing that it will bring its eponymous lead characters fully onto the level of the source comics in Season Three, complete with government funding, and perhaps even their own Compound V supply.

I have every bit of faith that The Boys is set to keep finding new and creative ways to keep upping its twisted ante from here. The end of Season Two sees the series continuing to build as much momentum as ever, and even if Vought remains surprisingly unscathed for now, they still have plenty of reasons to be afraid of what’s to come from Butcher and his Boys!

The Boys 2.8: "What I Know" Review
The Boys delivers an excellent, wholly satisfying finale for Season Two, as the search for Ryan leads to a brutal final battle with Stormfront.
THE GOOD STUFF
THE NOT-SO-GOOD STUFF
2020-10-14
94%Overall Score
Reader Rating: (0 Votes)
0%