The end of Lawton is upon Fear the Walking Dead, and with it comes the end of Virginia’s reign of terror. The series is quickly headed into the next phase of Season 6’s storytelling as of this week, featuring developments originally meant for its midseason premiere, though they’re now being presented an additional week into the back half of Fear the Walking Dead’s sixth season, following the show’s COVID-19-related delays. Just as last week’s actual midseason premiere ended itself on a heartbreaking twist as well, the death of fan-favourite gunslinger, John Dorie, that twist ultimately carries major consequences for Virginia and her rangers, as Virginia’s enemies start closing in around her.

As far as a climax for Virginia and Lawton go this week, one really couldn’t have asked for a better episode here. “Things Left to Do” sees Morgan facing the latest test of his convictions, as a brief gunfight at Lawton sees Grace and Daniel captured by Virginia’s rangers, while Morgan takes Virginia herself away from the other survivors, trying to keep her safe amid an earth-shattering revelation. It initially feels like Fear the Walking Dead is once again regressing Morgan’s character back into an illogical, reckless pacifist and do-gooder, as he too often was last season, but a big bombshell by Virginia does nonetheless alter the perspective behind most of this season’s events so far– Dakota is not actually Virginia’s sister, but is, in reality, her daughter! 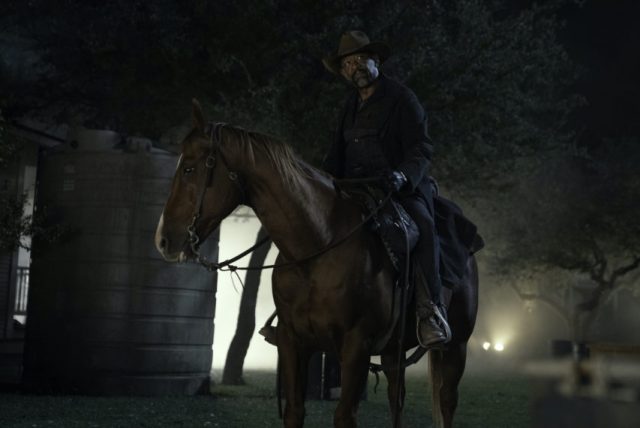 This seems like a fairly inconsequential twist at first glance, but when re-framing Virginia’s actions through the eyes of a mother, rather than an overzealous sibling, suddenly, the heavy-handed reign of Virginia, and the iron-fisted rule of Lawton, slowly begins to make more sense, as does Virginia covering for Dakota, following Dakota’s murder of Cameron. Knowing she’s facing certain death, Virginia thus begs Morgan to take her to Dakota, so she can tell Dakota the real truth in person. This gives Morgan a better incentive to follow through with preserving life, even the life of his most bitter foes, despite being pursued by the MRAP and Sherry’s crew, as well as the vengeful desires of Strand, who now commands what remains of Virginia’s rangers.

This also effectively doubles as the first real look at Morgan’s burgeoning community, which has actually made huge progress off-screen. Al and Dwight oversee the community’s borders, with Alicia and Charlie also assisting other survivors from within. Naturally, no one is happy to see Virginia, but Morgan nonetheless pledges to honour Virginia’s deal of willful exile, alongside Dakota, in exchange for the safe return of Grace and Daniel. Seeing Morgan try to stick to these principles ultimately works a lot better than the more senseless story progression of last season as well, complete with a legitimately intense stand-off, after Sherry’s and Strand’s crews inevitably corner Virginia within Morgan’s unnamed community.

This forces Morgan to entertain a public execution, with Virginia agreeing to volunteer herself to be killed, though only if Morgan is the one who executes her. Granted, this does rely a little bit on plot convenience, especially when the other characters don’t really have compelling reasons to indulge Virginia, especially when they’re as bloodthirsty as they claim to be. Regardless, Morgan does eventually appeal to their better angels, claiming that if they kill Virginia, their new community is already tainted, and it might as well be the next Lawton. Sure, this isn’t necessarily incorrect, but like I said, Fear the Walking Dead doesn’t always find a valid reason to indulge Morgan, or his allies here. It’s especially hard to believe that Sherry’s group, who have guns trained everywhere, and have no real stake in Morgan’s operation, don’t just blow Virginia away the second that Morgan starts dragging her back into his community!

Still, I guess Dakota did have to find out the truth regarding her real parentage somehow. As initially promised, Morgan gives Virginia a chance to tell Dakota the truth, and naturally, it doesn’t improve Dakota’s opinion of her mother at all. Instead, Dakota merely tells Virginia to leave, with June, who opts to enter the community alongside the rest of Morgan’s people (save for Strand), patching Virginia up shortly afterward, while Morgan and Alicia go back outside… But that’s not what’s really happening. After Morgan and Alicia leave, June pulls John’s gun on Virginia, demanding why Virginia covered for her daughter, and why John’s death is justified. Virginia makes no apologies, but it probably doesn’t matter anyway. After one last tearful confession that she was just trying to protect Dakota, June shoots Virginia in the head and kills her, walking out of Morgan’s community in the final seconds of this episode, along with John’s gun and hat.

This presents a nice mirror to John deciding to fight for life in the eleventh hour, only to succumb to his gunshot wound and die during the previous episode. Similarly, right as events with Virginia and Dakota appeared to be resolved, June took justice into her own hands, handily eliminating the threat of Virginia forever, while keeping Morgan’s own hands clean. Once again, Fear the Walking Dead is doing a surprisingly good job keeping audiences on their toes this season, challenging viewers’ pre-conceived notions by actively attacking the idea of a satisfying ending at times. After all, as Dakota says, not everything has to mean something. Hell, Sherry is even ripped away from Dwight yet again after this, with Sherry opting to stay with her current group, so she can resolve her own issues. This continues to move Fear the Walking Dead into an effectively darker direction, something that serves as a nice palate cleanser after the overly saccharine fifth season that came before. 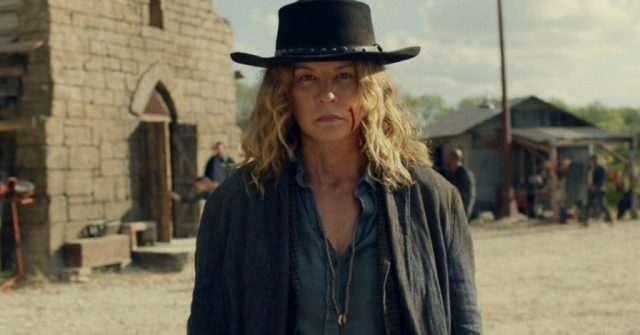 “Things Left to Do” presents a riveting test of Morgan’s principles, as he struggles to protect the woman that nearly killed him, all while being pursued by pretty much every major faction on the series at this point. It’s an exciting and dramatic narrative, and the undignified, thankless manner through which Virginia is ultimately killed by June does a great job of capping off Fear the Walking Dead’s Lawton story arc, while shifting the series toward a new threat, one likely even worse than Virginia ever was. This season has done a much better job of forging and refining Morgan’s ideals even into its back half so far, and I hope that the abrupt destruction of Lawton, along with the inevitable rise of that mysterious, “The End is the Beginning” faction, keeps those challenges going in an inspired way. Morgan’s community does appear to be flourishing so far, but as proven by Lawton, civilized rule in the walker apocalypse is very delicate, especially when there’s always some other crooked faction waiting in the wings to try and destroy any kind of human decency through their own acts of violence and self-preservation.