The stage is set for London’s darkest hour, even while Alfred and his friends appear to have successfully made off with Project Stormcloud. Unsurprisingly though, Colonel Salt has one last big trick up his sleeve, once again putting England’s last free city in mortal danger, right before the art of war in the Pennyworth universe is changed forever. “The Lion and Lamb” manages to deliver an appropriately exciting conclusion to Pennyworth’s sophomore season this week (once again, this episode is airing a week late here in Canada), as London hangs in the balance, while the show sets up a third season that Epix has yet to order at this point. Hopefully a renewal announcement is made before long though, because Pennyworth opens Pandora’s Box with the end of its second season, and the journey to that decisive turn is almost as compelling to boot!

So, as it turns out, I was right to suspect that Arthur’s apparent defection from the Raven Union was just another ploy by Salt. Arthur has no intention of saving London, something that he lets Alfred know rather early on, even before his emotional reunion with Mary. Truth be told, the Pennyworth family reckoning is certainly a dramatic highlight for this season as well, as Arthur must face the fallout from his convictions, and his disappointment and abandonment of Mary, only to ultimately receive love in return. This tragedy behind Arthur’s character is wonderfully portrayed, with equal parts rage and sincerity on Alfred’s part in particular, as Alfred and his parents must try and cope with the fact that Arthur’s murder attempt on The Queen has ensured that their family can never be truly whole again.

This is why it’s a bit of a let-down that Arthur is pretty much treated as a simple Deus Ex Machina after this thoroughly fantastic scene. This turn is kicked off after a rather humourous effort by Gully Troy to try and corner Alfred at home, and later at the English League HQ, which results in the accidental discovery that the capsule Alfred’s crew took out of Raven HQ is fake, Salt taunts the English League over the phone after this, revealing that London is doomed no matter what they do. Left with no other options, Thomas and Martha thus decide to get married, with Aziz officiating the quick affair. It’s a weirdly fitting result from Thomas’ and Martha’s otherwise tedious, drawn-out tension with one another throughout much of this season, and finally, through this long-awaited union, Pennyworth can take another major step towards setting the stage for its universe’s future Batman.

Before that though, there’s still the matter of Project Stormcloud, which Arthur simply tells Alfred and Dave Boy how to find, following Mary’s unexpected forgiveness of his actions. The idea of this season’s climactic race being against a cocky Salt’s ego is another bit of twisted comedic genius at least, even if it does feel rather convenient for the narrative, especially when Arthur unrealistically abandons his convictions simply because Alfred got angry enough about them. Still, the real Stormcloud capsule being buried in Lord Harwood’s coffin is perversely fitting, as is this moment being when Gully finally successfully corners Alfred, alongside Lucius. Fortunately, the men have some time to try and disarm Stormcloud… But that’s certainly not the only twisted surprise that occurs during the race to save London! 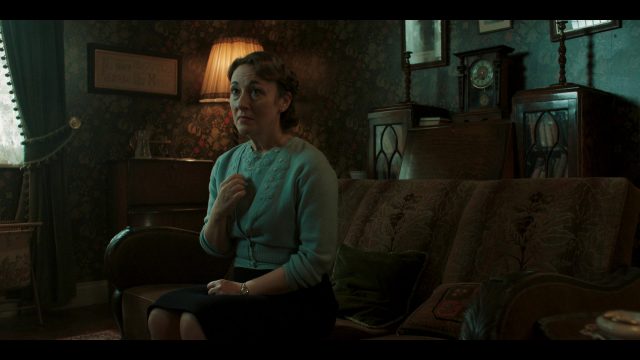 Just as Salt is smugly playing with his Stormcloud detonator, the Sykes sisters, Mrs. Gaunt and Vikki pay a visit to Salt’s chambers. Yeah, I guess they never left Raven HQ in the end, despite their delicate effort to extract Mrs. Gaunt from prison. Even so, Bet takes the opportunity to severely beat Salt, resulting in a bit of a scuffle that sees the Stormcloud capsule activated! Again, the defeat of Salt, and subsequent ascension of Mrs. Gaunt to his old rank, feels a bit too quick and easy to be believable, but the resulting predicament for Alfred’s group does nonetheless manage to be pretty intense! It has an equally shocking ending as well, since, being left with nothing else to lose, Gully ultimately decides to swallow the Stormcloud capsule. To mine and probably everyone else’s amazement as well, this plan actually works!… Though seemingly at the cost of Gully’s life.

Surprisingly though, despite all of the excitement that occurred throughout most of this episode beforehand, many of this season finale’s best twists were saved for the final ten minutes, which carry huge implications for Pennyworth’s future, as well as its placement in the live-action DC Multiverse! This extended epilogue section for the show’s Season 2 finale occurs shortly after Arthur unplugs his own life support, passing away (for real this time) after making his peace with Mary. This marks a bittersweet end to the tumultuous Pennyworth family drama, at least in its current form, but there’s no time to grieve! A six-month time jump ends up following this, which reveals that Mrs. Gaunt has re-branded the Raven Union once again, now calling it the, “New Raven Alliance”, and despite her outwardly purer intentions, the Raven’s have nonetheless continued their campaign to take London, finally making it into the city with the start of this big time jump.

This is where Pennyworth gets weird, and potentially controversial for Batman/DC fans in particular! Martha ends up going into labour right as the Raven’s infiltrate London to start, subsequently giving birth with Thomas at her side… To a baby girl! Yeah, I called this baby twist several reviews ago, it’s true, because Pennyworth showrunners, Bruno Heller and Danny Cannon have already proven at length that they’re not afraid to take major liberties with DC’s Batman Family mythology, especially via their previous Batman prequel series, Gotham. Speaking of Gotham, the birth of a baby girl for the freshly-married Wayne’s delivers more ironclad proof that Pennyworth takes place in a different universe than Gotham, or perhaps an altered, post-Crisis on Infinite Earths rendition of the Gotham universe. After all, Gotham’s Bruce Wayne definitely didn’t have an older sister! Hell, I don’t think any version of Bruce Wayne from any universe had an older sister, in fact! Thus, I’m very curious to see where Pennyworth takes this unexpected infant Wayne girl in a potential third season, especially now that we know for sure that Bruce won’t be born in the Pennyworth universe for a while yet.

Thomas’ and Martha’s new baby girl isn’t the only hard left turn for Pennyworth’s narrative either! Despite Heller’s and Cannon’s previous insistence that Pennyworth would be presented as a spy fiction series with an emphasis on portraying historical figures over recognizable DC personalities, it would seem that this was either an intentional misdirect, or a creative mandate has changed. Either way, we see that Bet and Katie are part of a London resistance movement against the New Raven Alliance, a movement that Alfred and Dave Boy also appear to be a part of… Alongside a revived Gully! Not only is Gully back from the dead already in fact, but he also wears a battle harness, which appears to spray Stormcloud gas that effortlessly defeats Raven soldiers, thus giving London a fighting chance against Gaunt’s forces. Yes, that’s right, Gully unexpectedly evolved into the Pennyworth universe’s first-known metahuman! This confirms that Pennyworth, should it be renewed again, will be embracing more sci-fi/comic book territory next season, with this season finale ending off as Gully, Alfred, Bet, Dave Boy, Katie and the other resistance fighters all charge toward the advancing Raven soldiers. 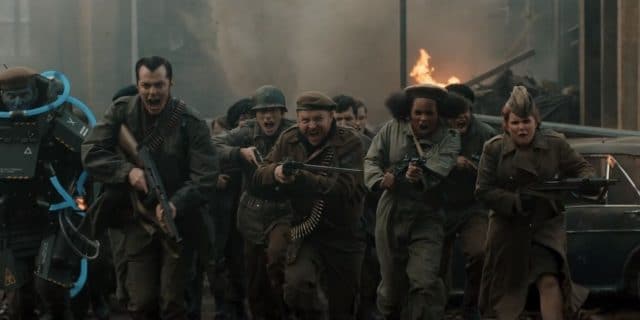 Pennyworth officially bringing in metahumans, despite its first two seasons almost exclusively focusing on more grounded, espionage-style conflicts, immediately presents a huge evolution of the show’s sensibilities, one that plays nicely into the core Batman Family struggle of escalation. After all, if London’s resistance has a metahuman among their ranks, it’s only a matter of time before the Raven’s come up with a metahuman threat of their own! Thus, “The Lion and Lamb”, while it has to force some overly convenient turns to keep the plot moving, caps off Pennyworth’s second season with a ton of excitement and style. It also beautifully sets the stage for a major reinvention of the series during a potential third season, one that Epix will hopefully announce soon.

Alfred’s origin story is evidently far from over. Pennyworth may have spent too much time finding its footing this season, but when it finally did, the payoff was very much worth it. Even with so much meandering and wasted time throughout this season’s early stretch especially though, this eccentric DC prequel series is clearly just warming up, and I can’t wait to see what’s hopefully next for it!

Pennyworth Season 2 Finale: "The Lion and Lamb" Review
Pennyworth delivers a somewhat contrived, but ultimately exciting, subversive conclusion to its sophomore season this week, as Alfred and his allies must make one last desperate effort to save London.
THE GOOD STUFF
THE NOT-SO-GOOD STUFF
2021-04-19
85%Overall Score
Reader Rating: (3 Votes)
58%