In the days before COVID, I spent a lot of time at bookstores, including both Chapters-Indigo and thrift shops selling used novels for a dollar or two apiece. Although I’d almost always leave the former with at least one previously read find, that wasn’t often the case with the latter, partially because of the fact that they charge more for books in store than they do online. Still, there were novels and writers who caught my eye, and resulted in extra investigation.

One such writer was Darcy Coates, whose numerous books rivaled few others in terms of quantity; at least when it came to the horror section, where she was perhaps only dwarfed by the master, Stephen King. I’d seen her name appear online, but had never actually looked at one of her books in person. They certainly sounded interesting, but what was the consensus? Pretty good, it seemed.

After originally balking at spending $20 or more per book, I bought a bunch of Darcy’s novels through Kindle Daily Deals, and scored them for maybe $2 a piece. However, because of my penchant of taking too much on, and the fact that so many books appeal to me each and every month, I didn’t get reading any of them. That is, until now, when I finally sat my ass down and decided to work on my owed review of The Haunting of Leigh Harker. It was something I’d requested on NetGalley, but hadn’t gotten around to yet. 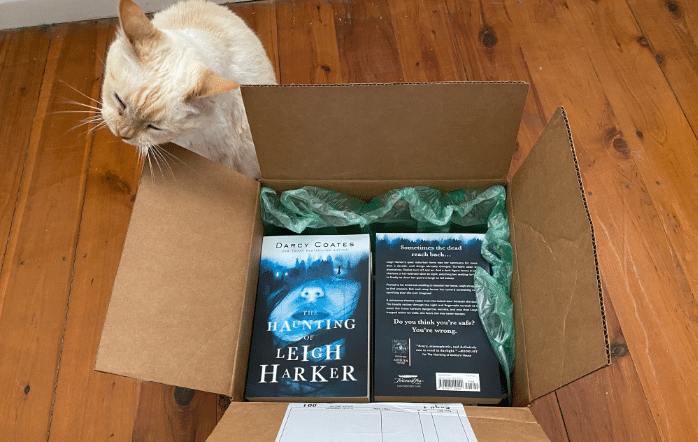 My apologies (to Ms. Coates and her publisher) for the delay!

The Haunting of Leigh Harker seemed like the right place to start because, despite being a new release, it’s a standalone title. One that covers something the young, Australia-based, author seems to revel in: ghostly hauntings.

This story begins as a young or middle-aged woman experiences a haunting. Trapped in her own bed, under a quilt she sewed herself, she finds herself afraid to move, so that a being who stalks her upstairs hallway won’t notice her wakefulness. Things then progress, as the narrator and main character does what she thinks best to protect herself from a being that is described as being gray, having long, stringy hair, and possessing circular eyes without any detail.

This is Leigh Harker, who is beginning to feel unsafe in the home that she’s resided within for fifteen years. Out of the blue, it seems, this weird creature has decided to make itself known, and she expects that it wants to harm her or take her life. Then again, anyone would. 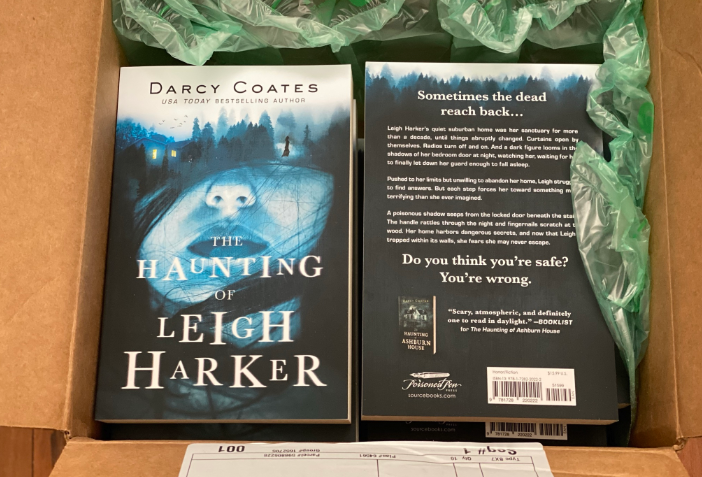 As the story progresses, the protagonist continues to be haunted, both visually and audibly, and fears for her safety. Her only respite is going to work at the local natural history museum, where she dates and labels artifacts. The home that she once rented, fell in love with and ended up buying, no longer feels anywhere close to safe. Granted, it doesn’t help that she’s the only one living within what is an older, five bedroom home. Then again, it’s by choice, because she’s both a loner and a spinster, and doesn’t really find socializing to be all that appealing.

The opening parts of this novel, and the nightmares within, are sure to creep almost anyone out. Although they can be a lot to take in, and can be a (tiny) bit confusing at times, they’re dark, decrepit, disturbing and worse. What makes them even scarier is their unknown source. Tedium does set in, though, because this goes on for about the first 90 pages or so, without much in the way of reprieve (or dialogue).

Once you get past the scary and oppressive opening, you’ll notice that The Haunting of Leigh Harker isn’t everything its back cover wants you to believe it to be. This book holds secrets, as does Leigh, whose haunting comes into focus as the pages dwindle.

At times, this can also be a different type of book, eschewing horror for more of a mysterious feel. Some will like this, but others won’t; especially those who are hoping for balls to wall scares that never let up. I, for one, enjoyed when the story calmed down some and focused less on scares and creatures and more on humanity. 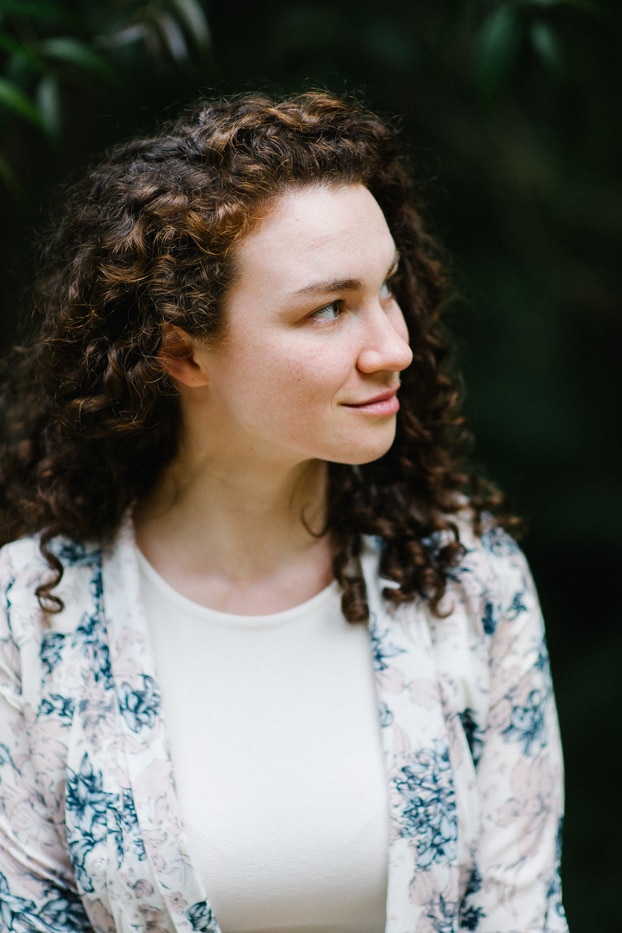 That said, there were times where The Haunting of Leigh Harker dragged, and where it didn’t live up to expectations. That happens, though. Perhaps my expectations were too high. Either way, I liked this story even if I didn’t love it like I’d hoped to. Some of it — including a couple of its big twists/reveals — were a tad too predictable.

The next paragraph will contain spoilers. Be warned.

I was naturally intrigued by the premise, and obviously wanted to know what was happening inside Leigh’s home. More specifically, I was curious to know why an otherworldly being seemed to be targeting her. However, when it was later revealed that Leigh was murdered by a 90 year old drug addict who’d been living in the bowels of her house, I almost laughed. After all, not only did he overpower someone half his age or less, but he strangled them mostly to death before pulling out a knife. Then, to make things even more absurd, it was revealed that this aged man had somehow dragged Leigh’s body into the crawlspace below her stairs, and down into a hidden room, wherein he lifted her into a freezer that was somehow also in the space. At 90 years old!

For the most part, this is a pretty well written tale, and one that will make the hairs on the back of your neck stand out. If you’re new to horror, or scare easily, it may also be too much in the beginning. There were certainly a couple of segments where I was slightly scared, and I’ve been desensitized to such books, movies, TV shows and games for years.

In the end, this one was just okay. However, after reading this sometimes spooky tale, I look forward to seeing what else Darcy Coates’ library has to offer. Lord knows I have most of her stuff on Kindle now, and need to get my money’s worth!

**This review is based on an early ePub of the book, which we received through NetGalley. Thank you to its publisher, Poisoned Pen Press, for approving us. Receiving a free copy did not sway my opinion though.**