Every year, we see a bunch of titles at each of the big three’s press conferences that seem like misfits among the Halos and the Splinter Cells of the show. This year, Microsoft had one such title, Wreckateer for Kinect.

Originally, we thought the game as a three-dimensional take on Angry Birds, and a rather poor looking one at that. We still don’t think it looks as good as it probably could if it was given some more love, but our overall opinion of the game changed when we played it. 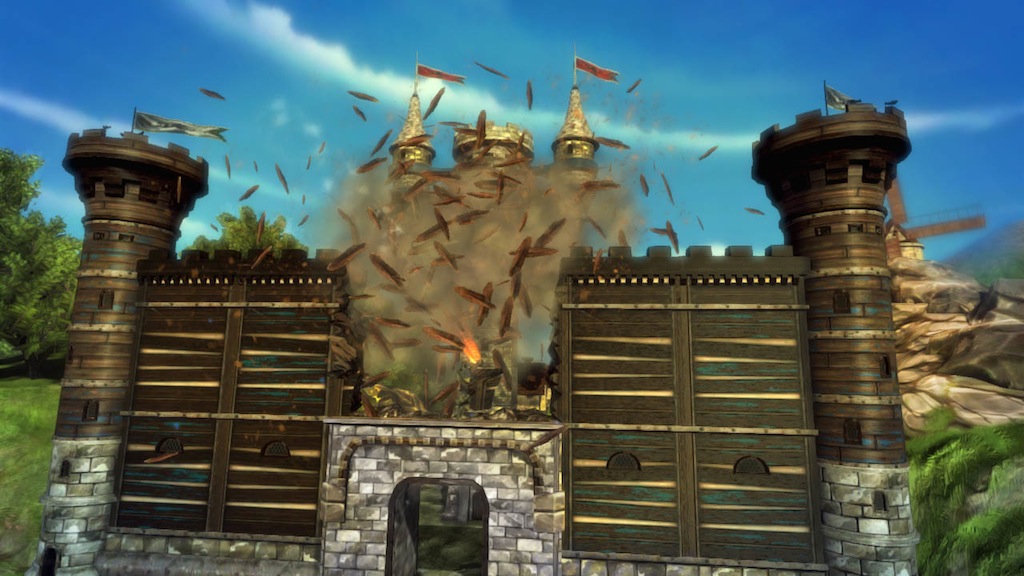 At first, the game seemed too childlike for our tastes. It isn’t exactly meant to cater to the first-person shooter crowd, but we don’t think the game would be any worse with a few grenades or shotguns.

Stepping into the pod in Microsoft’s booth, we took hold of, well nothing (this is a Kinect-based game, after all) and immediately got into the experience. You hold your hands together to grab hold of the sling, pull back, and release by opening your arms wide. It’s very simple, but in the same way that Angry Birds is a simple but remarkably fun game, Wreckateer is a ton of fun.

There are other mechanics in the game that bring everything together into a more immersive experience. For example, while the wrecking ball is flying through the air, you can wave your hands out at it and give it a spin in a certain direction, or raise and lower it using the same motion.

Other rounds include the ability to completely control the wrecker by extending your arms l Ike a plane and directing a chain of wrecking balls to demolish and entire wall or castle in one fell swoop.

Wreckateer isn’t going to revolutionize the world of gaming. But it is one of the big steps Microsoft is taking to revolutionize the way Kinect software is designed and how the human body really can be a controller. We expect Wreckateer to be a full fledged hit on the Xbox’s Summer of Arcade series and think it’ll actually bust through a couple of sales records in the process. It won’t beat out Call of Duty or anything, but in terms of what we’ll see online, we’d bet that Wreckateer is a top-tier title among online downloads.