Despite our assumption that we won’t be seeing new consoles in 2013, it seems that some people (perhaps with more information than us), are eyeing next holiday season as a launch window for the next generation PlayStation.

When Michael Pachter talked to Play Magazine, he predicted that Sony will do everything they can to not let Microsoft launch the new Xbox before the next PlayStation. This happened back in 2005 when Microsoft released the Xbox 360 almost one full year in advance of the Playstation 3. Pachter says, “I don’t think Sony wants to launch behind Microsoft again, so I’m confident we’ll see a PS4 in October or November 2013.” 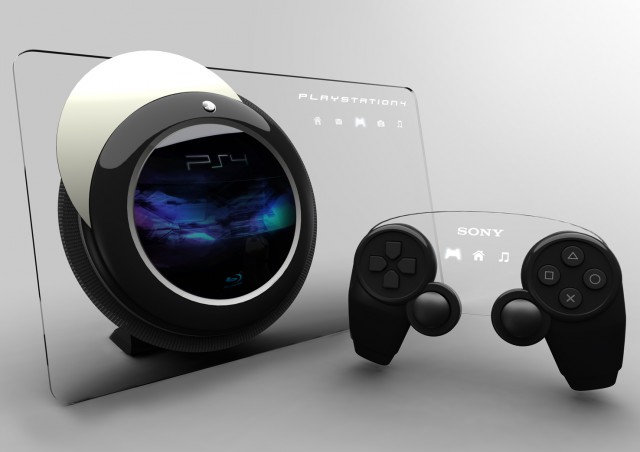 No, this isn't what the next PlayStation will look like.

He believes that in order to get a solid head-start on Microsoft for the release of their new console, Sony will have to release around those dates. Despite this being a guess, Pachter is known for his accurate predictions and knowledge in this area, so it’s a safe bet to agree with him.

“It isn’t likely that they will launch earlier, as it doesn’t make sense to get out too far in front of software, and I’m pretty confident that few developers have been working on PS4 games for more than a year or so. Holiday 2013 will be a comfortable window for Sony, and will give them a chance to get a head start on Microsoft.”

Pachter also predicts that the PS3 will encounter significant price cuts, and believes that it has around three years left before sales will dip significantly.

“The PS3 probably has a solid three years left for sales, so it should make it comfortably to a 10-year life span,” he said. “There are a lot of people who are uncomfortable spending $250 for a console, so I think price cuts to the $199, $149 and $99 [price points] will extend the life of a console.”

Predicting price cuts on a console that has its successor coming out in the next twelve months isn’t far fetched at all. The same thing happened with the Wii: Nintendo released updated Wii consoles before the Wii U that cost less, and they’ve just unveiled Wii mini. It’s common business sense and the games industry doesn’t buck the trend.

Sony has yet to release any official details on the PS4 (or whatever they’re planning its name to be), but of course, there’ve been plenty of rumours about games and console specifications.

The most common rumour going around lately is that the next PlayStation will have a 4K resolution which is essentially four times the resolution of current Full-HD televisions and monitors (1080p, if you’re a nerd like us). If true, this would be a huge leap for not just consoles, but entertainment in general. This is absurdly unrealistic in our opinion because as it stands now, PlayStation 3 doesn’t render every single game in 1080p, and until it does, we can’t expect the next leap.

Then again, everything at this point is a rumour. We guess we’ll just have to wait until Sony confirm the specifications before we start making assumptions.