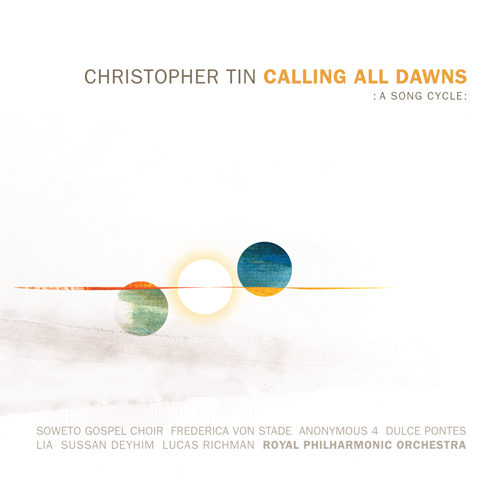 This month’s Music Spotlight is very close to us from both a musical standpoint as well as a video game one. We’ve met Christopher Tin on a few occasions at Video Games Live in Los Angeles, and have had the immense pleasure of chatting with him briefly about everything he does.

Christopher Tin is a composer who’s work covers many genres. He’s done a lot of film and commercial work, while he also does more orchestral pieces like one of our favourites, Baba Yetu.

We’re not huge into orchestral music (unless it’s tied to a video game), and even less into non-English music, but Baba Yetu is Swahili, and while the main theme for a video game, one that we never played: Civilization IV. Tin’s Baba Yetu is actually one of the most incredible pieces of music we’ve ever heard. It not only captures us on an emotional level, but gives us goosebumps when you realize that the Swahili lyrics are a translation of the Lord’s Prayer. The music begins softly and with a single vocalist, climaxes with a choir, and mellows again with all pieces of the orchestra and vocalists working together to peacefully end the song. It’s a stunning blend of rhythm that echoes life in its rapid ascension and descension.

It is pieces like Baba Yetu that make us such a fan. His album, Calling All Dawns, is easily one of the best albums we’ve heard, regardless of genre. It follows a clear path from morning awakenings to the settling of the night and back through the dawn, if you’re willing to listen for it. If not, his music is still well worth a listen, even casually. You can hear a lot of his tracks on his website.

It is definitely worth noting that Tin has actually won two Grammys for his work in music. The first Grammy ever awarded to a piece of music from a video game – Baba Yetu, as you might expect – was awarded to him in early-2011 for Best Instrumental Arrangement Accompanying Vocalist(s). His second win came at the same time for the album Calling All Dawns, for which Baba Yetu is the first song. The official win was in the category of Best Classical Crossover Album.

It’s very difficult not to be in awe of a composer like Christopher Tin. Before his mid-thirties, he managed to create some of the most beautiful and inspiring pieces of music we’ve heard. And while we know of them because of the video game industry, he is as great as he is without any connections to interactive entertainment. Listen to Calling All Dawns (iTunes Link) and let him know what you think of his music by following him on Twitter.