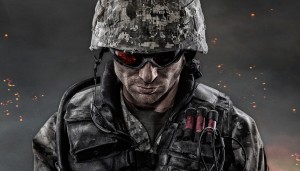 Late last week, VentureBeat posted an interview with Crytek CEO Cevat Yerli, who let them in on the goal to have Crytek be a completely free-to-play studio within the next two to five years.

He mentions that, in our market (North America), we tend to think of free-to-play games as subpar Facebook titles like Farmville or small mobile games that don’t provide much value. He then mentions some pretty big free-to-play titles that have all earned at least a small reputation for being good games. Titles like Hawken, Planetside 2, and  Team Fortress 2 all made his list.

We decided five or six years ago that we want to marry the quality of triple-A games with the business model of free-to-play,” Yerli said. “And out of that position, Gface and Warface were born. And at that time, we decided some other games, in some of our other studios, would head in this direction. But we kept pushing the quality bar higher on our console business, which is the main dominating business for the Western world, but we are observing, plainly — and we see this already with Warface — that the free-to-play market is on the rise. I think over the next two to three years, free-to-play is going to rival retail with quality games like Warface.”

We can’t necessarily disagree with him here. The amount of players a company can reach by offering up a triple-A title for free grows exponentially over the number of people who would’ve spent $50 or $60 to pick it up at retail or online. With that said, we’re not sure if that increase in people times the amount of money spent on in-game items and DLC would really make up for the loss in immediate revenue.

There’s also the issue of production costs and paying royalties to companies like Steam, Microsoft, or Sony if the games end up being available at retail as opposed to strictly online. As it stands now, console game developers pay a fee per title to develop for the Xbox 360 or PlayStation 3, and that fee is usually a royalty as a percentage of game revenue. It’ll be kind of difficult to charge a percentage royalty on a game that costs nothing at retail.

Warface, the game Yerli mentions, is actually Crytek’s first major free-to-play shooter and is expected to launch by the end of 2013. It is currently beta testing the game alongside Gface, the company’s platform it plans to use to link all Crytek games together. Think of it as Steam based around free-to-play titles. Yerli says Crytek wants to design their own platform before Steam manages to get very efficient with the freemium model themselves.

It’s interesting to note that Crytek has specifically mentioned trying to get console titles in the pipeline that are free-to-play, a model that has traditionally not worked for developers. He says that while the Western world is very much used to paying $60 for a game, the rest of the planet doesn’t work like that; they pay very little, if anything, for games upfront, and pay money as they use the game to buy in-game items and additional levels.

We’re satisfied with the interview because Yerli makes sure he notes that Crytek will still be making plenty of hardcore titles like their upcoming Crysis 3, which we just did a preview of. They will be pushing to make better games and make sure that they deliver on a wide-angle approach to cover most, if not all, of the gaming industry.

“We are just going to open it up and see how it works. We are always going to be a games-first company. We will always have our own development because we are all about making games. We provide technology, but technology is not our main driver. We make technology to make great games,” Yerli said. What a great way to put it.

What do you think about Crytek’s new position on retail titles and expanding into a strictly free-to-play model? Does it excite or worry you? Let us know on Facebook and Twitter, or sound off in the comments below!