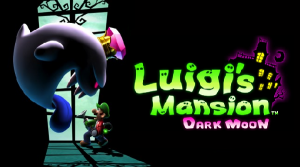 It’s about fricken’ time, isn’t it?

Satoru Iwata, in his Nintendo Direct presentation today, declared 2013 to be “The Year of Luigi” as the company is giving the man in the green hat some much needed recognition. They’ve got a few good reasons to back it up, including a list of games that he’ll be starring and co-starring in this year:

Luigi will be making an appearance in quite a few titles this year, and probably more than are mentioned above. We wouldn’t be surprised to see him make at least a small cameo in Mario & Donkey Kong: Minis on the Move and he’ll certainly be a playable character in the next iteration of the Super Smash Bros. franchise, though we don’t know if we’ll end up playing that this year.

Nintendo is doing good to show that Mario isn’t necessarily their favourite child, but we still think Luigi should get more love than he’s been getting. Perhaps a Paper Luigi series or Super Luigi World? Games like that would go further to extend the already great lineup of Nintendo core titles than another sports franchise, we think, but maybe big-N knows something we don’t!

Forget the Year of the Snake. This is The Year of Luigi!