Every year, Xbox Canada holds one or two X-Series events. They’re a place for Xbox LIVE Community members as well as the press to get together and experience the latest in the Xbox stable of games and interactive entertainment.

This past week, Microsoft held another such event, highlighting the way forward for Xbox LIVE as well as playing host to a handful of upcoming titles and some Xbox LIVE Arcade games.

We’re in the midst of full in-depth previews of Tomb Raider, BioShock: Infinite, and Gears of War: Judgment, so we’re going to focus on the online experience that Xbox 360 is offering, as well as the content that Microsoft is bringing to the table.

We spoke with Glenn Purkis, Product Manager for Xbox LIVE Canada sat down with us to discuss the awesome interactive entertainment apps that are already launched on the platform. The first big ones are Xbox’s real foray into sports in a way that parallels television and then expands on it. With NHL GameCenter, for example, alongside the Sports Picks app, you can make selections based on who you think is going to win the game and compare your selection with other hockey fans around the world. You can, of course, then watch the entire game on Xbox LIVE, in addition to catch highlights from previous games in the season and select highlights in the NHL’s history.

We also touched on SmartGlass and how the implementation of it is different than anything else on the market because it is a complement to the main experience on the television. It is not there to distract, but to add value to the entertainment you as a gamer or TV-watcher might consume. There are also a lot of different uses for SmartGlass, including use in apps like Internet Explorer and during shows like Game of Thrones, as we’ve seen recently. 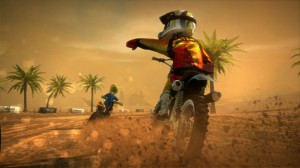 Glenn also made sure to explain to us how the Xbox brand is becoming less based around what we know as the Xbox 360 and more around the experience and a software platform. “You’re definitely seeing a commitment to partner with, ultimately, key brands and franchises out there, and introducing the platform … you’ve seen that in our commitment in sports,” he said. “What you’re definitely seeing is how we’re trying to work with our partners to leverage Kinect, voice and gesture … and search.”

The biggest point Glenn made to us was when someone asks, “what’s next?” and his answer is, “Xbox on Windows. You’re definitely seeing that with Xbox on Windows Phone and you’re seeing that the power of search in Windows 8 and how it can seamlessly search all the applications and that kind of experience.”

Really, it’s clear that Microsoft has developed Xbox from a hardware platform into an anything anywhere platform in a way that they maintain the gaming experiences they’ve brought to the table but still introduce new and fresh experiences going forward, and we can’t wait to see how next-generation experiences add to that.

We also happened to see a couple of Xbox LIVE Arcade games. Both Terraria and Motocross Madness were on display. The first is a kind of two-dimensional underground Minecraft, if that makes any sense. It’s a game that lets you build and dig and fight enemies while you craft your weird habitat. It’s definitely got a unique pixelated art style and we love the bright colours juxtaposed to what seems like a darker game.

Motocross Madness is a new first-party title for XBLA that makes use of the avatars from your Xbox account. The game is probably a spiritual successor to Kinect Joy Ride, though this time around, it’s all controller-based. Considering the game isn’t going for a hardcore feel, it is very polished and seems a lot more robust than we ever expected. It was actually called Avatar Motocross Madness when it was announced at E3 last year, and we’re guessing the removal of the word “avatar” in it is just for perception.

Microsoft had a very impressive showing of both first- and third-party games alongside some really compelling interactive entertainment content as well. If this is what they’ve got at what is likely the tail end of the Xbox 360’s lifecycle, we can’t wait to see how they’re going to kick off the next-generation of Xbox.