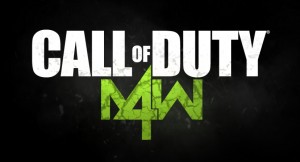 A video was posted about a week ago by a user who claims to have leaked information (from a “very legitimate source”, no less) about the next game in the Call of Duty series. YouTube user Drift0r claims that the next game will be a follow-up to the Modern Warfare games, though it will be subtitled Ghosts.

Ties to the Modern Warfare name seem to be few and far between, as the game will reportedly be branching off in a new direction. According to Drift0r, Ghosts will be set in the future as one might expect, but a key story point causes players to use only current day weapons. We can’t imagine what kind of event might require soldiers to use weapons only up to a few years before its events, but we’ll give Infinity Ward the benefit of the doubt here, assuming any of this is factual information.

Another interesting tidbit is mini-games in the multiplayer lobbies. Drift0r says that, rather than waiting in a menu screen between games, players will be able to play mini-games to kill some time. These screens are also dynamic and moving, so players across the globe might be able to see what you’re playing while they wait, though, of course, none of this is even close to confirmation.

Infinity Ward is seemingly taking a big step here as movement and player controls are also said to be changing up in Ghosts, with a new “dash into sliding while shooting” action. Prone and crouching will also be changed while corner-peaking returns.

Spec ops is also another big change, as it is being replaced by something new, though what that is doesn’t get mentioned in the video. 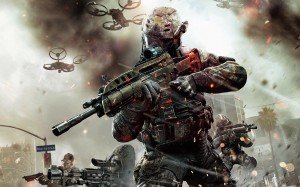 Environmental interactions will be big this time around, both on the positive and negative end of things. There will be more things in the environment that can hurt you, but also more to interact with. We’re not sure we’ll be seeing any Assassin’s Creed-style tree climbing any time soon, but you never know if you’ll be able to roll yourself into a ball and hide in a crate. That’d be a neat trick.

Perhaps most interesting about all this information is that the game is said to be released only on next-generation platforms (and PCs, natch), making it one of the few games we (potentially) know about to be next-gen exclusive. If that turns out to be true, it’ll be quite a gamble seeing as it would mean no current-gen consoles would have a new Call of Duty this year, a first since 2006’s Call of Duty 2. We’re not so sure it’s a move Activision is willing to make, but with a bit of coercion from the console manufacturers, having the next CoD only on next-gen consoles could certainly spur some sales of the new machines.

We’re also going to go out on a limb and say that the Wii U won’t qualify as a “next-gen console” by the time Sony and Microsoft release their new boxes.

Drift0r claims that Activision will be announcing the new game on or around May 1st. That’s a pretty easy one to call as Activision has a habit of announcing their latest Call of Duty game in May (usually with a short teaser video), reveal more at E3, typically at Microsoft’s press conference, and then follow-up with the release of the actual game in November. We’ve said it before and we’ll say it again: we’re pegging Call of Duty: Whatever It’s Going to be Called with a November 12th release date. It works for the dating nomenclature Activision loves so much: 11/12/13. And hey, it’s a Tuesday.

Take a look at the video below for all the tiny details, though don’t get excited about the footage because it’s just someone playing Black Ops II. Until we hear more from Activision or Infinity Ward, stay tuned to Eggplante!