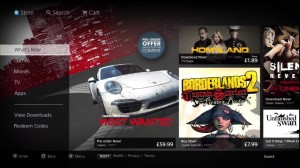 There’s a lot of money to be made in this video game business, or so we hear. So when the question comes up of why a next-generation console is not backwards compatible through all previous generations, we tend to have the same answer: money.

Imagine the value Microsoft could plop down on its next-generation Xbox if they come out and say that the console will play Xbox 360 games as well as original Xbox games without any sort of patch, additional purchase, or other requirement. It would instantly boost the playability of their new console, early adopters might be more willing to flock to it because they don’t have to buy a new game right away, and it keeps people in the Xbox ecosystem.

But despite the potential uptick in console sales, Microsoft would likely lose millions of dollars as a result. Sony and Nintendo, who each have console histories much longer than Microsoft’s, could stand to lose even more.

Nostalgia sells. And when nostalgia doesn’t sell, console manufacturers put it on sale anyway. Publishers lobby for consoles not to be backward compatible because they know that people who love their games will gladly pay for them again, putting more money in the developer, publisher, and console manufacturers’ pockets. 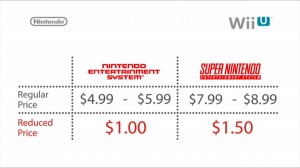 Sure, there are growing pains with each new console, and for the most part, consoles are backwards compatible by one generation. In fact, every console since the disc-based Nintendo ones have been backwards compatible one level, and Sony and Microsoft have also kept up that tradition.

It’s an interesting point that we’ve come to with Nintendo that they continue to release new versions of their Virtual Console for each system, keeping each one completely separate, and forcing someone to buy the games they’ve bought over and over and over again. And we do it because we’re suckers. And we love Mario.

Microsoft, however, has only been at this once. They said from the beginning that the Xbox 360 would be backwards compatible with most games, and for the most part, the Xbox 360 works flawlessly to render original Xbox titles. But will Microsoft blaze a new trail and allow Xbox and Xbox 360 games to be played on its upcoming console? Even with emulation, the raw power of the next generation console will be able to run Xbox and Xbox 360 titles without a hiccup, right?

We’ll have to wait and see, but don’t hold your breath. It is a very real possibility that Microsoft follows Sony’s path and releases their console without any sort of backwards compatibility. They could, of course, hedge their bets by enabling backwards compatibility as well as making older games available online.

What do you think about backwards compatibility? Should it be enabled or is it okay to charge for games you may already have? Does that keep developers in business or is it just a cash grab? Sign off in the comments below and on Twitter and Facebook!