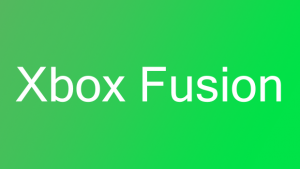 Speculation regarding the identity and feature set of the upcoming next-gen Xbox console, set to be unveiled for the first time during a private event on May 21st, has reached staggering levels! After Sony drew back the curtain on their own upcoming next-gen contender, the PlayStation 4 back in February, gamers have been eager to see how Microsoft will respond. The unveil may be mere weeks away, but we may have gotten our first hint about a very important name to be a part of the next-gen arms race!

Microsoft has recently registered multiple web domains relating to something called ‘Xbox Fusion’. These domains include: xboxfusion.com, xboxfusion.info, xboxfusion.biz, xboxfusion.de, and xboxfusion.co.uk. Whatever ‘Xbox Fusion’ is, we can certainly deduce that it’s going to be a key name in Microsoft’s next-gen console strategy. Gamers are already tossing around numerous theories, with the most prevalent being that this could in fact be the official name of Microsoft’s upcoming next-gen console itself, currently codenamed ‘Durango‘ in the Microsoft offices, and informally referred to as ‘Xbox 720‘ by the majority of the gaming community. 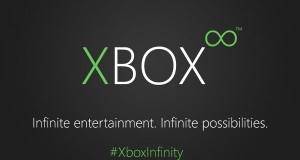 The theory that ‘Xbox Fusion’ may be the name of the console holds a fair bit of water. Microsoft has made inter-device connectivity, and the idea of their current Xbox 360 console being an ‘entertainment hub’ for the living room, a huge focus in the Xbox brand’s marketing platform. Logically, this would be taken even further in the next console generation, particularly with the recent launch of the Xbox Smartglass initiative, which allows second-screen interaction between certain Xbox 360 content and mobile devices. Thus, a name like ‘Xbox Fusion’ would theoretically make sense for the console itself, since it would logically have a focus on pushing this ‘entertainment hub’ idea even further, effectively ‘fusing’ multiple living room-enabled devices into one accessible, cohesive network of entertainment options, with the next-gen Xbox in the center of it all.

On the other hand however, other possibilities do exist. ‘Xbox Fusion’ could be the name of a new type of service that the upcoming Xbox 360 successor may provide. It could be a reference to a digital platform allowing legacy Xbox and Xbox 360 titles to be available on the upcoming new console, likely along with the digital Xbox Live Arcade library currently available on Xbox 360. This would go in hand with the very probable assumption that the next-gen Xbox will not be backwards-compatible with Xbox or Xbox 360 discs, particularly with Sony already confirming that the PS4 is currently shipping without any degree of backwards-compatibility.

The name could also reference a new form of PC-to-console interaction, particularly when combined with recent insider rumours that the next-gen Xbox’s operating system and user interface will be based heavily on Microsoft’s recent OS release, Windows 8. This is less likely, since the current Xbox 360 console already has a central dashboard that heavily resembles Windows 8, and can already easily interact with media and other such files stored on your PC, a feature that’s even shared by Sony’s competing PS3 console. It would also somewhat negate the idea of Xbox Smartglass, even if that’s mainly taking advantage of mobile devices like tablets. Still, it’s not outside the realm of possibility, since Microsoft has already made attempts to combine their console and PC gaming platforms, most notably with the now-defunct Games for Windows initiative. It’s possible that they may be using the next-gen Xbox console as a chance to try again. 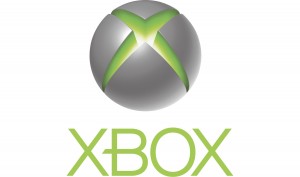 Whatever the case, many frequent rumours have already popped up about the console, even if a hefty chunk have been met with a negative reaction in the gaming community. The most infamous of these is that the console will demand a persistent online connection to function, with many drawing the conclusion that this will mean that Microsoft will be shoving continual subscription fees down their user base‘s throats. This also led to the infamous ’Deal with it’ controversy that we previously reported on, leading to the resignation of ex-Microsoft creative director, Adam Orth. Other negatively-received rumours include the console requiring an improved variation of the Kinect motion camera to interact with, or worse yet, completely refusing to play used or borrowed games. Thankfully however, this same second-hand game rumour frequently came up with the PS4 (then code-named ’Orbis’) leading up to its announcement, only for Sony to assert during the console’s reveal that it was completely false. Still, Microsoft has come under heavy fire recently for their apparent anti-consumer practices and their seemingly draconian business policies already in place with the Xbox 360, particularly from indie developers such as Number None (Braid), Polytron (Fez) and Vblank Entertainment (Retro City Rampage), and this has gamers nervous that these rumours may in fact prove to be true.

Regardless however, we must bear in mind that nothing has been definitively proven yet. Anything could happen when the console is finally unmasked on May 21st. For a detailed report of this event when it arrives, as well as what ‘Xbox Fusion’ may or may not turn out to be in the end, be sure to keep your browsers locked to Eggplante!