We can’t count them all, but Microsoft has packed a ton of new features into its new controller for Xbox One.

While we absolutely love the Xbox 360 controller, and many thought it would remain untouched, Microsoft has actually made quite a few changes to the beloved device that hopefully serve as welcome improvements. 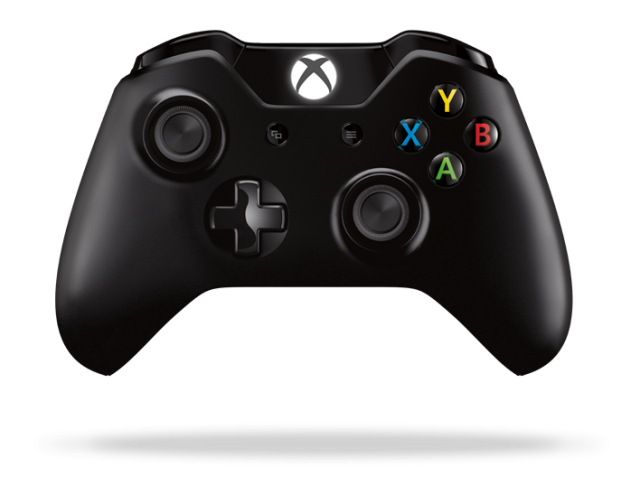 The overall design is clearly based on the original controller with the same upper-left / lower-right analog stick placement. However, the similarities seem to stop there.

When we thought of a controller redesign, we expected the transforming d-pad from the later series of Xbox 360 controllers would be a given. However, Microsoft has gone with a much more familiar plus-shape for a lot more precise response above and beyond the 360’s circular d-pad.

The other big change is an apparent lack of Start and Back buttons, though whether or not the two face buttons that are on the new controller will double for their function remains to be seen.

A very interesting addition is what a Microsoft engineer jokingly called “HD rumble” as the new controller has tiny rumble motors in each of the two triggers on the top edge of the controller. This is to provide more feedback, and we’d guess it would be functional in a variety of games. Shooters are the obvious bunch, but imagine a driving game which rumbles the trigger when you attempt to switch gears with too many revs. The trigger (clutch) fires back a response that makes you think you should probably not be playing a racer unless you set the transmission to automatic.

The face of the controller has a very flat design and the built-in battery pack does away with the bulge that exists on the current controller. The buttons are also slightly flattened and more vibrant. The plastic mould of the controller comes in a glossy and matte mix, echoing the design of the console itself.

The new controller also has about 15% less latency compared to the previous one, which might explain why existing controllers are not going to be compatible with the new console.

Finally, the analog controls seem to be drastically different with an almost weave-like texture running the circumference of each stick. It looks remarkably comfortable and even a tad bit like the DualShock 4’s bottom case.

We’ll see just how this controller plays out (pun intended) when we get our hands on it at E3 in a few short weeks!