If you were hoping that Microsoft would defy Sony by embracing backwards-compatibility, then we have bad news for you; The Xbox One is not backwards-compatible with Xbox or Xbox 360 games, period, be they digital, or physical copies. This includes Xbox Live Arcade games unfortunately, which will only be playable on an Xbox 360. Despite Xbox Live Arcade purchases not transferring to Xbox One however, movies and other such media content purchased on an Xbox 360 can at least be transferred to an Xbox One, without needing to purchase them again.

The news comes straight from the VP of Microsoft’s Xbox Live division, Marc Whitten, who has said, with no element of ambiguity whatsoever, that previous Xbox and Xbox 360 software will not work at all in an Xbox One. This sadly goes in hand with Sony also announcing during their own next-gen console reveal back in February, that their competing PlayStation 4 will not be in any way backwards-compatible with previous-generation PlayStation games. This includes current-gen PlayStation 3 games, both digital and physical. 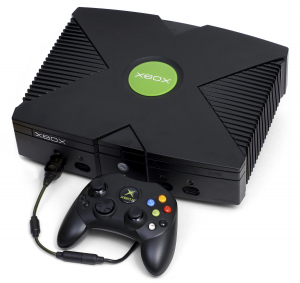 sible. This officially makes Nintendo’s Wii U the only new console to feature any degree of backwards-compatibility for the next hardware generation. The Wii U supports retro Nintendo releases on its own Virtual Console platform, and it is also compatible with any and all Wii games, both digital and physical, as well as any and all Wii controllers and accessories, which are even supported in numerous dedicated Wii U games.

The difference with this news on Sony’s end however is that Sony is currently trying to find a workaround with Cloud company, Gaikai, which was recently acquired in full by the PlayStation maker. During the PlayStation 4 reveal, Sony’s reps said that backwards-compatibility in the form of digital re-releases, a la Nintendo’s Virtual Console platform, is possible for the PlayStation 4’s later years. Microsoft however, was far less forthcoming on the issue. On the same breath as the confirmation that the Xbox One will not be in any way backwards-compatible, Whitten also confirmed that Microsoft has no plans to add the feature in later. He did however say that Microsoft is committed to supporting the Xbox 360, even after the launch of Xbox One, and that their current-gen platform will not simply be scrapped at the moment their next-gen platform arrives.

Backwards-compatibility, despite still being embraced by Nintendo at least, seems to be rapidly becoming a thing of the past. As console engineering becomes more and more advanced and cutting-edge, it seems that the increasingly advanced architecture of these platforms is completely inhospitable to both hardware and software of prior generations. Still, it is it disheartening to see Microsoft so bluntly shoot down the notion of adding in a digital platform for vintage Xbox and Xbox 360 releases later on in the Xbox One’s life cycle.

So, put simply, don’t sell your Xbox 360, nor its games and accessories, to try and find a financial shortcut to a likely pricey Xbox One console. It looks like you’ll still need them!